Yangtze is a long river , the longest river, and the most abounding in Eurasia, the third river in the world's affluent and length. It passes through China and it has a length of about 6300 km and a basin area of 1808.5 km ².

The source of the Yangtze is located west of Mount Geladandun Thang, in the eastern Tibetan Plateau at an altitude of 5,600 meters above the sea level. The river flows through the eastern region of Qinghai Province, and then turns south and by a deep valley, which serves the boundary between Sichuan and Tibet reaches the Yunnan Province. The Sino-Tibetan mountains are located in this valley. The main dumping height is from 5 thousand to one thousand meters where the river changes direction several times and forms a deep gorge, such as the Tiger Leaping Gorge. The navigation of riverboats starts from the Shuyfu County of Yunnan Province. Closer to the city of Yibin, which is located at the entrance of the Sichuan basin, the river descends to an altitude of 305 m, and near the height of the river city of Chongqing is about 192 m of the sea level. Flowing through the Sichuan Basin, the Yangtze River merges with the major tributaries of the Min River and Tszyalintszyan, which significantly increases its volume. At the 320-kilometer stretching from Chongqing to Yichan, Yangtze clears a height of 40 m, flowing in deep gorges, which are known for their beauty and their complexity of navigation. Breaking further through the Wushan mountains, the river serves as a natural border between the provinces of Chongqing and Hubei, and forms the famous "Three Gorges". The world's largest hydropower facility, "Three Gorges" was built in this area. On the territory of the Hubei Province , the Yangtze waters of numerous lakes replenish, the largest of which – Dongting is located on the border of Hunan and Hubei. In Wuhan, the Yangtze is merged with its largest tributary - the Han river. In the northern part of Jiangxi Province Yangtze takes water in China's largest freshwater the Poyang Lake. The river then flows through the province of Anhui and Jiangsu, and finally empties into the East China Sea near Shanghai. Yangtze passes lower through the Tszyanhanskuyu plain and in the southern part of the Greater China Plain, where the river is often divided into branches, with the width of the main channel of 2 km and more. Near the confluence of the Yangtze delta, the river forms an extensive area of about 80 thousand km ². Four of the five major freshwater lakes in China flow into the Yangtze river.

The average consumption of water near the mouth is of 34 thousand m ³ per second, the annual runoff is estimated at 1070 km ³ (the 4th place in the world). Yangtze has a solid stock of more than 280 million tons per year, which leads to the rapid growth of the delta - an average of 1 km for 35-40 years. A large number of impurities is also due to the yellow river water. During the monsoon in early summer, the water level in the Sichuan basin rises to 20 m and in the lowland parts up to 10-15 m. The tides are distributed along the river for 700 km from the mouth (to the city of Jiujiang.) To protect against the repeated devastating floods a system of dams with a total length of more than 2.7 thousand km was created. To some extent, the effect of flooding is reduced near the Poyang Lake and Dongting taking huge amounts of flood waters of the Yangtze. Severe floods were in 1870, 1896, 1931, 1949, 1954 and in 1998. The water of the river is widely used to irrigate the rice fields, particularly in the Sichuan Basin and in the lower reaches. The Yangtze River is the main waterway of China. The navigable section starts at the foot of the Sino-Tibetan mountains and extends 2850 km to the East China Sea. Naval ships of up to 10 tons can be lifted to the city of Wuhan. The total length of the waterways of the Yangtze basin exceeds 17 thousand km. The river is one of the busiest waterways in the world. The volume of freight traffic in 2005 reached 795 million tons. Along the coast of China is the Grand Canal connecting the Yangtze with the Yellow River. Since 2002 China has embarked on a project to transfer water from the south to the north from the Yangtze basin in the Yellow River.

On the banks of the lower reaches of the Yangtze River the civilization emerged in the southern China. In the “ Three Gorges” area , evidence of human activity was found 27 thousand years ago. In the Spring and Autumn Period in the western part of the Yangtze, the kingdom of Shu was located. The kingdom of Chu occupied the central part of the river, and the kingdoms of Wu and Yue were the lower reaches of the rivers. Although the area of the Yellow River at the time was richer and more developed, the mild climate favored agriculture. The economic importance of the region of the Yangtze River began to grow starting with the Han dynasty. The irrigation systems in the north-west of Chengdu (including the famous Dutszyanyan system) for the period increased the efficiency of agriculture. Historically, the Yangtze River was several times the border between the northern and the southern China because of the difficulty of overcoming it. There were a lot of battles along the river, including the famous Battle of Red Cliffs in 208, in the Era of the Three Kingdoms.

Bridges on the Yangtze

"Fog on the Yangtze" is a song from the album of Boris Grebenshchikov. At least two endangered species: the Chinese alligator and the Chinese paddlefish are found in the Yangtze river. The Yangtze Delta is the only habitat of alligators outside the U.S.A. For the first time the river was traversed by boat, from its source to its mouth in 1986, by a group of Chinese athletes. The Mao Chairman has repeatedly committed swim in the Yangtze River. According to the official media, on 16 July ,1966, he swam 15 kilometers for 65 minutes, that was the signal of the beginning of the Cultural Revolution. In 2004 Martin Strel from Slovenia swam 4003 miles on the river from the Tiger Leaping Gorge to Shanghai. The Yangtze River, or, as it is called in China, Chang Jiang is the longest river in China, the longest river in Eurasia and the third largest river in the world after the Nile (Africa) and the Amazon (South America). The name derives from an ancient river ferry, called the Yangtze. Often, it became the first word, which heard the European merchants and missionaries, so the name was transferred to the entire river.

In China, the Yangtze name is obsolete, so the Chang Jiang means the longest river. Like many long rivers, which in the old days people rarely saw each other, the Yangtze is traditionally called in each place differently. In its source, in the Himalayas, it is called Dangku (the wading river), just downstream it has a frivolous name Tuotuo, and then the Tongtian (river, passing through the sky). Once the sky ends and begins the plain, the river is called Zhinsha which means - the golden sands. Yangtze originates among the Himalayan ice, at an altitude above 5,000 meters and over a relatively short distance down to 1000 meters. That’s why, the river has to fall all the time and dodge through the gorge. All these is quite picturesque, but swimming is dangerous and boating too.

Write your Review on The Yang Tse Kiang River and become the best user of Bestourism.com 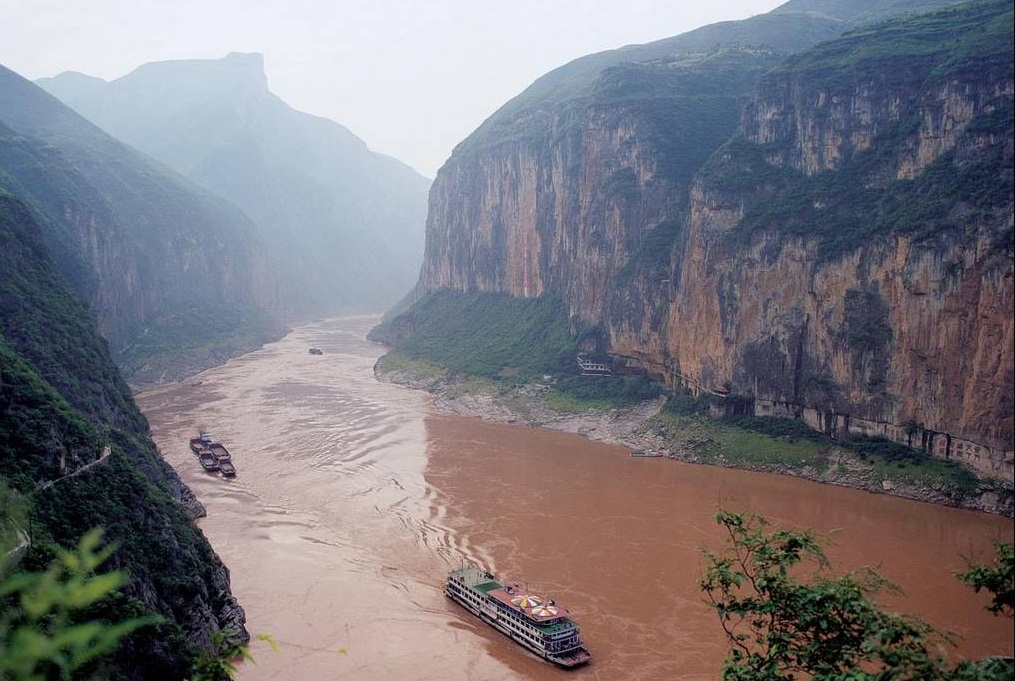 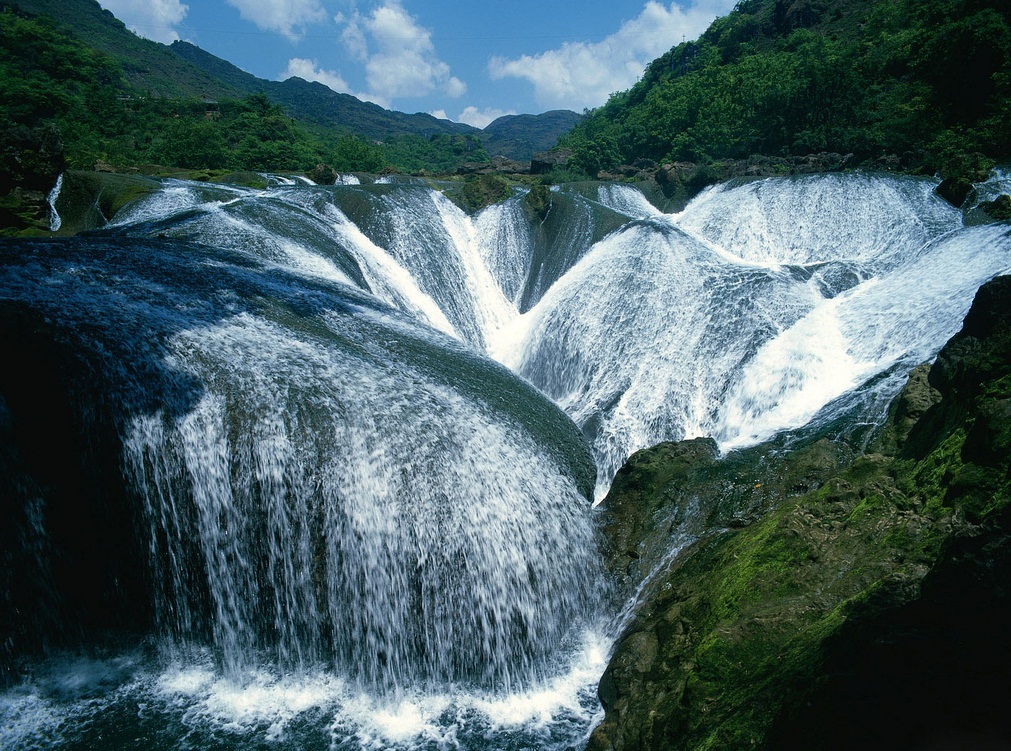 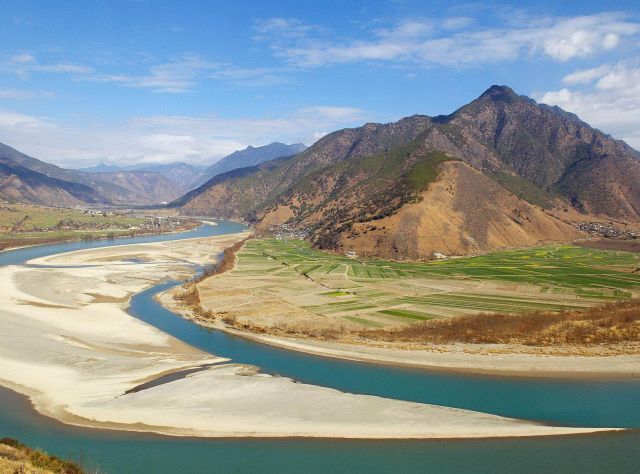 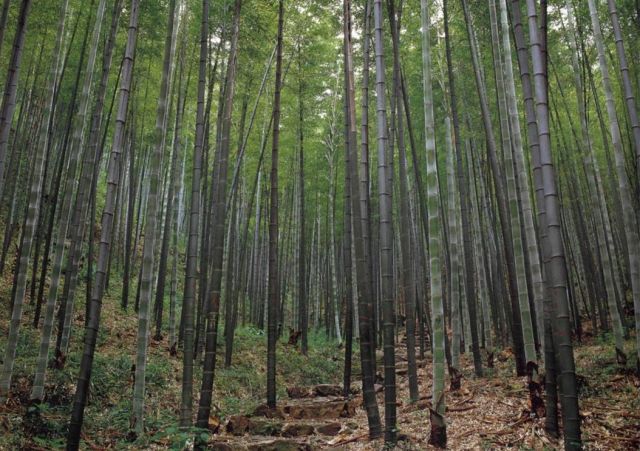 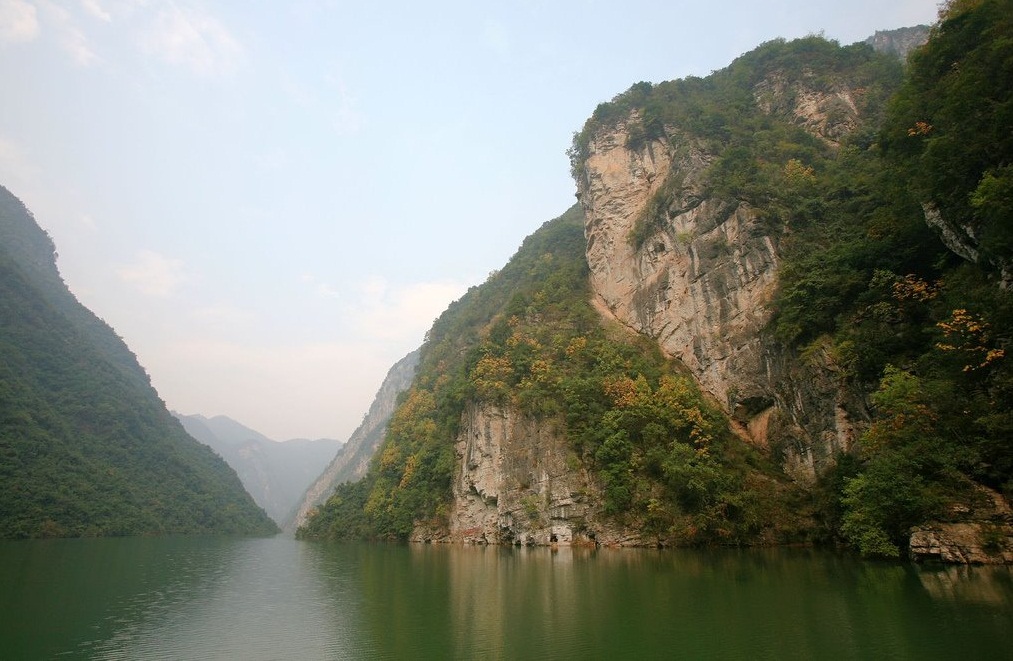 The Yang Tse Kiang River - The longest river in Eurasia 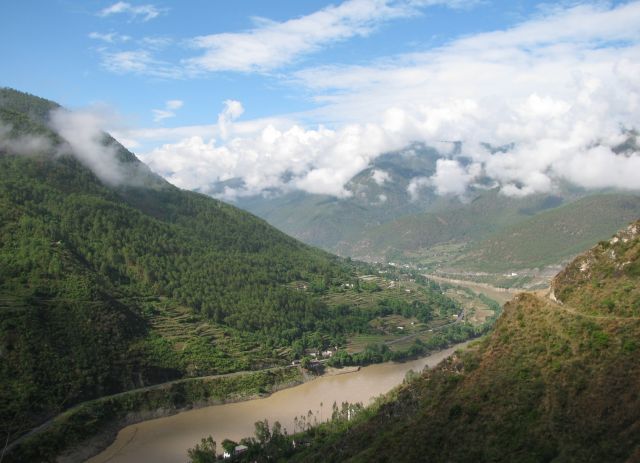 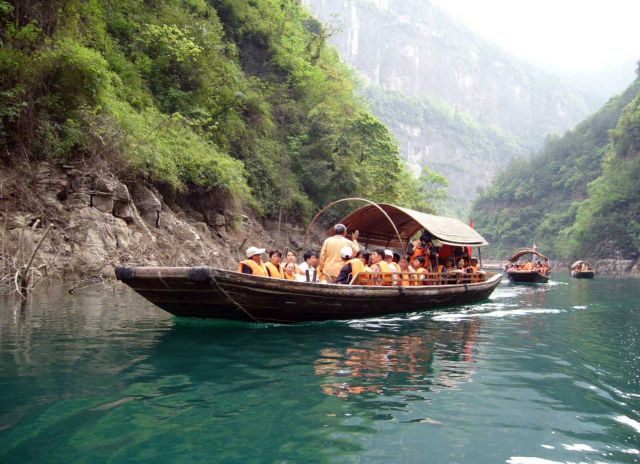