Attractions and Activities at Mandalay Bay in Las Vegas

What to see and visit at Mandalay Bay in Las Vegas?

Show: The Lion King The location on the Strip: South Strip

Mandalay Bay Beach - 4 outdoor pool ( a river with skiing on the tubes, topless swimming area and wave pool), room service, sauna, spa, rent water equipment. The lobby has a high ceiling made of marble and a huge aquarium. The theme of the decoration of the interior is dedicated to South-East Asia. You can look at the headless Lenin and enjoy dinner in the restaurant "Red Square".

Recently updated, spacious rooms, some of the best on the Strip. The interior design is based on the geometric elements and does not have tropical parts. Luxurious bathrooms, separate WC, double sink. Rooms on the upper floors have gorgeous views, some of the best in Vegas. The big plus is that you do not need to go through the casino to get somewhere.

A series of breathtaking aquariums with huge fish tank with huge jellyfish, which are illuminated by colored lights and seem to glow from within.

Asian Jungle in Mandalay Bay is decorated with surf beach, temples and waterfalls. 11-acre Mandalay Beach features three heated pools, a wave pool connects the pool for the kids, the artificial river has a small waterfall. The wave pool is equipped with 1.6 million gallons of water and creates waves of 2-4 feet with a 90-second intervals, to limit the growth of the attraction to 48.

The Aquarium was designed in such a way as to resemble a sunken temple, inside a glass tunnel where you can walk, surrounded by sharks and observe how they are from inside. It is the best amusement of spectators.

The best bar in America, according to Playboy magazine, "Red Square" takes you into the world of Tsarist Russia. Headless, covered with white paint, like pigeon droppings, a statue of Lenin will meet you at the entrance with typical, painfully familiar from childhood posture, with a cap in his hand marked Vladimir Lenin. The restaurant's interior is decorated with wooden corridors that connect the many rooms. The main room reminds the king's chamber. There is a large selection of caviar and vodka. From 4 to 6 pm Monday till Friday, "Cavi-hour" - the purchase of four Russian Standard Premium cocktail you get a free ounce of caviar.

The European pool in style has its own bar, topless girls come. Moorea has an "adult" sets, so the age limit is 21 or older and the very institution is fenced from the rest of the pool with tinted glass.

Write your Review on Mandalay Bay and become the best user of Bestourism.com 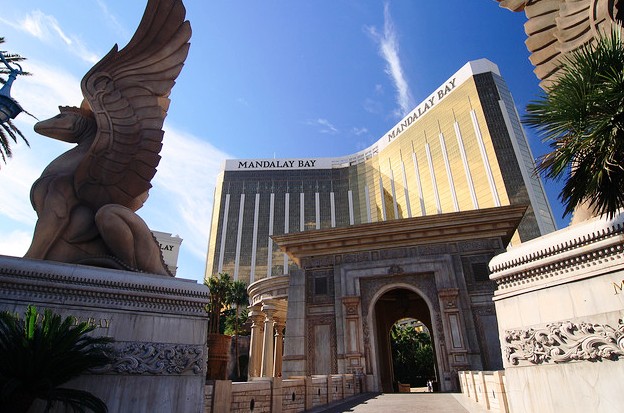 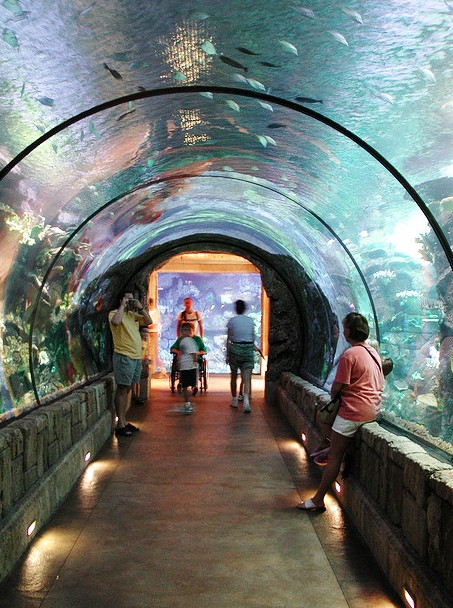 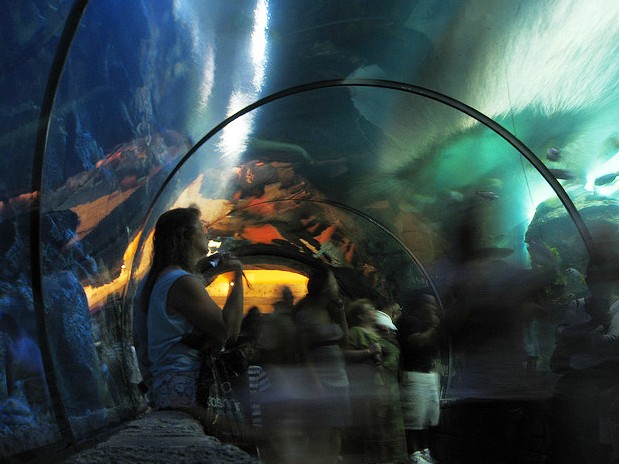 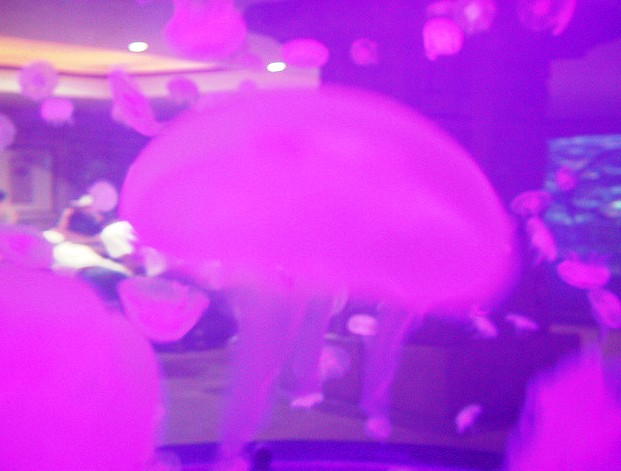 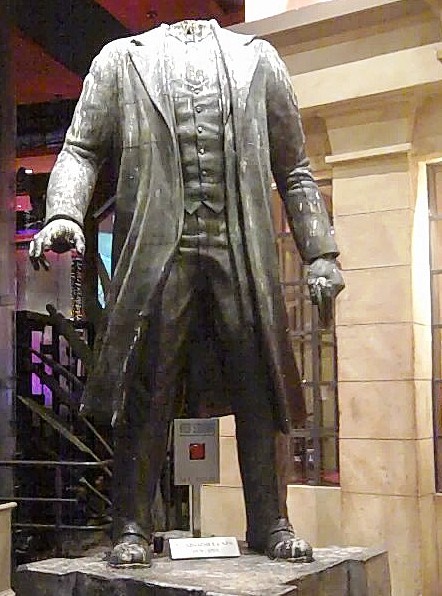