Destinations / The Most Famous Towers in the World / The Three Pagodas, Dali


Dali is an urban county in China's Yunnan Province, located between Cangshan Mountain (in the west) and Lake Erhan (in the east). Dali-bey is an autonomous region. It has a population of 496 361 inhabitants. In antiquity Dali was the capital of Nanzhao . The value of the city shows the majestic monuments, among which is the ensemble of the Three Pagodas. The new town was built north of the old Ming emperor's decree on Hunu in the XIV century. The ancient city of China, Dali, is a square surrounded by city walls. Today, Dali is one of the main centers of tourism of the Yunnan province, popular among the Chinese people, and among foreigners. The most interesting place is the park of the Three Pagodas.

Three Pagoda, 1.5 km from the city of Dali (Yunnan Province of China) is the largest architectural ensemble of the sunset of the Tang Dynasty. It consists of three brick pagodas, located in the mountainous areas in the corners of an equilateral triangle. The average height of 69.13 meters at the time of its construction in 824-840 years was probably the tallest building south of the Yangtze. The building owners were powerful rulers of the South China, Nanzhao state , and the builders were likely to come from Xi'an, which preserved its prototype - the Small Wild Goose Pagoda. The ensemble of three pagodas near Dali is remarkable that survives today without visible damage, despite its location in a very seismically active area. Even during the earthquake of 1925, when in Dali 99% of the buildings had been destroyed , the ensemble has survived, although the left tower, and gave a noticeable tilt to the right. According to the local legend, the central pagoda collapsed in the earthquake of May 6, 1515, but ten days later, miraculously resurrected from the ruins. Believe it or not, the pagodas are truly magical. Attracting to themselves, they do not want to let go ... and look and look at them ... And it seems as if you lived with them for a thousand years overlooking the Erhan lake - the largest lake in the Yunnan Province and the city of Dali. The park is large, there you can walk all day. It is like the canyon, where the rainy season is a waterfall. First, the island of Hainan waterfalls really surprises you, and secondly, there is a perfect calm. According to a local legend, the central pagoda collapsed in the earthquake of May 6, 1515, but ten days later, it miraculously resurrected from the ruins. During the excavations undertaken by the Chinese government in 1978, in the vicinity of the pagoda approx. 700 Buddhist antiquities had been found, apparently belonging to the nearby monastery of San one which was destroyed by fire during the Qing Dynasty.

Write your Review on The Three Pagodas, Dali and become the best user of Bestourism.com

Maps of The Three Pagodas, Dali 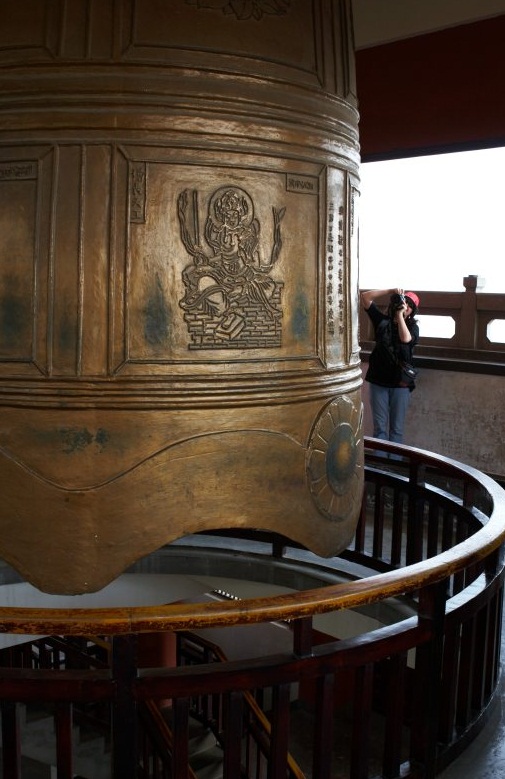 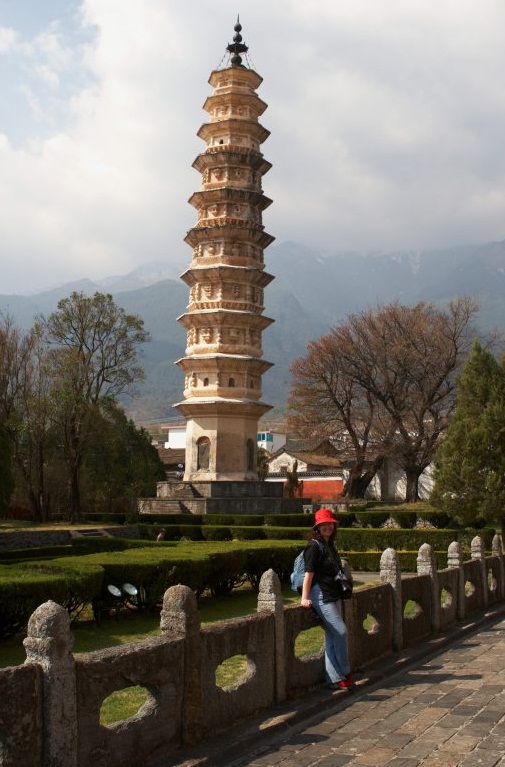 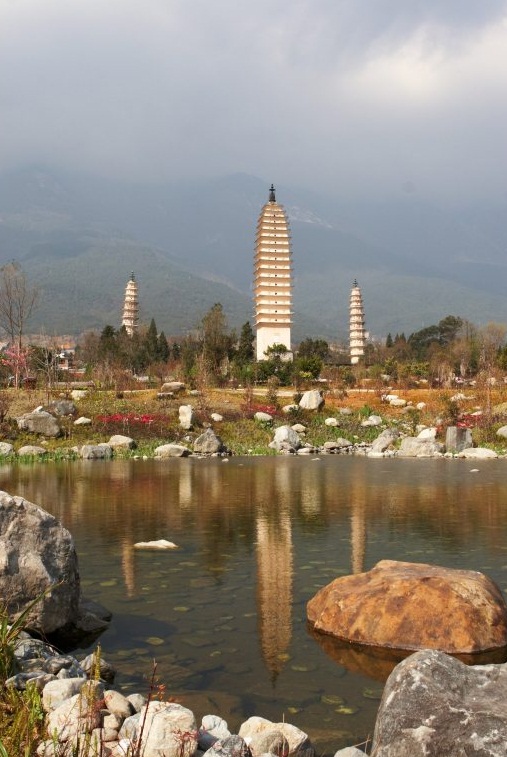 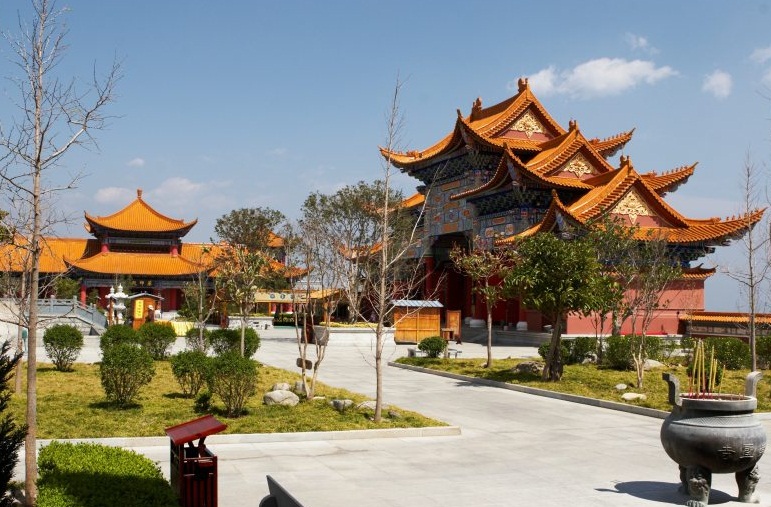 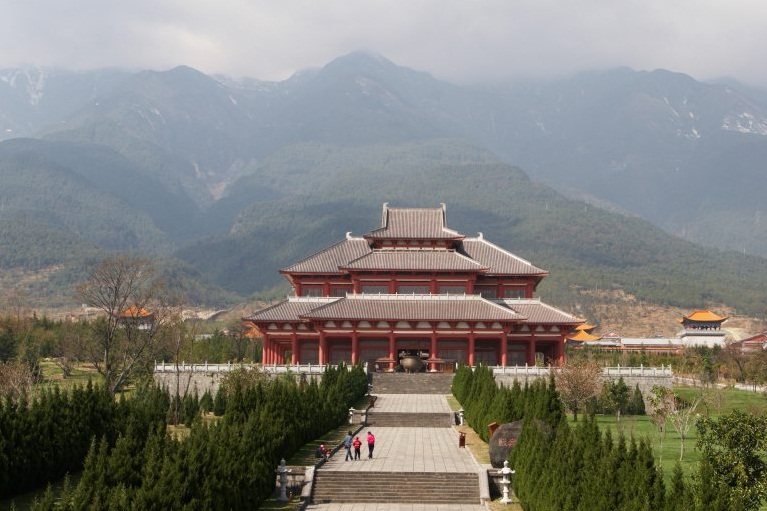 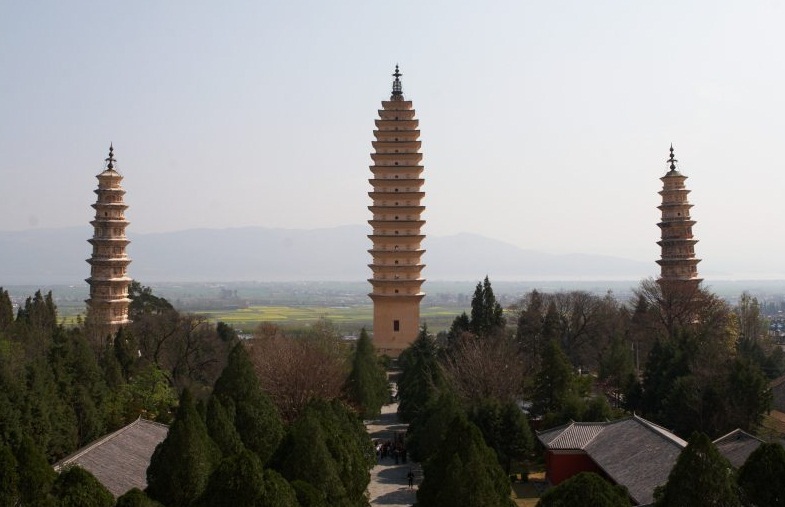 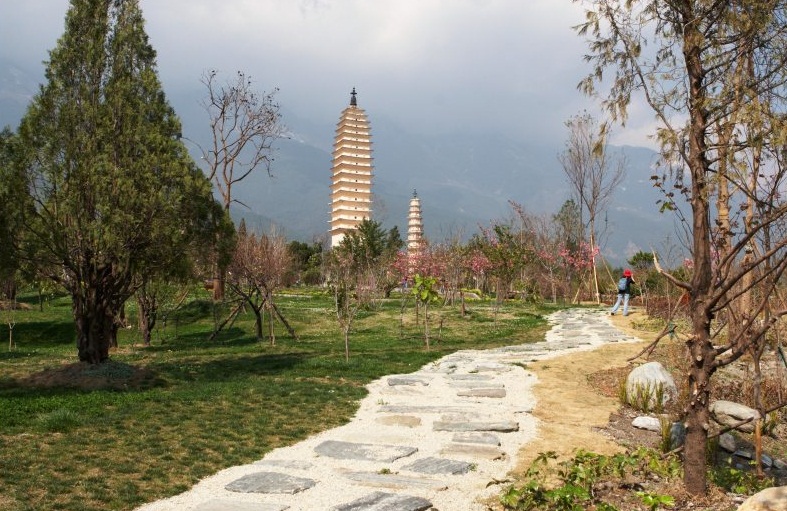 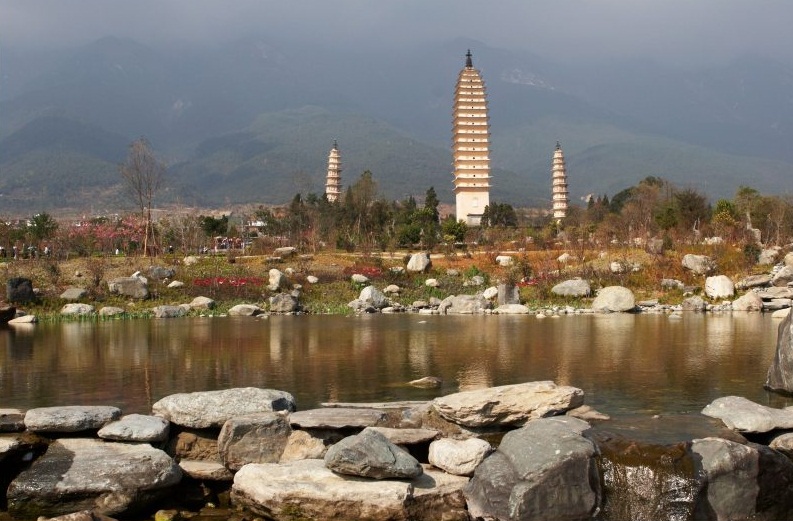