Bolivia lies on a golden throne and it is very rich in natural resources : gold, tin and it serves as a great tourist attraction for many people.

Sol de Manana is an area of approximately 2 km ² in extent, located in the department of Potosi , Bolivia , south of Laguna Colorada in the way to the Salar de Chalviri at an altitude of 4,850 meters within the National Reserve Andean Fauna Eduardo Abaroa .The best time to visit the place is in the morning as you can watch the geysers boiling and the sun rising at the same time. There are more than 50 mud pools in the region.

The highest geyser field in the world

Sol de Manana is a geothermal field, mainly a collection of mud pots in Surah Lípez province of Potosi Department in southwestern Bolivia. It extends over 10 km ², between 4800 and 5000 m altitude above the sea level. This is the highest geyser field in the world. It is characterized by intense volcanic activities and fumaroles, and got its name because it is too early in the morning, at sunrise, when the temperature differs between the air and the steam, in addition to the coverage of the sun, to increase its fame.

This area is characterized by intense volcanic activity including fumaroles and geysers . The craters are located in the region where lava is boiling intensively, in addition, fumaroles and geysers emit vapors mixed with water and steam heat reaching heights of 10 to 50 meters , due to the pressure with which they are issued. These events allow us to appreciate amazing landscape. It seems it takes us back to the times of formation of the Earth. The geyser soil of Manana, Bolivia is characterized by intense volcanic activity. Many pools are lava geysers.

The place offers picturesque and spectacular landscapes unique to Bolivian land. It is interesting to observe the life of the geysers. When they are calm, the main and secondary depressions are filled with light blue water and sulfide .But later from the depths of the earth, a rumble is heard, and soon small clouds of steam are rising above the basin. Then all stops to happen again.

Write your Review on Sol de Manana Geyser, Bolivia and become the best user of Bestourism.com 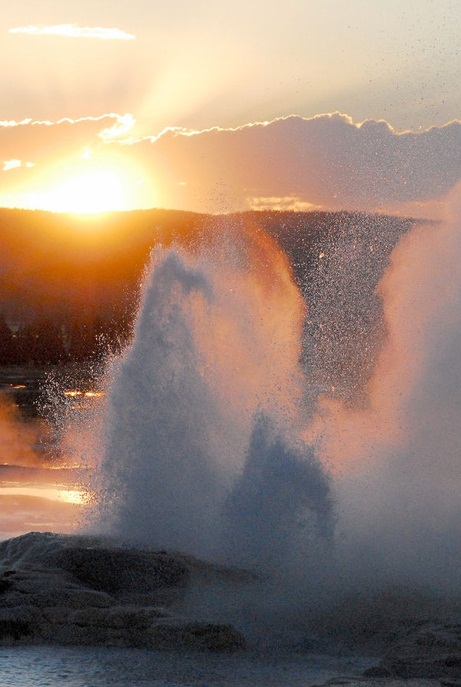 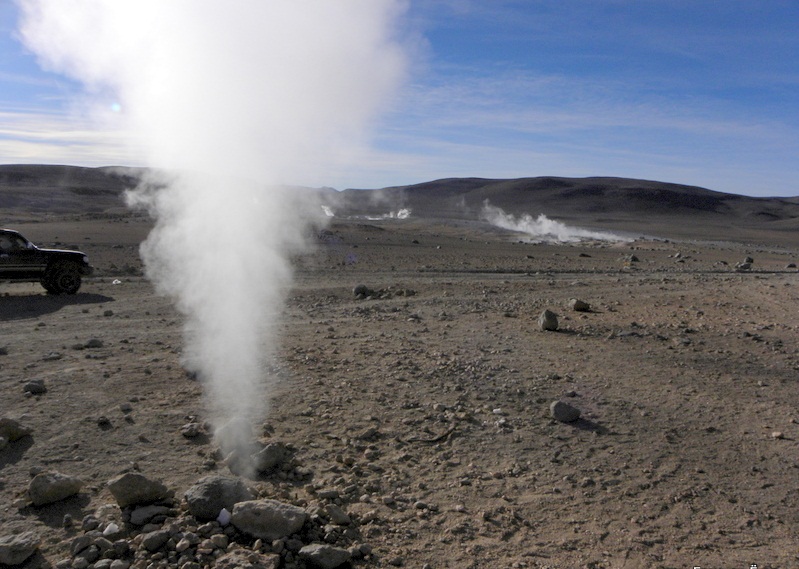 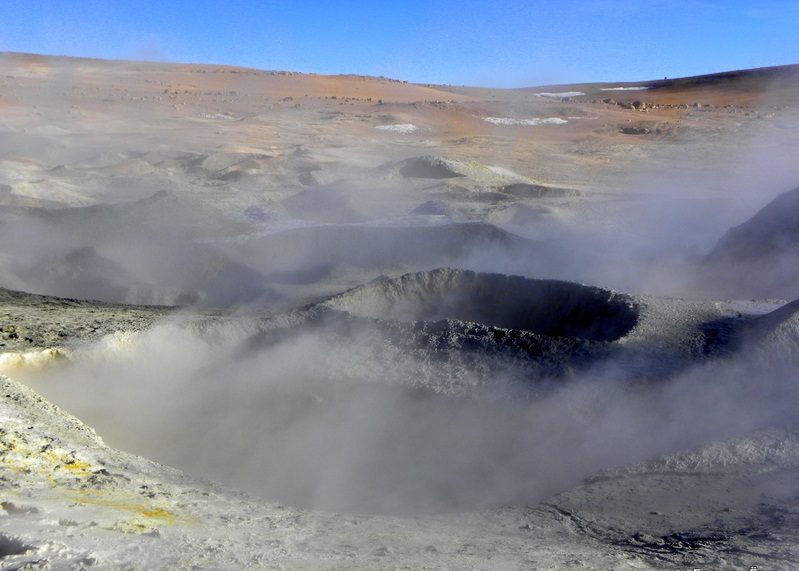 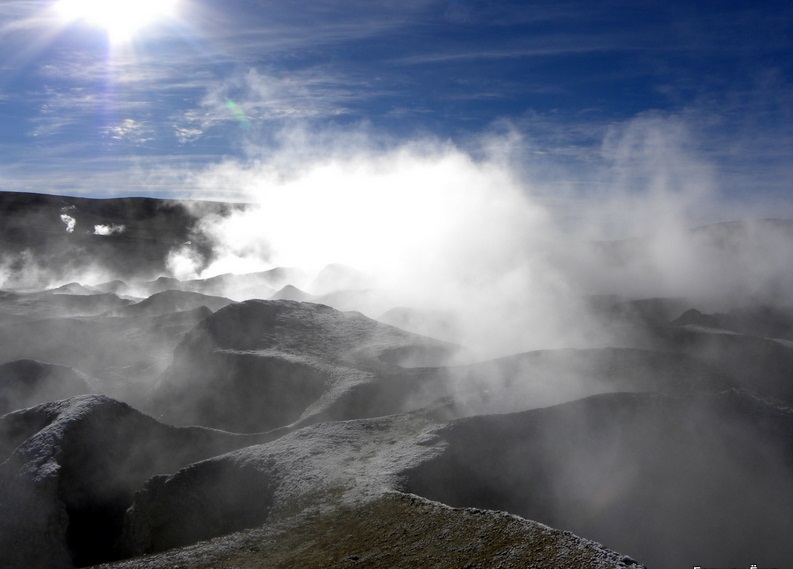 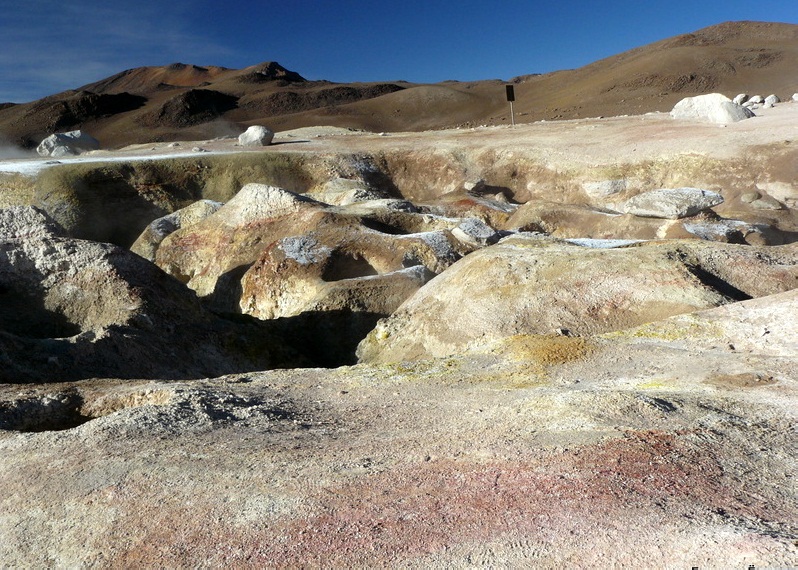 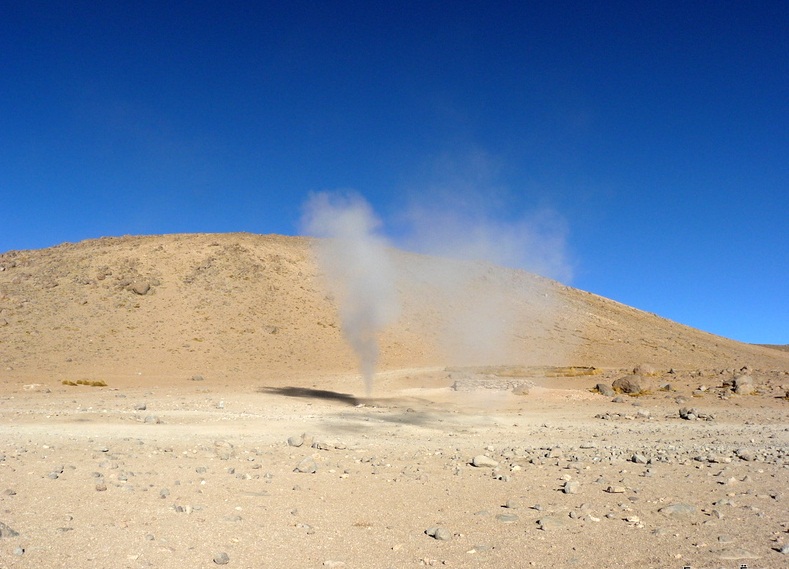 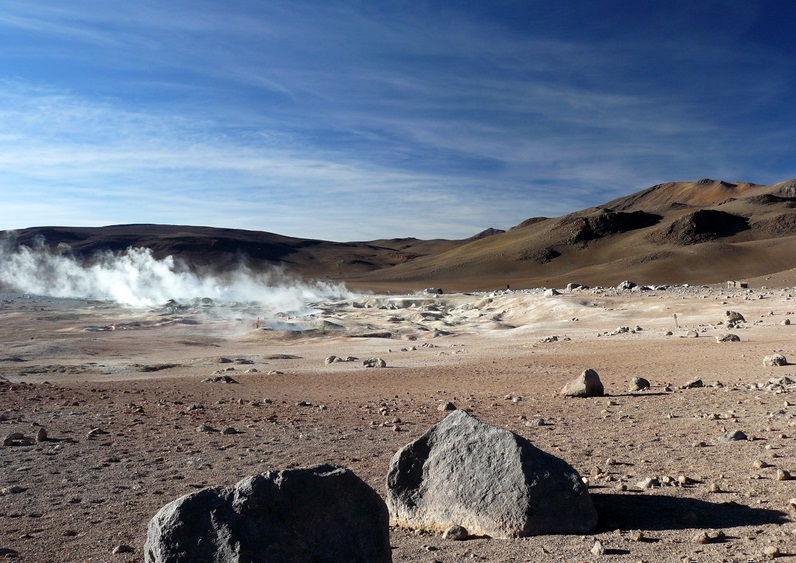 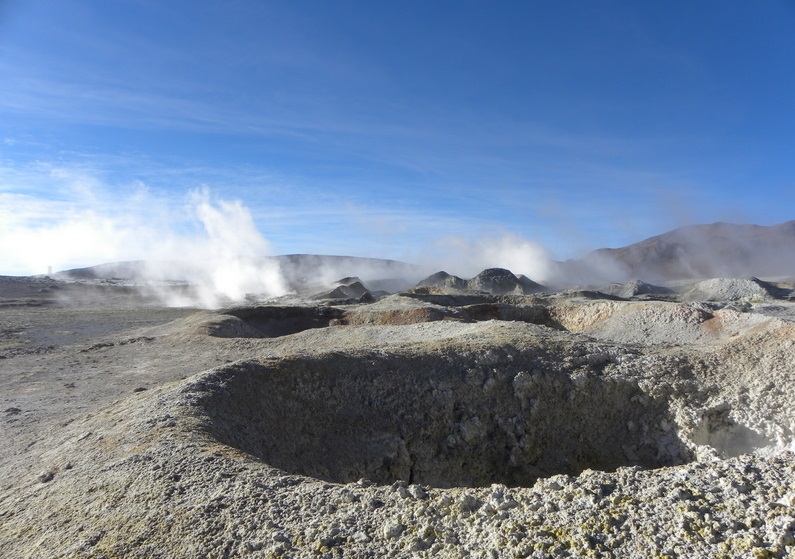 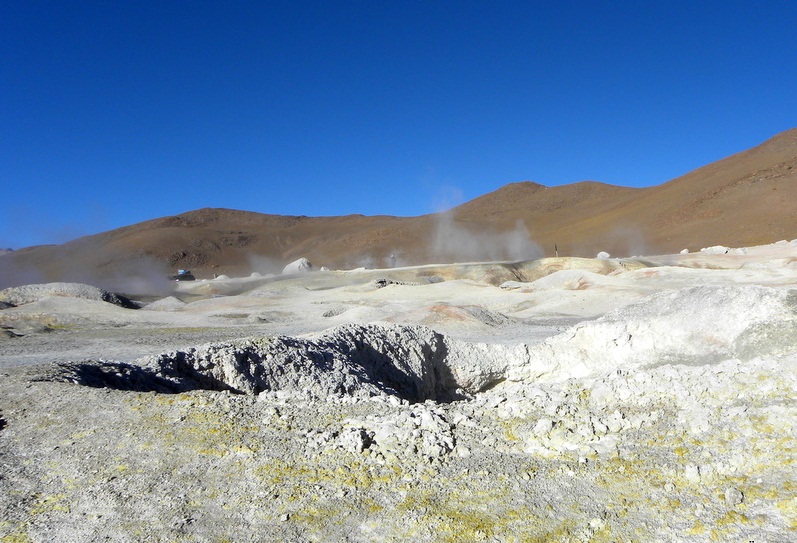 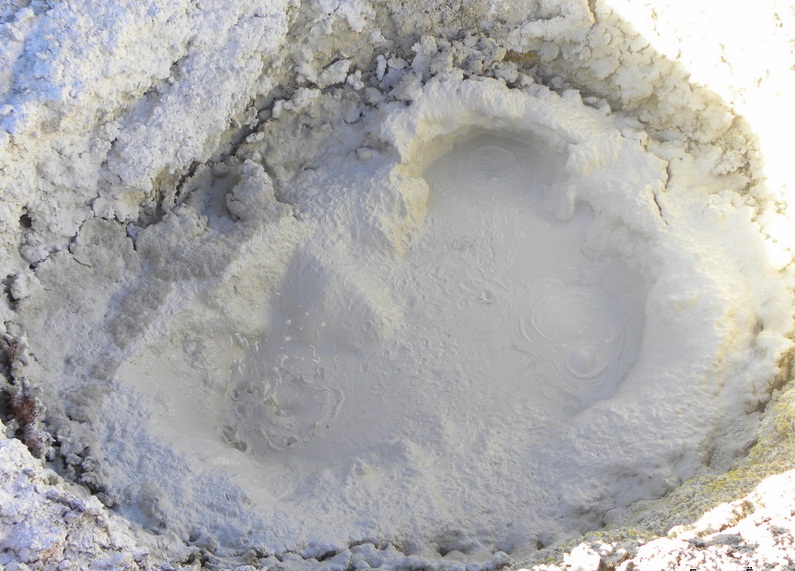 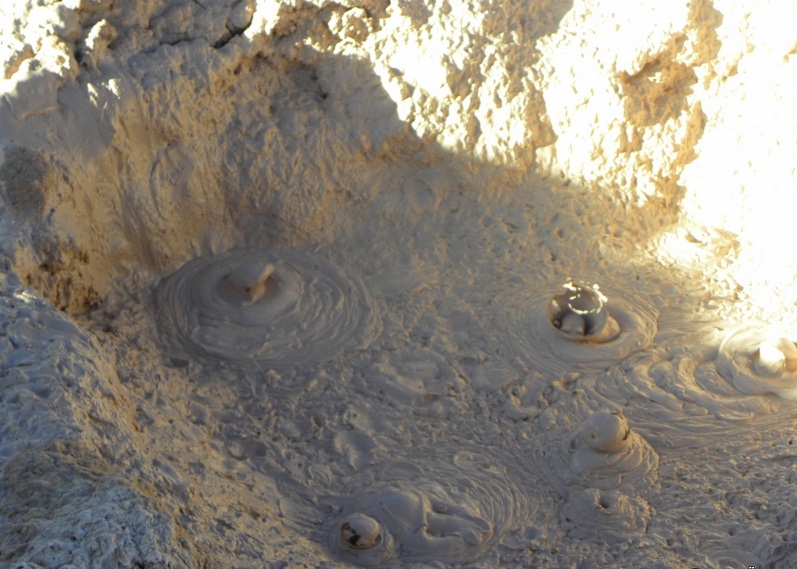 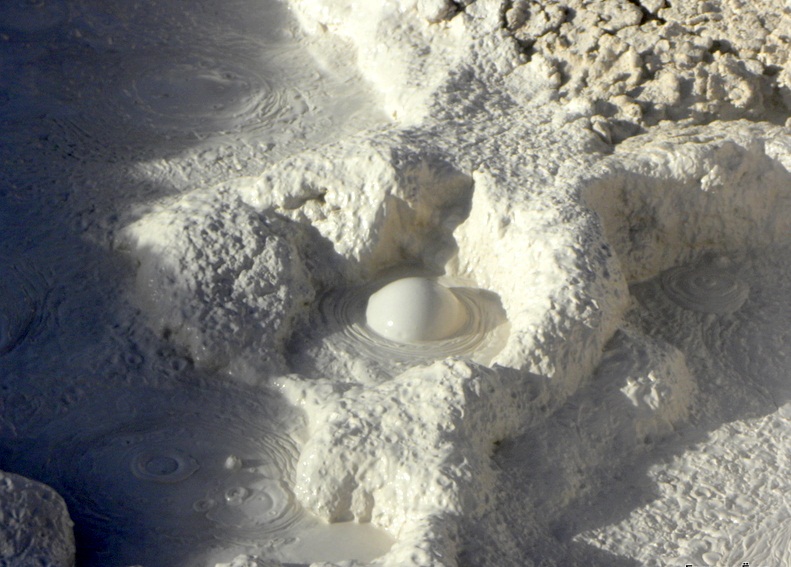 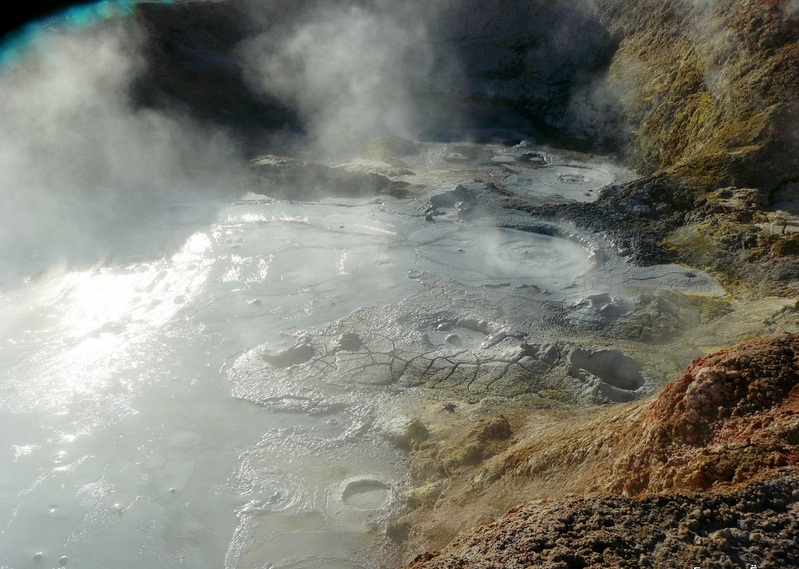 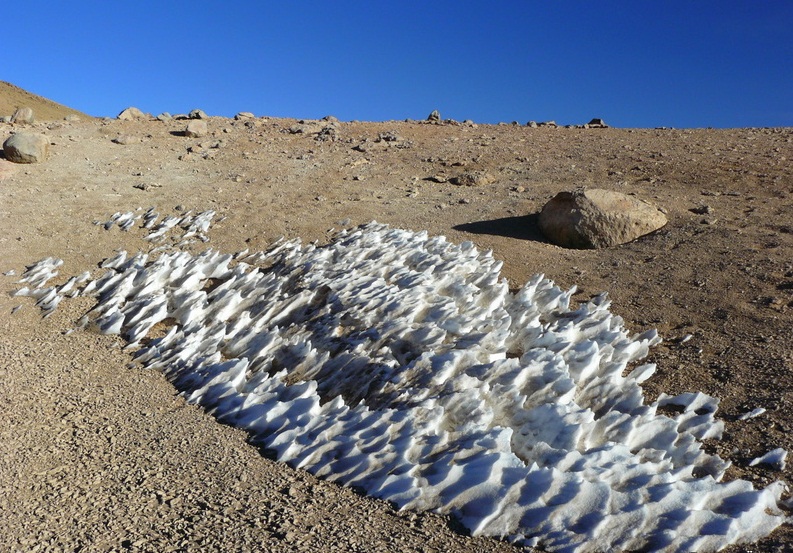 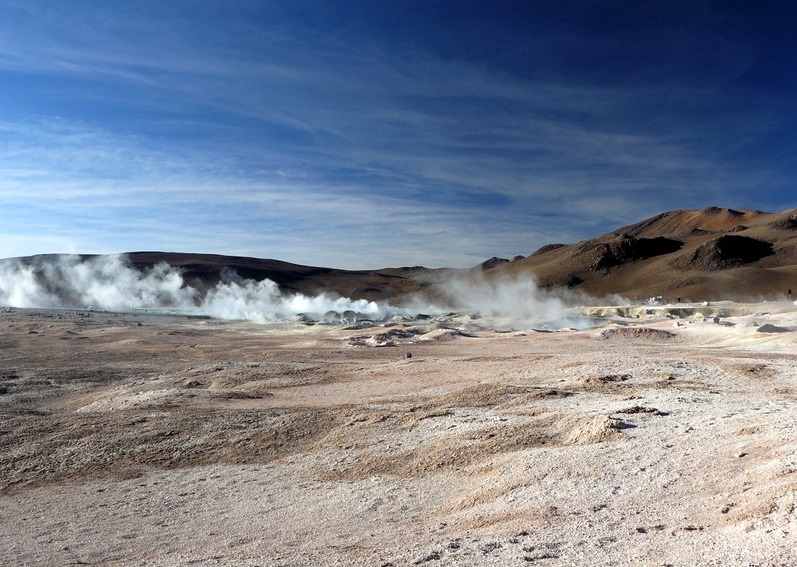 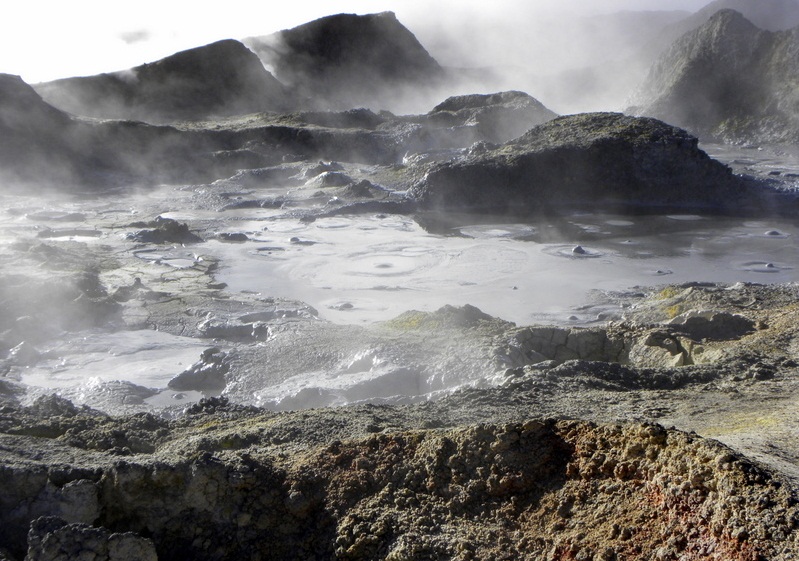 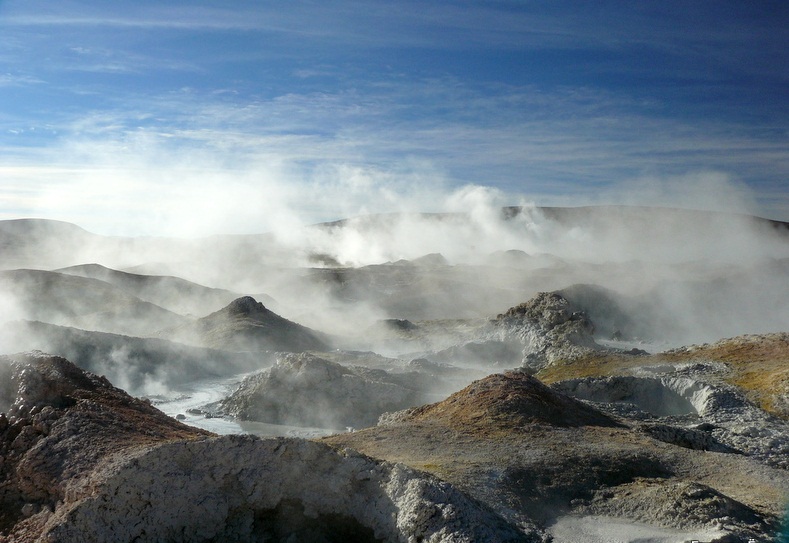