World Tourism / The Most Impressive Geysers on the Earth / El Tatio Valley of Geysers, Andes, Chile


The valley of huge geysers

El Tatio is a high geyser field on the border with Bolivia, one of the most spectacular natural attractions of Chile. The most impressive and dramatic geysers appear at dawn, that is why it is required to wake up early if you want to visit. Till El Tatio of San Pedro are 90 km of roads, dusty and ribbed like a washboard. In order not to get lost in the dark, you can hold on to the minibus organized for tourists, moving in the same direction. Tours are sold at every corner and cost about $ 30. The ride is not difficult and if you arrive before 6 am, you catch the field in all its extraordinary beauty.

The Geysers of El Tatio are located in the Andes on the border with Bolivia, at an altitude of 4200 meters. They occupy the third spot in the ranking of the largest geysers in the world. The valley consists of more than 80 active sources. The height of the eruption of a dozen centimeters is to 30 meters. This area is part of a national nature reserve of Los Flamenkos . El Tatio is the highest plateau on the earth geometric of 4000 meters above the sea level.

“Tatio “ in the language of Indians who once inhabited these slopes means' Crying old man ", whose profile is clearly visible in the contours of the neighboring mountains under the rays of the sun waking up in Bolivia. A unique natural phenomenon, caused by extreme volcanic activity attracts tourists to the Valley of the most remote parts of the world.

El Tatio ( grandfather) is one of the most high-elevated geyser regions in the world. There are more than 80 active geysers in the field and about a hundred pairs of spewing fumaroles which make it a wonderful place to visit . Gradually forcing their way through their thickness, one geyser, then another, reflect the hot puddles. Several geysers work in unison, they quiet down for a few seconds, then the roar from the underground comes with its water to wade through the earth's firmament, and then fires a fountain, who is taller, who is lower, fairly consistent.

The average height of the jets is not very big, only about three feet high (the highest recorded - 6 meters), but because of the pillars of the steam geysers looks much more impressive. As soon as the air begins to warm, the steam subsides, and the overall scene is less impressive. The boiling water at El Tatio is of 85 C. Too close to the geysers is not recommended. There have been occasions when people got burned. In comparison with Yellowstone, there are no bridges over the surface of the field, the geysers and the pools are no fenced, go where you want. If you fall into some hole , you can only blame yourself. So you must move with caution, trying to land on the strength of a particularly suspicious places.

The limestone deposits formed in puddles are unusual miniature dams, geometric patterns, and even funny faces. A total period of 20 minutes, and the natural show came to an end. The geysers are still erupting, but the beautiful light went off, scattering in a veil of steam and, the field is gradually turned into a conventional high-altitude plain of the Altiplano. Boiling water, steam, sulfur, and various minerals form at the dawn of a fantastic picture of many colors, constantly changing in light of the first rays of the sun. The heat produced in the valley during the daylight hours is so great that even in 1920, conducted research and development transform the energy of the geysers into electricity. Around the geysers are thermal wells, where you can swim in warm water enjoyable. This is effective especially for those who suffer of respiratory diseases, nervous disorders, rheumatism and neurological diseases as well as thermal springs are rich in sulfur, sodium and potassium, and the water temperature reaches 49 degrees Celsius.

On the way back tourists can visit the settlement of Machuca, located at an altitude of three thousand five hundred meters above the sea level. Only a few shepherds still live in the area, once served as a place of rest for the pass and the Inca Trail ancient caravans. It is really an amazing place in the heart of high mountains with magnificent views of the Andes.

They will tell you about an ancient legend about a bird of Alicante . The Indians still believe that this creature lives high in the mountains of the northern Chile and exudes a radiance that saw her feathers shine, a person can go blind. The cause of this radiance is that the Alicante bird feeds exclusively with grains of gold and silver, which makes the bird very heavy. But even a lot of weight and clumsiness does not interfere with her dodging hunters who want to catch Alicante, in the hope that it will show them a treasured mine and will make them rich. Many people left the house and everything they had, for the sake of seeking the magic golden bird. Quite a few hunters have spent their lives trying to catch Alicante in different ways. A lot of souls perished in the mountains, not finding a place to dine the flies of Alicante’s gold grains.

The Valley of Geysers in Chile is a wonderful place to visit. Most of all it looks like a giant steaming bath surface, surrounded by cones of volcanoes. Tourists come to look at whipping up a jet of boiling water and steam to deliver the memories of the amazing spectacle of the world. Admire the formation of the chimneys of steam, swim in a "pool" filled with cement water geysers after being cooled and an unforgettable travel experience is guaranteed to you.

Write your Review on El Tatio Valley of Geysers, Andes, Chile and become the best user of Bestourism.com 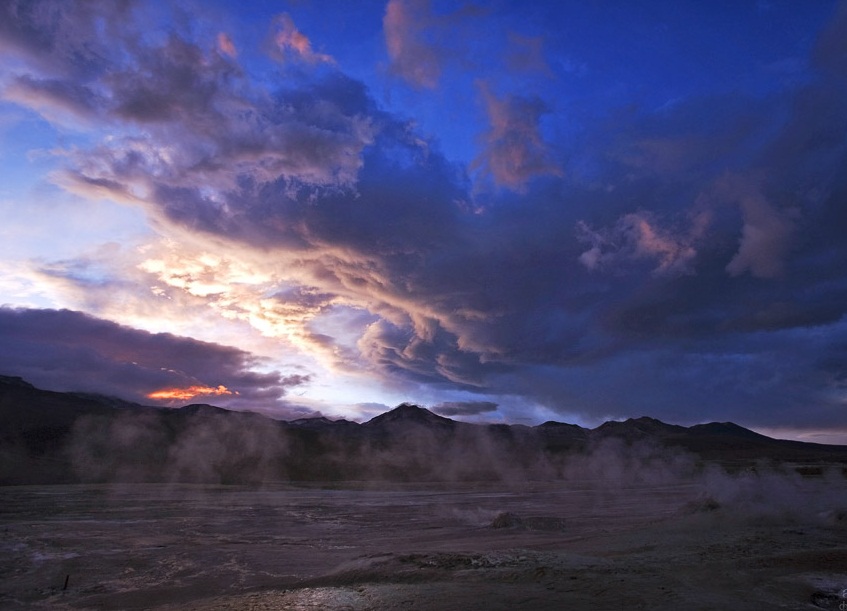 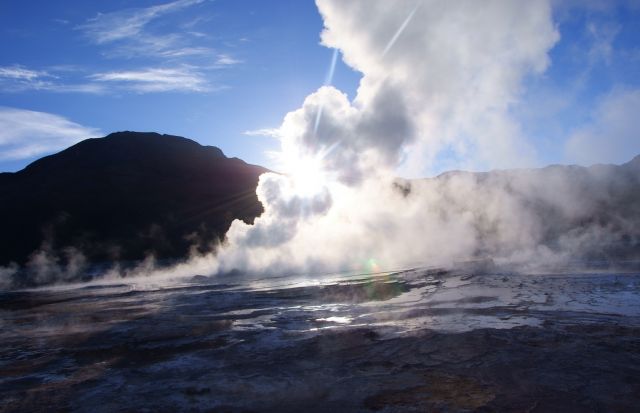 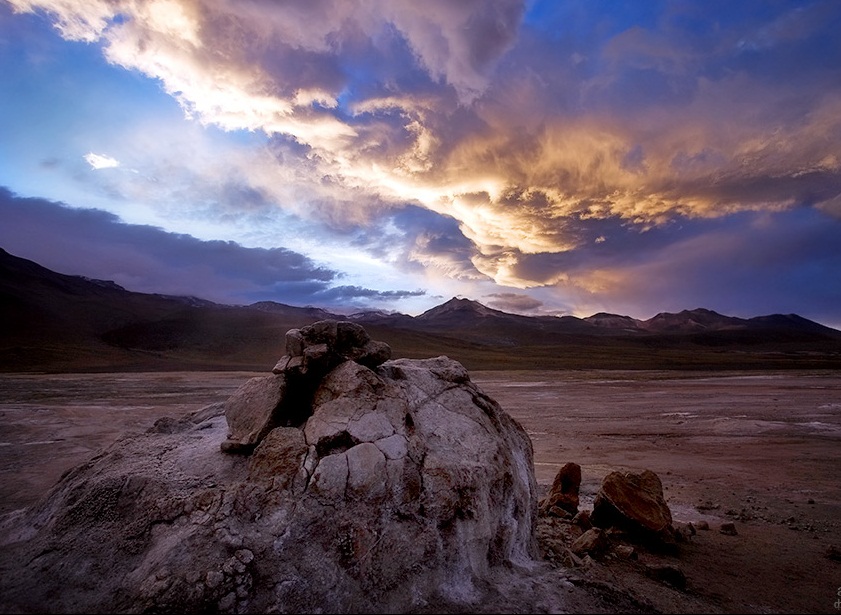 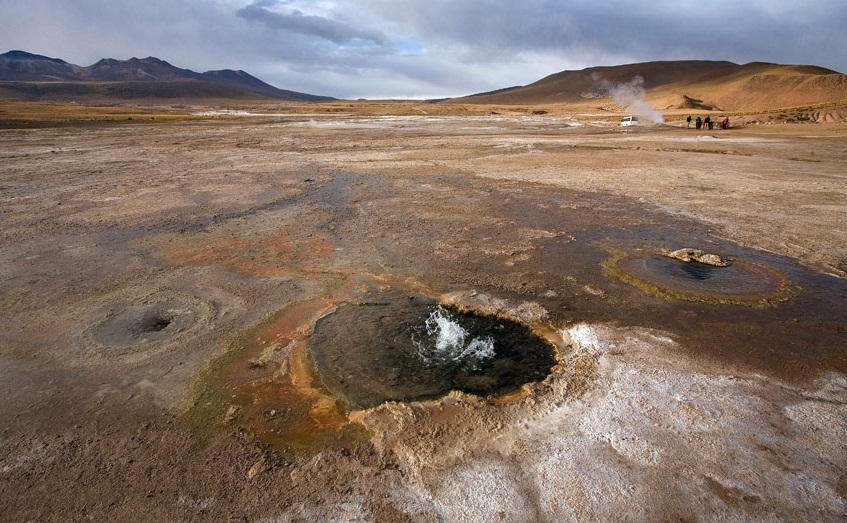 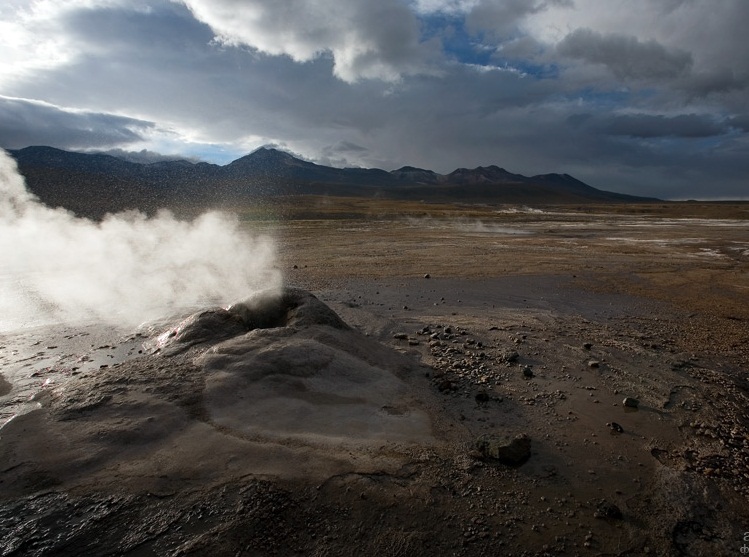 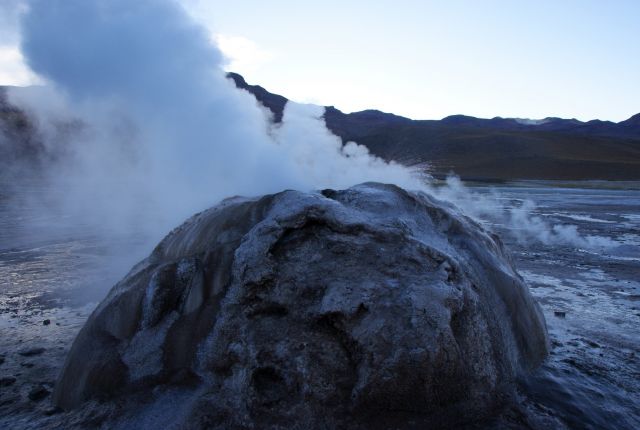 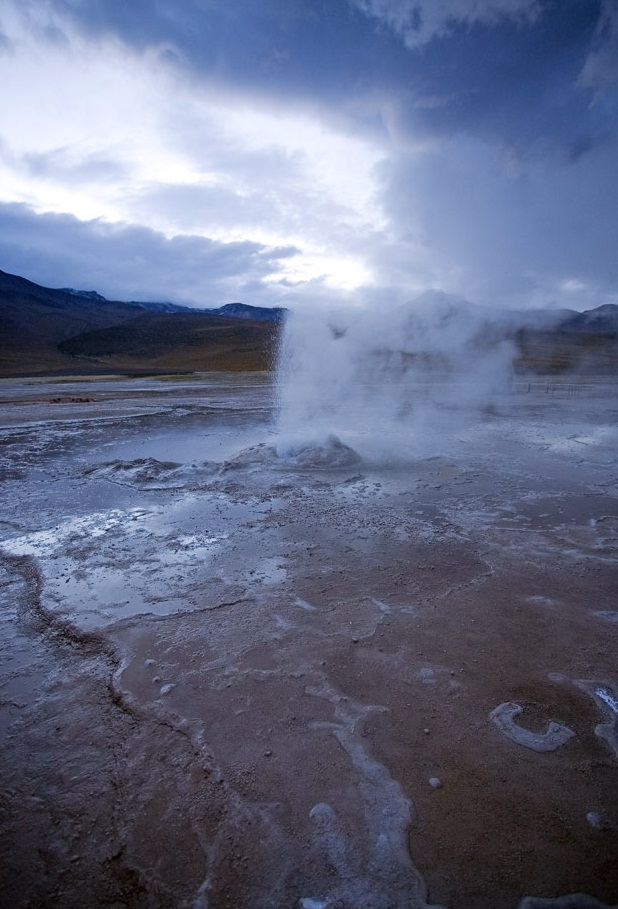