World Tourism / The Most Impressive Geysers on the Earth / The Steamboat Geyser, Yellowstone National Park, U.S.A

Steamboat is located in North America, USA, in Yellowstone Park. This is not the only geyser, decorating the first and the most famous national park of the United States, but it is the largest of all the other geysers, available here. Yellowstone Park is located in the Rocky Mountains in the upper reaches of Yellowstone. Here, on a relatively small area (the area of the park is of 8990 km2) are located about 200 geysers. The first among the Europeans who visited these places, was, apparently, John Colter. This happened in 1807. He wrote down what he had seen on paper, but his works weren’t paid much importance for some reason. His enthusiastic stories about the beauty and the wonders of this area, the picturesque area of geysers, all struck him and it was like a fairy tale, not reality. In the 60 years of XX century stories of the miners Jim Bridger and Walter Delacy began to appear in newspapers, which also described the unusual nature of the Rocky Mountains. Only after this, people began to show interest in this area. In 1870, an expedition was organized in the Rocky Mountains, which aim was to test the validity of Colter’s notes. Members of the expedition studied the terrain in the Rocky Mountains during the month, until they were sure that everything that Colter wrote was true. Then a proposal came to make these places the national park of the country. A year later a second expedition was sent in Yellowstone to explore and to photograph the area. A draft law of the transfer of this region was developed , "the American people for all time" and in 1872 it was approved. So the globe has its first national park. Yellowstone Park is a territory full with of a lot of beautiful places, but it received worldwide recognition thanks to the hot springs, geysers and mud volcanoes available here. All brochures and descriptions of the beauties of the park referred to the geysers and attached pictures of them.

About the Steamboat Geyser

Currently, Steamboat is the highest of all the active geysers in the world. The maximum height of the jet is of 150 m. The moment of spouting of the geyser is impossible to predict. It can erupt regularly, and it may be silent for several decades. Its name was due to geyser emissions, emissions by reminiscent type of a couple of tubes of steam engines.

Activity of the geyser

Steamboat eruption consists of two phases. In the first phase, the water lasts from 3 to 40 minutes, during which the water column of hot water rises to a considerable height (100 m). The water vapor phase is replaced, during which the geyser emits into the air than water and steam. The height of a column steams up to 150 m. The second phase may last for several hours. During it one of the steamers throws steam eruptions continuously for 12 hours. But it should be noted that its activity has reduced in recent years. For several years, it never showed himself, and then it suddenly threw a large portion of water and steam to a height of 150 m and then it might fall silent again for a long time. The first witnesses of the two eruptions were the park visitors who chose to spend the night in the vicinity of Steamboat illegally. At 5 o'clock in the morning they had been woken up by powerful shocks very similar to tremors of the earthquake. At 7:00 when the park employee came ,noticed a high jet of steam. He went to the geyser, and found that the whole area around it was covered with a layer of wet fog, indicating that the ship at that time was at the peak activity of the vapor phase of the eruption. Steamboat Geyser stands out among others by the fact that an underground channel connects with the geyser tank nearby. At the time of the eruption the ship in the tank water level drops noticeably. The rest of the water tanks regularly poured a pine forest, located in the vicinity. After the retreat of the water siliceous deposits of salt remain on the Earth. Thus , salt layer thickness of about 1 cm accumulate there .

Steamboat-the highest geyser in the world

Most geysers record-setting are located in Yellowstone Park. However, the very high scores make it rather difficult. Many of the geysers erupt regularly, but sometimes it is difficult to capture a moment and measure the height of the jet ejected into the air, so the measurements are inaccurate. In other cases, by contrast, the measure of the height of the jet is not a problem. But after a while this height may vary. The geyser of the Yellowstone Park, Steamboat, had the third place among the world's geysers according to the height of the water jet. Many geysers erupt regularly. As the largest geyser - Waimangu was destroyed and turned into a lake steamer and went to sleep, the Steamboat can be considered the highest of the existing geysers now. The maximum recorded height of the water jet was of 115 m. Its period of activity over a short period of time (several years) is more or less regular. For example, in the 60-ies of the XX century, it erupted every 4-10 days. In the 80 years, the period of rest increased to 19 days. Sometimes, it fell asleep for four years, and then it began to regularly throw the hot water and steam. Steamboat has two slots at about five meters from each other: one north and one south. The geyser is located at 2303 m above the sea level. Located in Norris Geyser Basin, the Steamboat Geyser is the world’s tallest geyser and it offers spectacular displays for its visitors.

Write your Review on The Steamboat Geyser, Yellowstone National Park, U.S.A and become the best user of Bestourism.com 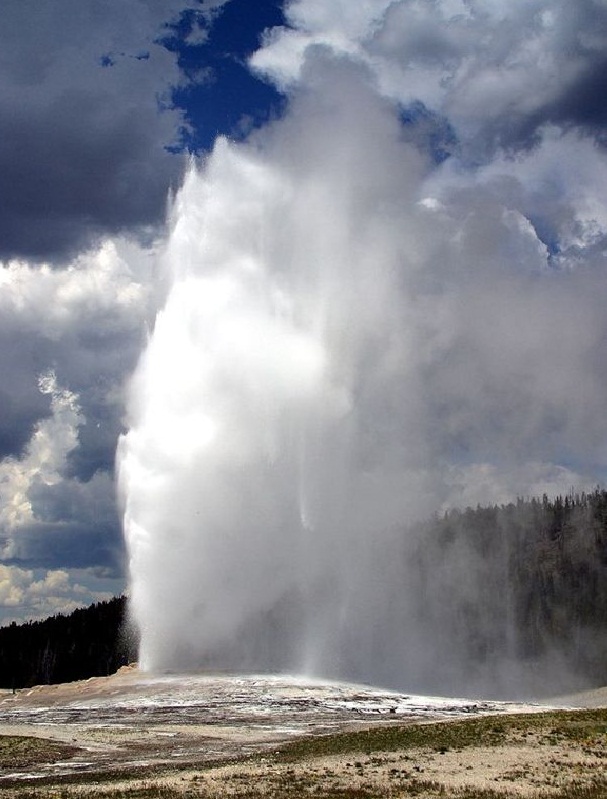 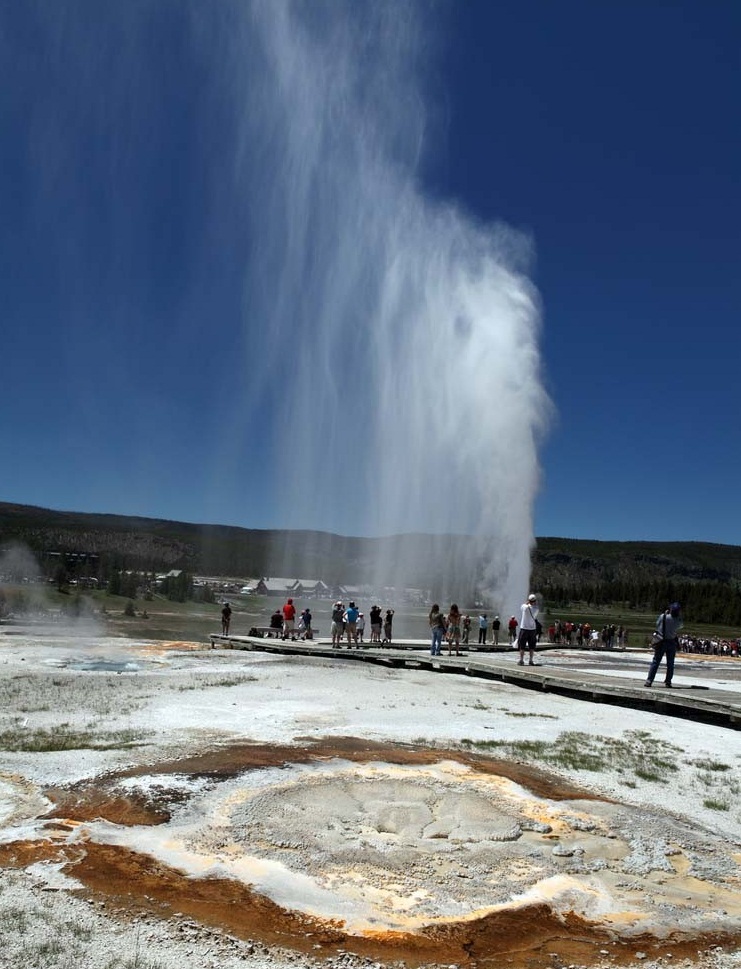 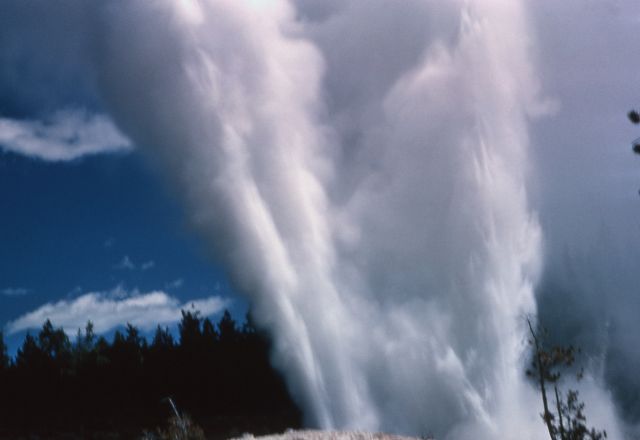 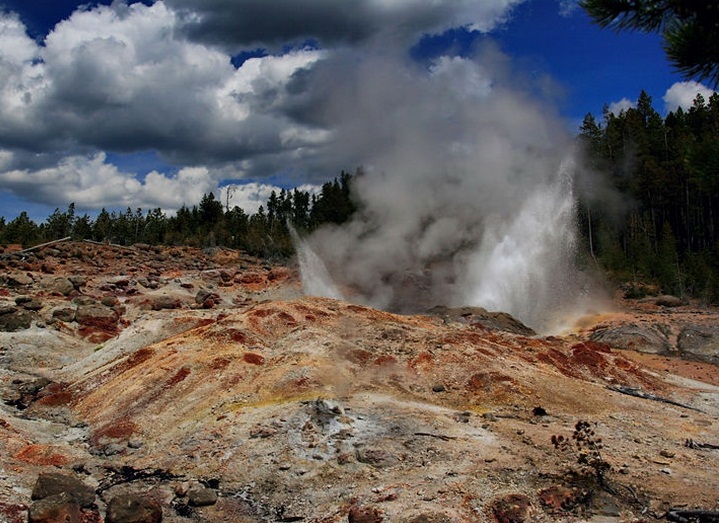 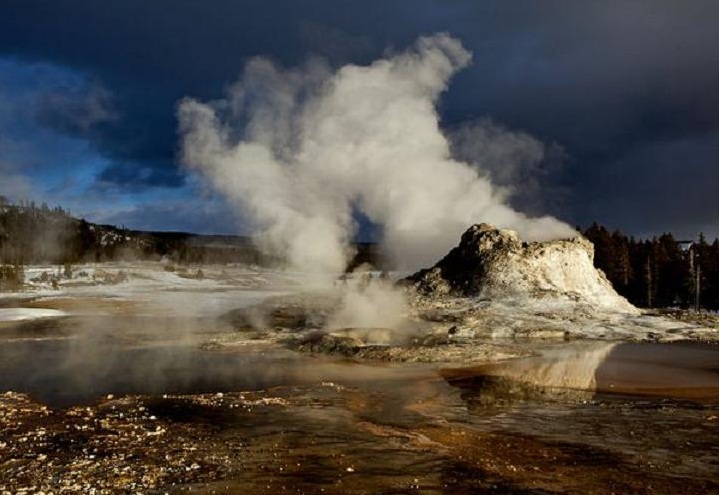 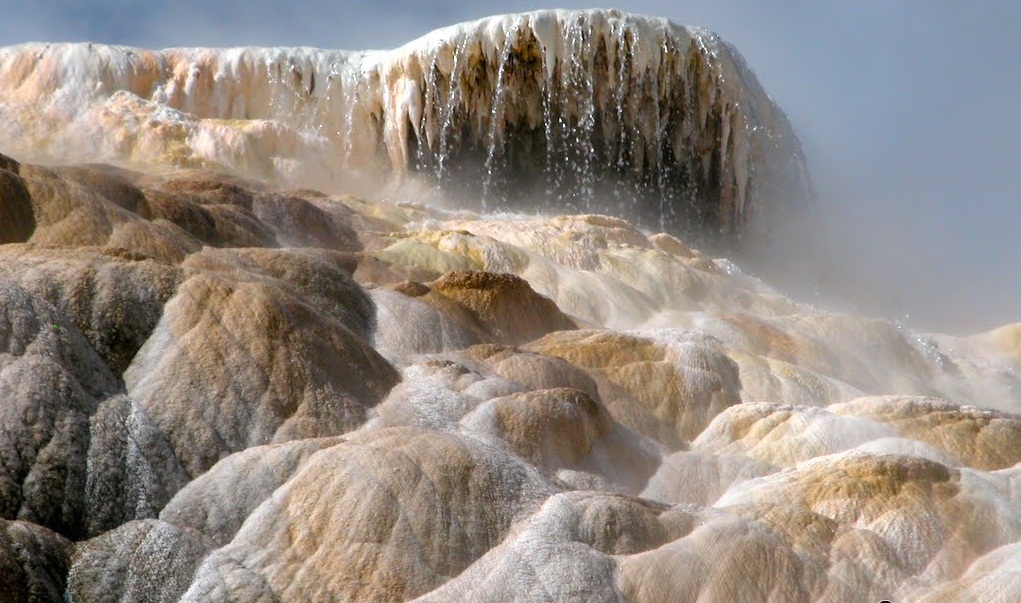