World Tourism / The Most Impressive Geysers on the Earth / The Waimangu Geyser, New Zealand

The Waimangu Valley is a bleak desert of craters and boiling pools. It goes beyond the Tarawera and the Rotomahana lakes , once guarded by the famous Pink and White Terraces, a formation of silica-like layers of a giant tiered wedding cake. The Waimangu geyser is situated on the territory of New Zealand, North Island. In the XIX century in the area, not far from Rotorua, was a volcano. The famous Pink and the White Terraces occupied an area of over 5 hectares. The most beautiful terraces were white. They looked like a huge staircase, dazzling in the sunlight. The Terraces were destroyed by June 10, 1886 because of the eruption in Tarawera mountains. Nothing foretold this eruption and the burning lava buried not only the terrace, but the residents of several nearby villages and left a layer of ashes killing 155 people. Traces of catastrophe are obvious today. A number of craters, as traces of a giant in fresh snow, stretch Mount Tarawera at a distance of 20 km , and vapor continue to evolve on the cliffs around the Rotomahana Lake. The Wairoa village was unearthed and attracts many tourists today , like a mini-pump.

Over the years the hot springs continued to seethe in this region, and in 1990 the world's largest geyser formed there. The local residents - Maori - call it Waimangu that in their language means "black water", because of the erupting jets of water and steam mingled with a lot of dirt.

Waimangu lasted four years. During this time it spurt the boiling water every 30-36 hours at a height of 300-400 m. The highest elevation of the jet was of 460 m. Each eruption in the air rushed around 800 tons of water. The water jet seized stones and raised them to a height of 450 m. The strongest emission of hot water occurred in August 1903. The jet was so high that it poured watching a geyser. Four people were severely burned and died. In late 1904 the geyser suddenly ceased to emit a jet of water. Scientists believe that this was due to the lower water levels in the nearby Tarawera Lake to 11 m. Its activity was resumed only once, on April 1, 1917. Currently, the largest geyser basin is a lake. It is quite picturesque and attracts tourists. Its waters, due to iron oxides, have a reddish color, and sulfur deposits give it a yellow tinge. Each eruption was a very spectacular sight that attracted the attention of many people around the world and the geyser became quite a popular tourist destination.

Waimangu is the Geyser which had the highest eruption of water vapor: 460 m. Located in the Upper Waikato River region, the geyser was active during the 1899-1904. A land of fire and devastating volcanic eruptions has a unique, strange beauty . Enjoy the beauty of Polynesia and visit this modern tourist destination with lakes bordered by mountains and breathtaking views of geysers.

Write your Review on The Waimangu Geyser, New Zealand and become the best user of Bestourism.com 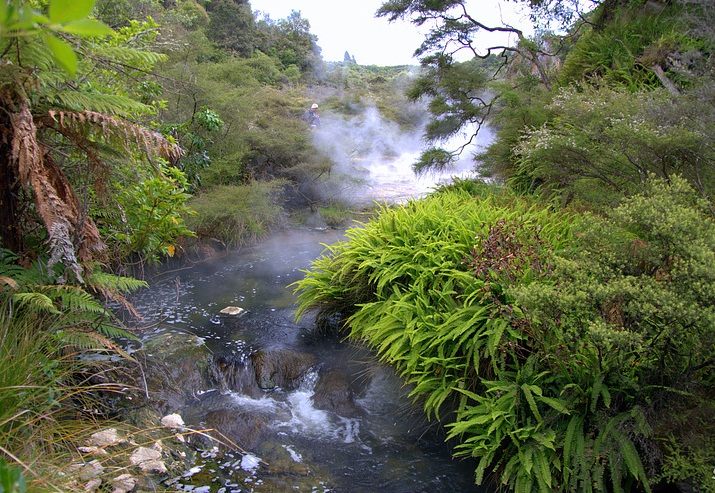 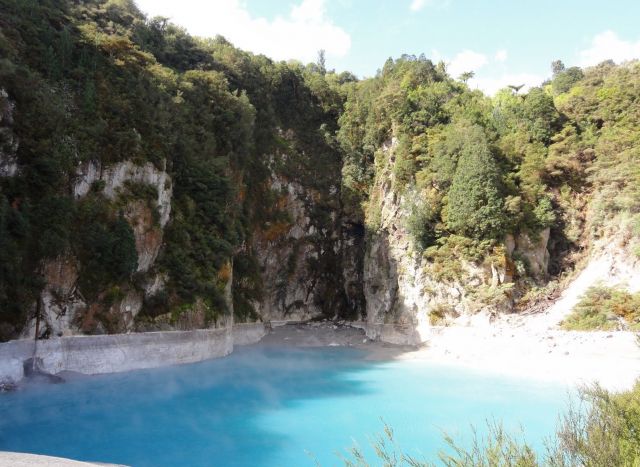 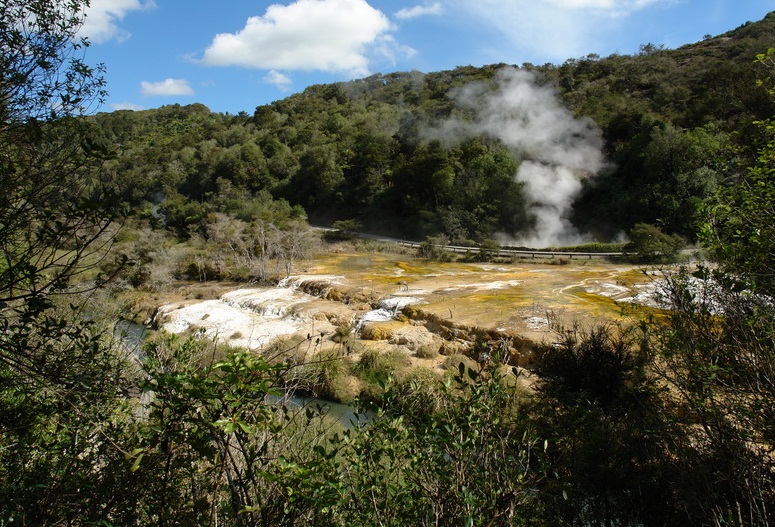 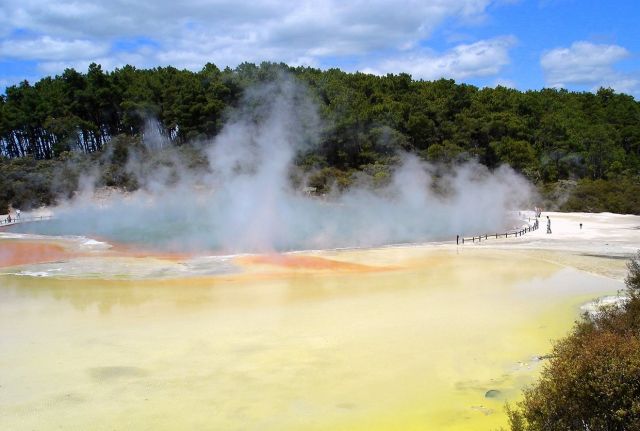 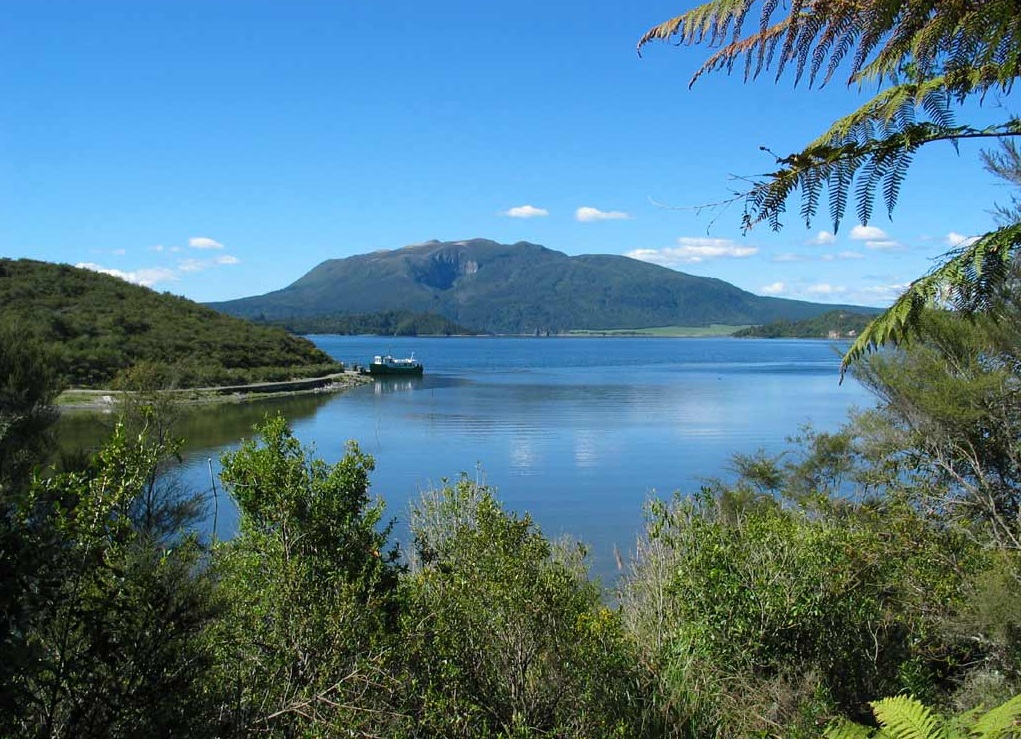 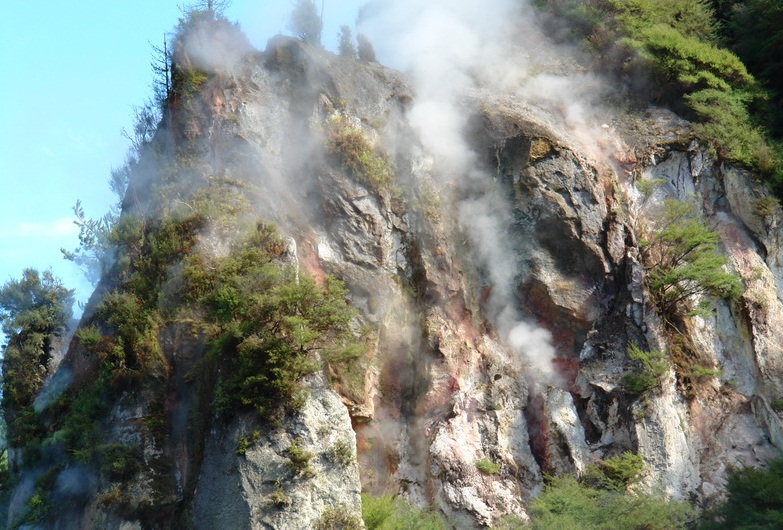 The Waimangu Geyser, New Zealand - Rocks of the Valley