World Tourism / The Most Impressive Geysers on the Earth / The Giant Geyser, Kamchatka


Russia has the largest number of geysers on the territory of the Kamchatka Peninsula, not far from the Kikhpinych volcano in the Geyser Valley. For a long time they were not known, the valley of geysers was discovered only in 1941. At present there are about 100, including about 20 large geysers. The geysers are not inferior in height and strength in comparison with the water jet geysers of Iceland, New Zealand and the United States.

The Geyser Valley is one of the largest geyser fields of the world and Eurasia. The Valley of Geysers is located on the Kamchatka Peninsula in the Kronotsky State Biosphere Reserve . It is one of the Seven Wonders of Russia . The biggest geyser in Kamchatka is the Giant.

About the Giant Geyser

The Giant is a geyser situated on the Kamchatka Peninsula. The "Giant" is capable of spewing about thirty tons of water per minute to a height of nine houses. The Giant is striking in its grandeur - a powerful burst and a fountain of boiling water to a height cock up to 30 m, an enormous stream of falling down and the raging creek flows into a river . Its activities are subject to a particular period. Within three hours of going to rest, and then it throws a giant fountain of hot water . The water temperature is usually 95-97 ° C. of hot steam. The eruption continues for nearly forty minutes after the end of the river flowing nearby. It runs out ,overflows its banks and increases by almost half in size. It is no coincidence that it is called a miracle water volcano eruption because it is an excellent and exciting spectacle. The Giant geyser is impressive.

The release of water begins suddenly and it is a magnificent and picturesque spectacle. Waiting for the start of the geyser’s activity one can see the geyser ‘s fast breaks in the sky of a pole of 30 meters. The eruption is accompanied by a deafening explosion. The Giant throws the water in just two minutes. During this short time from the earth gushes about 25 thousand liters of mineral water. The column of water is surrounded by a huge cloud of steam which occurs around the rainbow. But everything comes to an end very quickly, and if people want more time to enjoy this beautiful picture, they have nothing to do but to spend three more hours near the geysers. The workers of theKamchatka Institute developed various projects on the use of the hot water of the Giant. It is used to heat homes and greenhouses.

The Giant Geyser in Kamchatka is the biggest and one of the most beautiful geysers in the world. It is undoubtedly one of the places which are worth to be visited offering spectacular views and incredible sights for its visitors.

Write your Review on The Giant Geyser, Kamchatka and become the best user of Bestourism.com

Maps of The Giant Geyser, Kamchatka 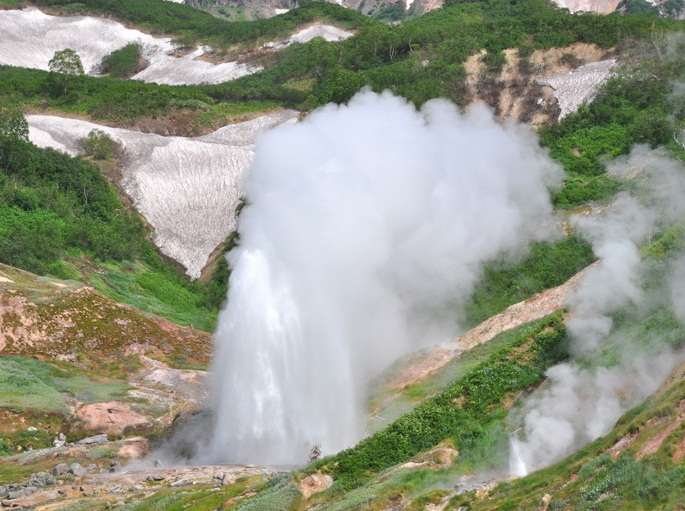 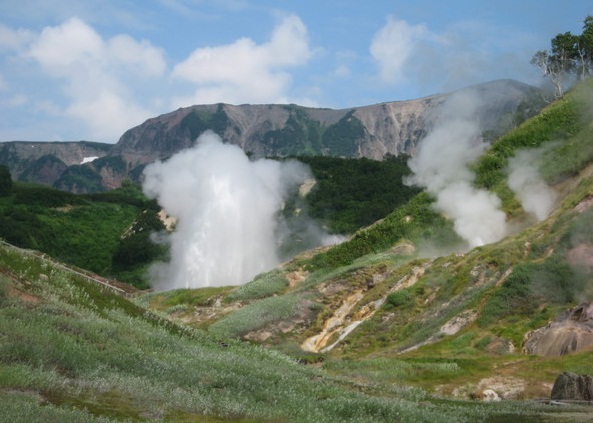 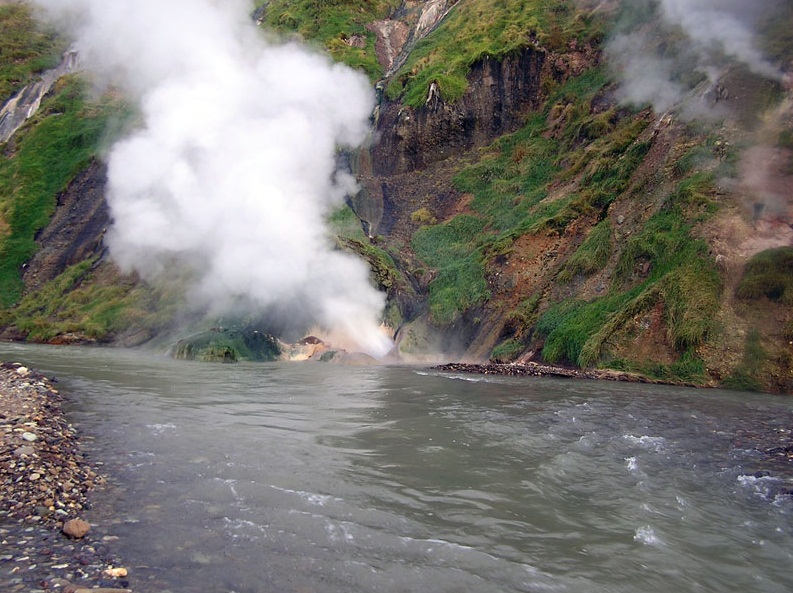 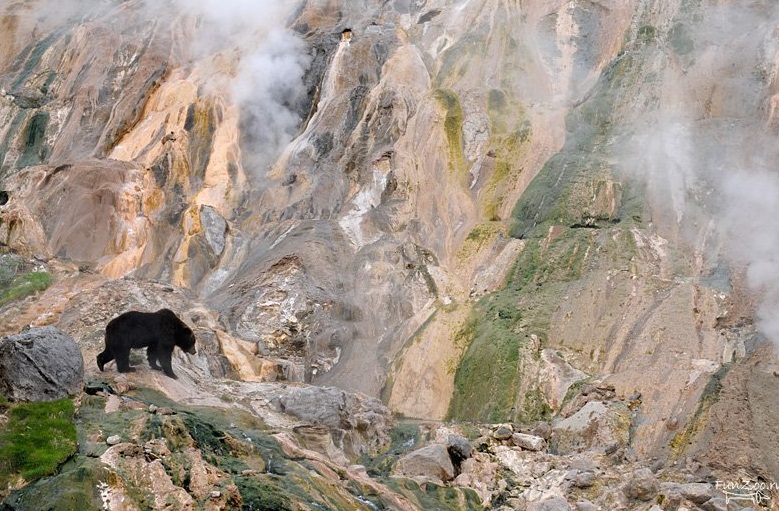 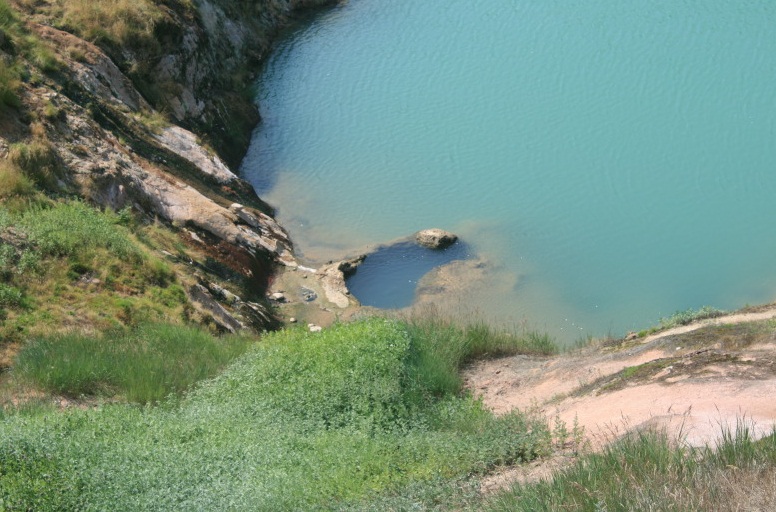 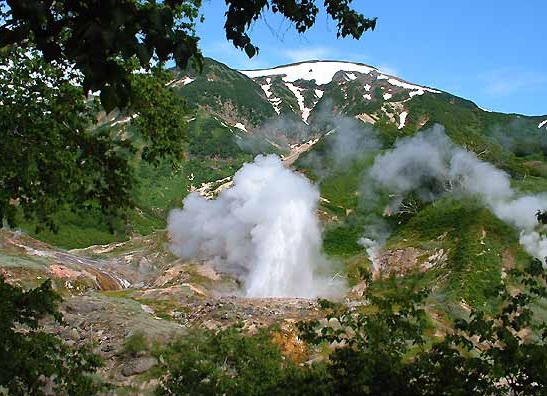 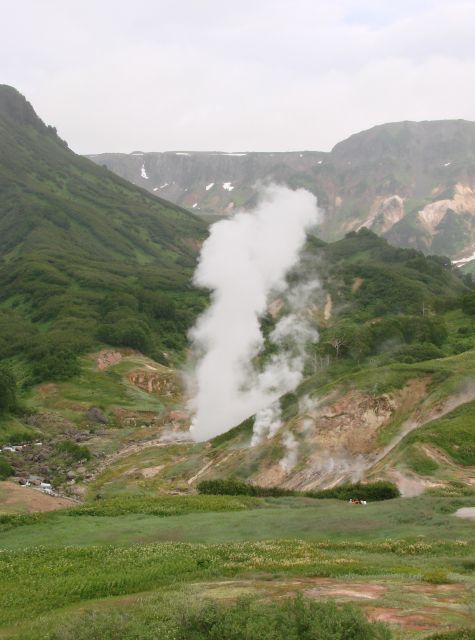