World Tourism / The Most Impressive Geysers on the Earth / Prince of Wales Feathers Geyser, New Zealand


New Zealand is not a very large island, but very fascinating. Breathtaking mountain panoramas and coastlines, and not only ... New Zealand is a peaceful, quiet ,relaxing and picturesque country. The whole country is seething and bubbling like a huge cauldron, suspended above an underground fire. “The earth trembles, and its bark is like a cake pan in many places, cracks, and pulls out a pair from there ... "- a hero of the novel " The Children of Captain Grant " by Jules Verne saw Rotorua, the tourist mecca of New Zealand.

On the outskirts of the city park the thermal area Whakarewarewa is located - numerous lakes with hot (400 C) water, shrouded in steam and surrounded by mountains. Whakarewarewa means "the rising of Warriors Wahiao" ), often called simply Whaka and it is a geothermal area in the Taupo volcanic zone, Rotorua city in New Zealand . Whakarewarewa is home to about 500 sources, most hot springs alkaline , and at least 65 geysers , including seven active geysers.

The Prince of Wales Feathers Geyser

The Rotorua area attracts many visitors due to the great thermal activity of the Prince Charles Geyser. This is one of the most spectacular and impressive geysers. On the banks of the ponds giant ferns grow. The proximity of these botanical relics form the geysers and fumaroles. These are cracks in the ground from which steams escape and create an overall impression that you are in the Earth's prehistoric past. Every 20 minutes, "The Prince of Wales Feathers" Geyser begins its show here and this is only a prelude to the main action, which is created by the largest Pohutu geyser in New Zealand. Splashing it throws a fountain height up to 30 meters.

The Prince Charles Geyser is situated near the Pohutu geyser and the origin of the name of the geyser goes back to the 1920 year when Prince Charles of Wales visited Whakarewarewa and someone assimilated the eruption of the geyser with the feather of Prince Wales’ hat.

Eruption of the geyser

Prince of Wales Feathers Geyser always erupts before the Pohutu Geyser. Its oblique jets reach heights of about eight meters. The hot water flows on the foreground and provides an icon scenery. The "Prince of Wales Feathers" gathers obviously a special audience. It warms-up, starts its first presentation, letting a weak stream first , but its height releases gradually and then increases and finally reaches nine meters. The maestro and the romantic geyser as it is considered is capricious: the power of the geyser activity depends on the wind, as well as an actor’ s role can depend on his mood. To see this view, of course, it is worth. And when you find yourself on this for so long drifting piece of land, not to go to Rotorua will be simply unacceptable. The openings of these fountains are framed by white flint incrustations, which have been formed from hydrogen sulfide dissolved in water.

This geothermal area is of exceptional beauty and at the same time the city is conceived and built as a unique resort. Clearly in the middle of Lake Rotorua is the island with its own Mokoyya, especially medicinal spring. But the valley of geysers is the main attraction - the largest geysers in the country, "the Prince of Wales Feathers" and Pouhutu, throwing every 20 minutes the water to a height of 30 meters. Let's go and relax there, take care of health, study the geothermal area, bath, fly over the geysers by helicopter, enjoy the beauty of learning the culture of Maori that are the focus of these places.

Write your Review on Prince of Wales Feathers Geyser, New Zealand and become the best user of Bestourism.com 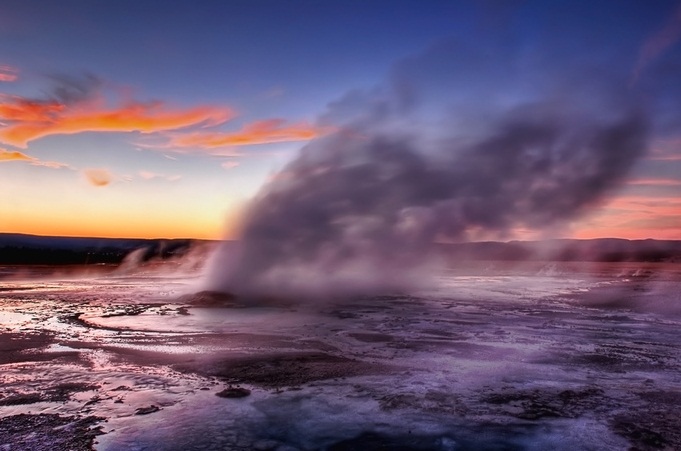 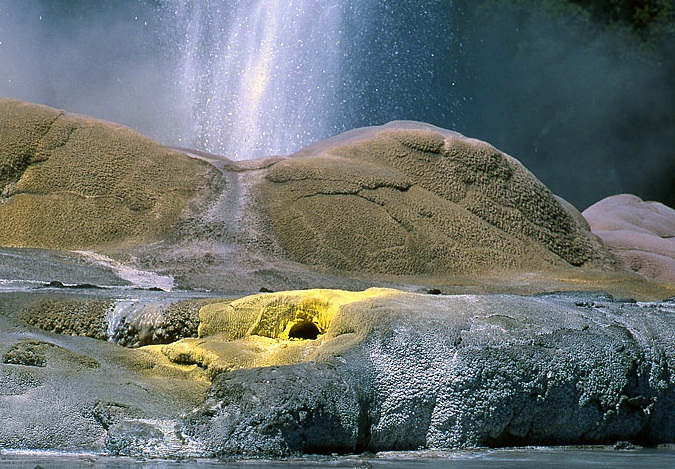 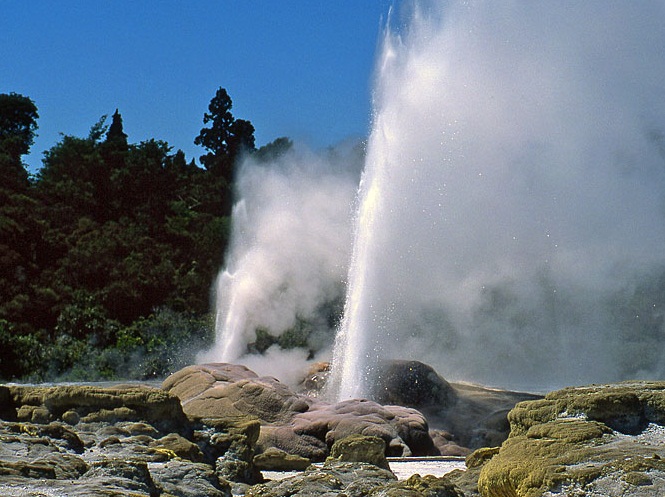 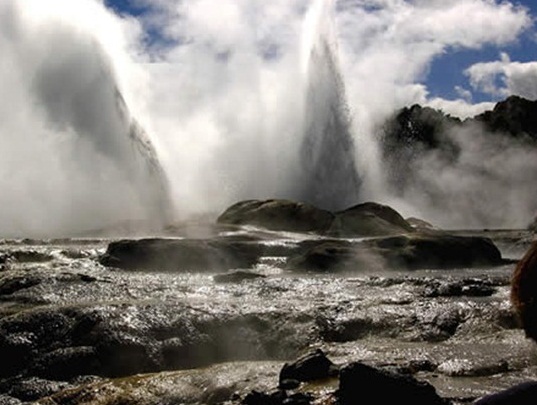 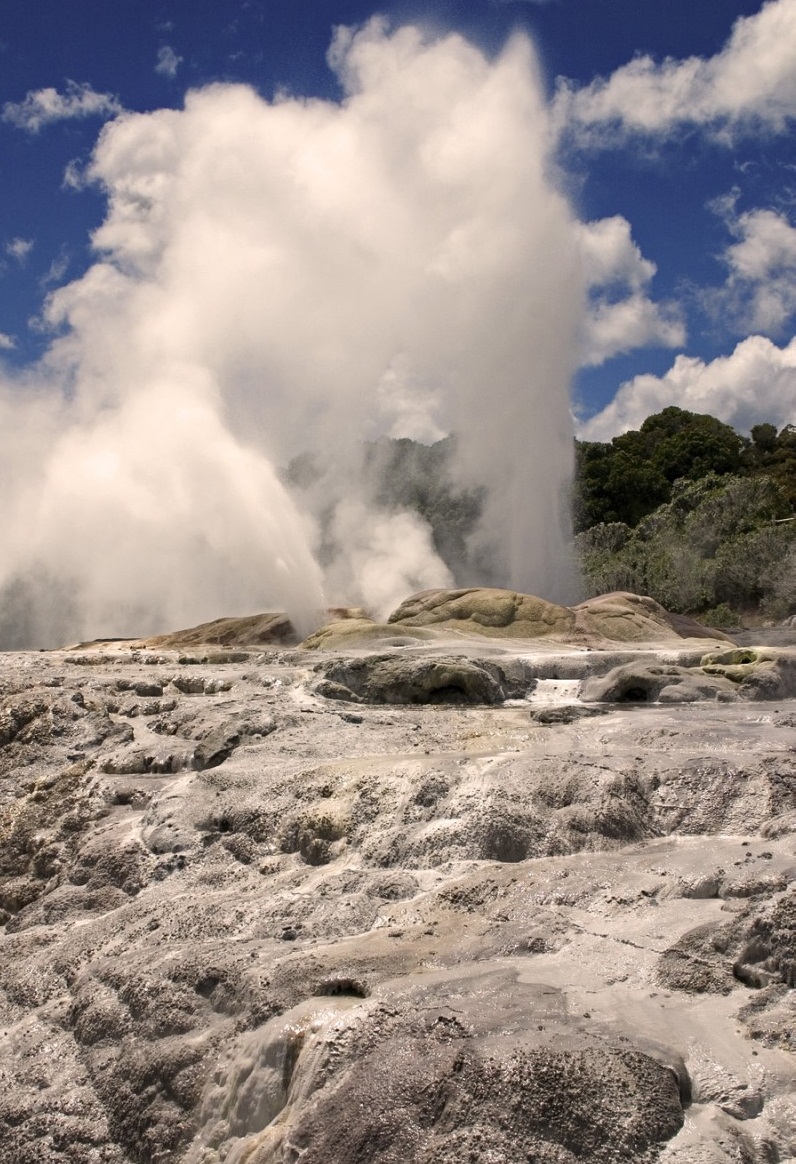 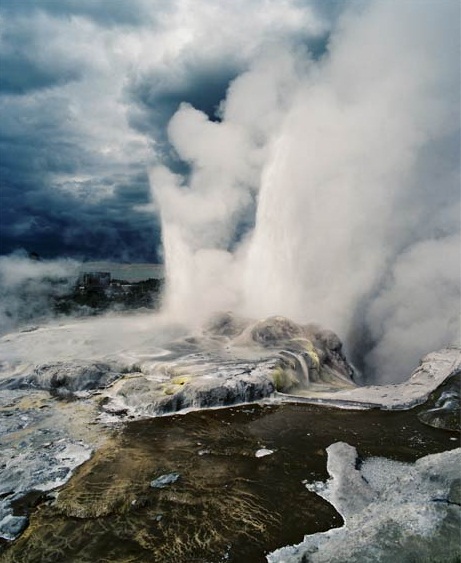 Prince of Wales Feathers Geyser, New Zealand - One of the most beautiful geysers in the world 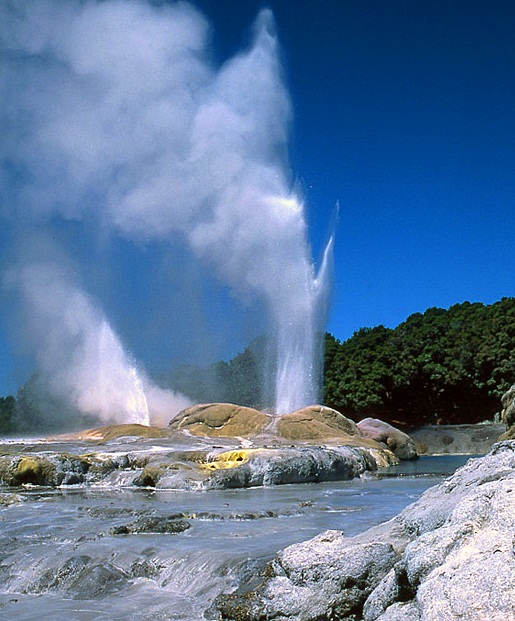