World Tourism / The Most Impressive Geysers on the Earth / The Old Faithful Geyser, Yellowstone Park

The Yellowstone National Park is located in the northwest part of Wyoming, "climbing" on the territory of other two states - Idaho and Montana. There are many geysers in the Yellowstone Park geyser basin . However, the wooden sidewalks of the Upper geyser gives the opportunity to see almost all the most interesting. In total, the park has 10,000 hot springs, geysers, including 200 daily bringing to the surface 390 tons of rock. Surrounded by mountains the Yellowstone National Park lies on the volcanic plateau 2200-2500 m above the sea level.

About the Old Faithful Geyser

In the vast valley, which runs to the length of 2.5 kilometers near the edge of the forest, a slightly raised mound of gray limestone which is barely noticeable smokes constantly. This is " The Old Faithful" geyser, named for another pioneer of Yellowstone regular eruptions. Every 65-66 minutes from its neck, reaching a diameter of about two meters, a powerful water fountain height of 40-60 meters begins to beat. There are emissions for 3-4 minutes to 50 thousand liters of boiling water, the geyser fades and only a little puffing steam. About a million times hit, " The Old Faithful" since its discovery, "led" the drafters of the schedule (which is posted for the benefit of tourists) only three times: twice as "hasty", worked after 33 minutes, and once "too late" by hitting for a half of an hour.

After dark, the spotlight turns into a colored eruption in a fantastic performance, which converges on the view, almost all nearby. Now " The Old Faithful" brings millions of dollars profit to the park and to the state. A hotel, a construction of log oversized multi-storey cottage with cottages scattered around was built there and thousands of visitors rest for a season. " The Old Faithful" is not the biggest upper geyser basin decoration. The "Giant" squirts water up to 75 meters high and it has 2-3 hours of eruption throwing four million liters of water.

The power of nature

The Old Faithful Geyser, named during an expedition in 1870, demonstrates the power of nature every 65 to 90 minutes, depending on the duration of the previous eruption. The eruption can shoot up to 8400 gallons (32,000 liters) of water 185 feet (56 meters) in height. The internal temperature of the water was measured at 244 ° F (118 ° C), with a steam at a temperature of 350 ° F. The Old Faithful erupts twenty times a day, but the seismic activity in this area can be changed as it was measured twenty-one times the day before the earthquake in the 1959.

The Old Faithful does not seem to be getting less reliable, although, the eruption can be predicted with about 90 per cent confidence. There are programs to entertain and inform the gathering crowd in the interval between the eruptions. These programs are held on the promenade in the immediate vicinity of the three boxes that surround the Old Faithful. There are benches available, but in the summer months, the crowd can be so large that it is necessary to get there early to keep a place. The Old Faithful Geyser can be easily spotted from the back of the crowd along the boardwalk, and in other areas of the park . You can also enjoy a cable-hour along the Old Faithful in Yellowstone with a collage of rising hot spots, hiding the animal herds and remote waterfalls.

The eruption of the Old Faithful can be seen any time of the year, but at the Yellowstone National Park you can experience extremes. Summer can be crowded and hot, and winters are usually snowy and cold, but every season adds something to the beauty and the implementation of the communication. The popular time to visit to avoid these limbs is during the spring or the fall season. The sunset and the sunrise viewing the Old Faithful is particularly beautiful. It is possible to view the Old Faithful from 360 °, so do not feel obliged to stay on the main part of the boardwalk that winds through the basin. There's so much to see and to do in the Yellowstone National Park, which is larger than the state of Delaware or Rhode Island. You may spend a week and still not see it all. If you do not have a week, some of the best events can be found in the upper geyser basin in the southwest corner of the park. All the geysers, pools and wildlife make it a truly unique place to visit.

Write your Review on The Old Faithful Geyser, Yellowstone Park and become the best user of Bestourism.com 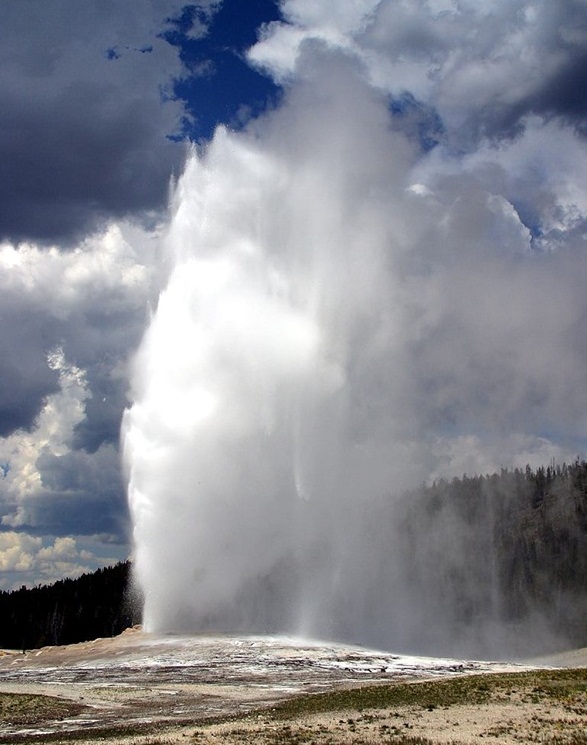 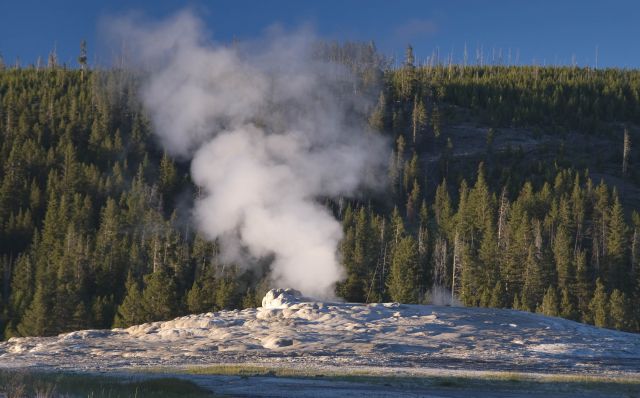 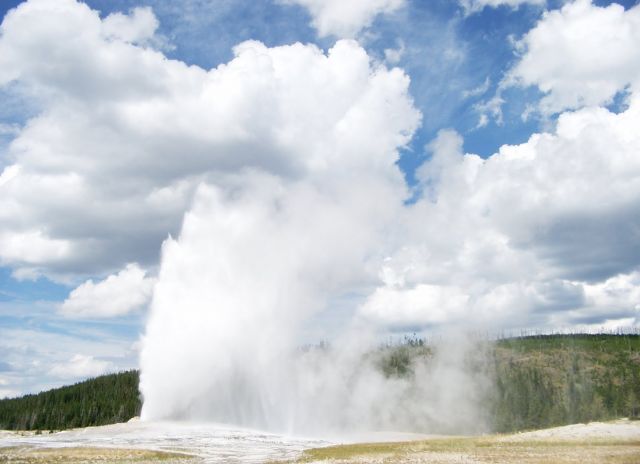 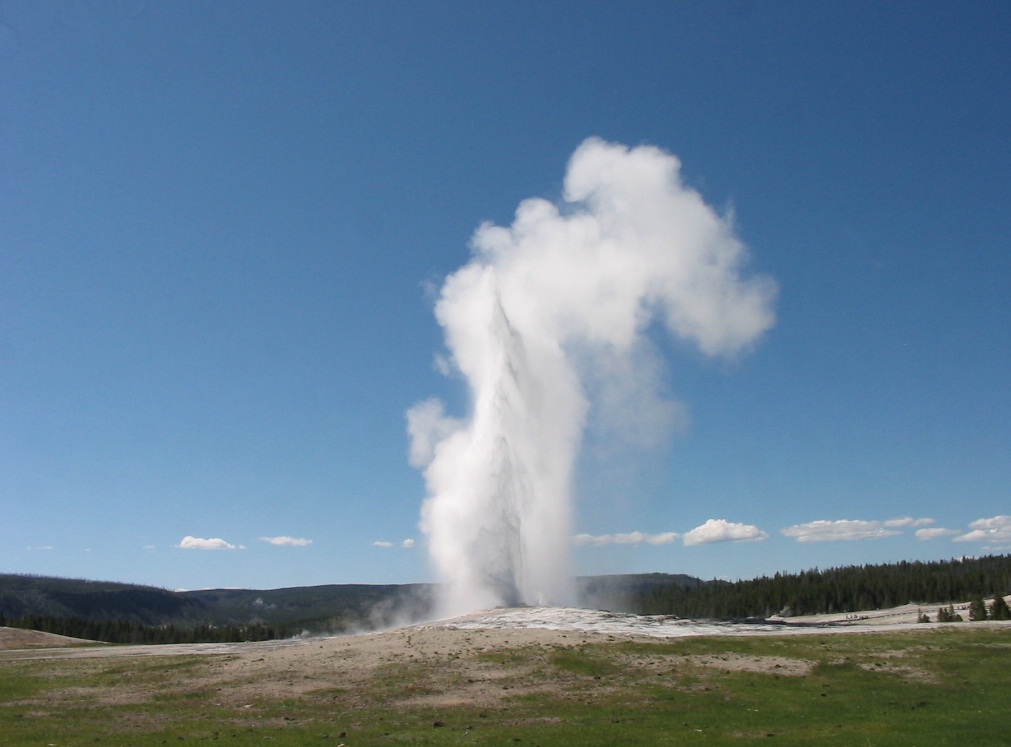 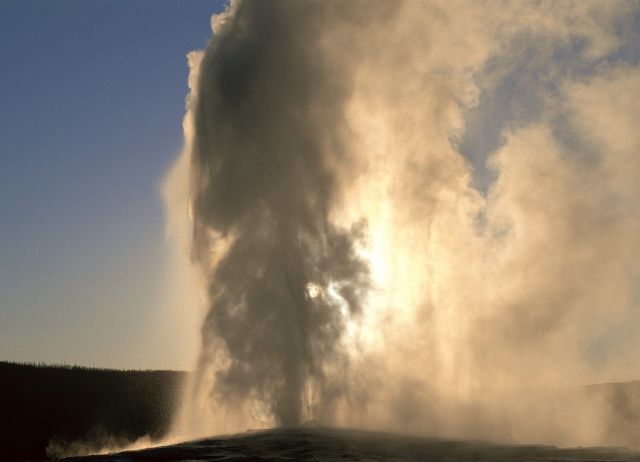 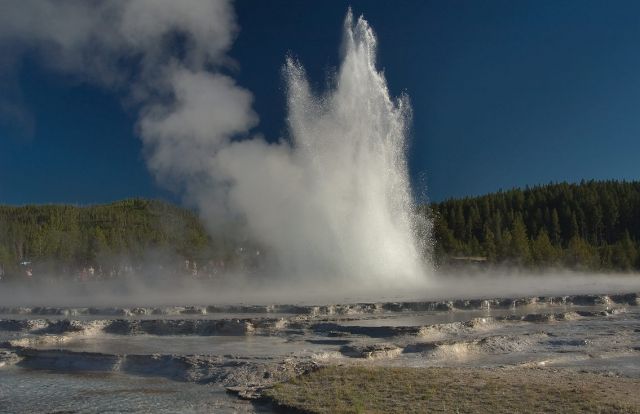