About the Opera House

The Sydney Opera House is located in the Sydney Harbour, on Bennelong Point. This place was named after a native Australian, a friend of the first colony governor. The usual tram depot was situated in place of the Opera till 1958.

A competition was announced in 1954. The winner had to implement the idea of an opera house building. Two hundred twenty three highly qualified specialists from 32 countries participated in the competition. The winner of the contest was little-known Dane Iorg Utzon.

The Sydney Opera House building was performed in the Expressionism style with a radical and innovative design. The building covers an area of 2.2 hectares. Its length is 185 meters with a maximum width of 120 meters. The building weighs 161,000 tons and it is supported by 580 piles, descended into the water to a depth of almost 25 meters above the sea level. Its power supply is equivalent to the electricity consumption of a city with a population of 25 000 people. The electricity is distributed over 645 kilometers of cable.

The roof consists of 2194 pre-fabricated sections, at a height of 67 meters and weighs over 27 tons, the whole construction is holding up by 350 kilometers of steel cables. The roof of the theater forms a series of "shells" of the defunct concrete spheres of 492 foot diameter, they are usually referred to as "shell" or "sail", although this is not true in terms of architectural definition of such a construction. These shells are made of precast, concrete panels in the shape of a triangle, which are based on 32 teams of the ribs from the same material. All the ribs are part of a great circle, which allowed the outlines of the roofs to have the same shape, but the entire building to have a complete and harmonious form.

The whole roof is covered with 1,056,006 white and matte cream tiles. Although it seems that the construction is made entirely of white tiles. The tiles are of different colors if they are differently lighted. The entire surface of the roof turned out perfectly smooth thanked to the mechanical method of laying the tile. All the tiles were made by the Swedish factory Höganäs AB with self-cleaning technology, but despite that regularly works on cleaning and replacement of some tiles are held.

The two largest set of shells form the ceiling of the Concert Hall and the Opera Theater. The ceilings of other rooms are formed by a group of smaller arches. The stepped roof structure was very beautiful, but created problems within the building height. The resulting height did not provide proper acoustics in the halls. Individual ceilings that reflect the sound were made to solve this problem. The restaurant Bennelong is located in the smallest sink away from the main entrance and the grand staircase. The interior of the building is decorated with pink granite brought from the region Tarana, wood and plywood.

Those who are not impressed by the Sydney Opera House, will be impressed by the interior of the opera, whose style was called "gothic space age". The theater curtain, woven in France, is the largest in the world. The area of each half of this wonderful curtain is 93 m2. There is a huge mechanical pipe organ in the concert hall. It has 10,500 pipes. There are five rooms for different performances, a cinema and two restaurants under the arches of the opera. The Sydney Opera House is the home of a symphony orchestra, the Philharmonic Choir and the City Theatre.

The Harbour Bridge and its construction always evoked the smile of the local residents. The bridge acquired the nickname “the clothes hanger”. Officially, this functional steel structure is named after its engineer Bradfield Highway. The gray color of the bridge is explained by cheap paint that was used in crisis years of the bridge building, from 1923 to 1932. The total length of the bridge is 1,150 meters and the length of span between the arch trusses is 503 meters. The maximum height of the bridge is 135 meters on the level of water. Tourists having a walk on this bridge will enjoy the superb views of the bustling port and the entire Sydney.

Write your Review on The Sydney Opera House and become the best user of Bestourism.com

Maps of The Sydney Opera House 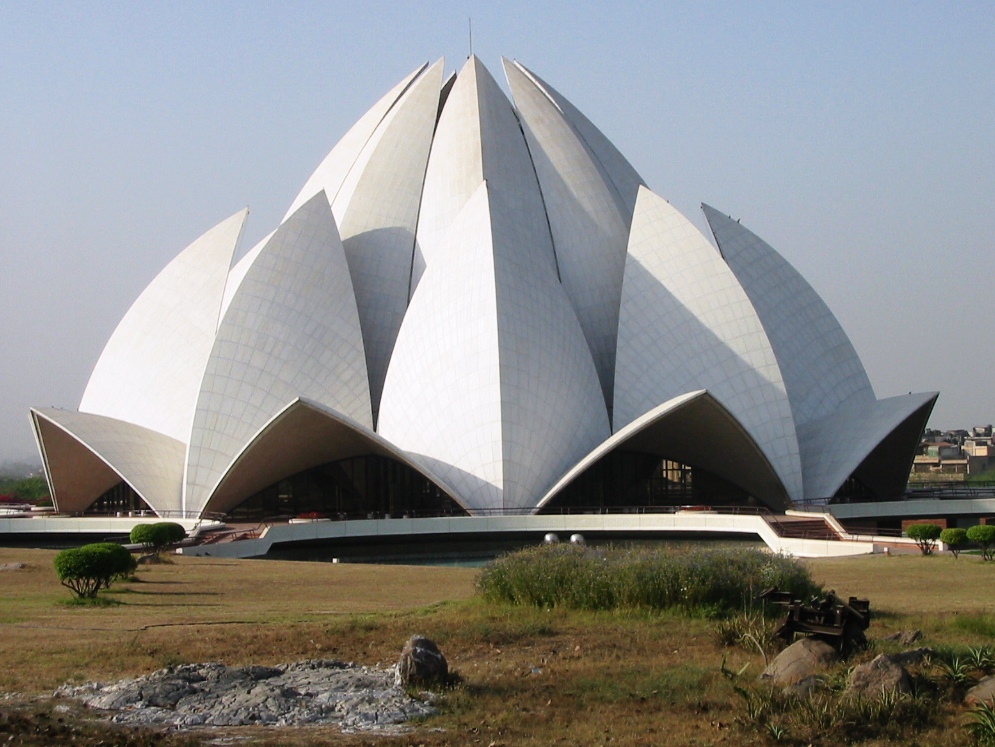 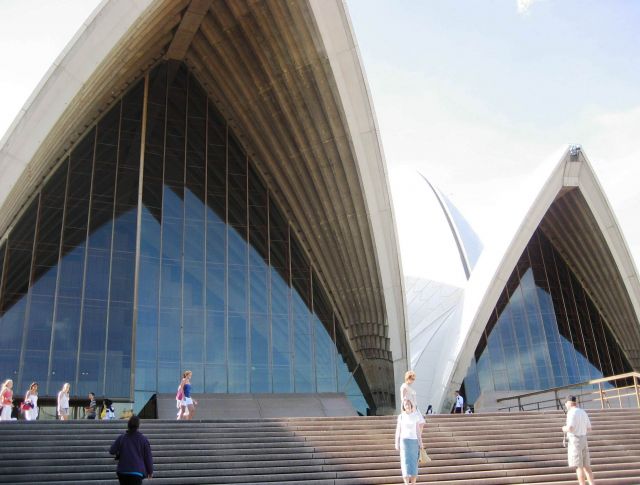 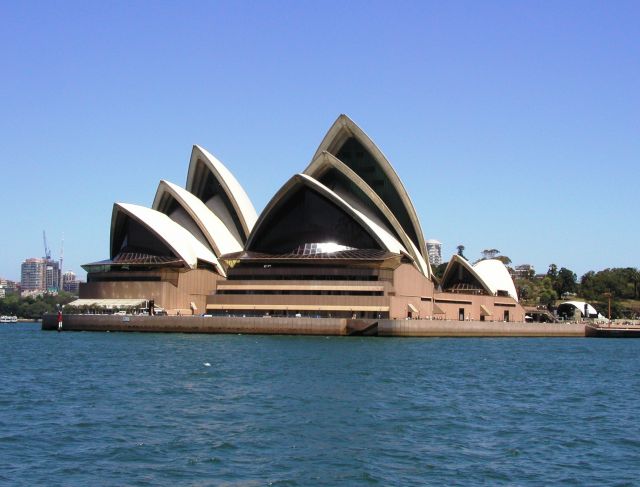 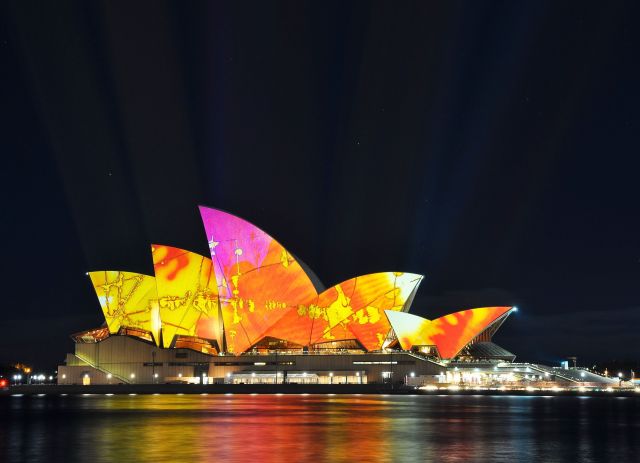 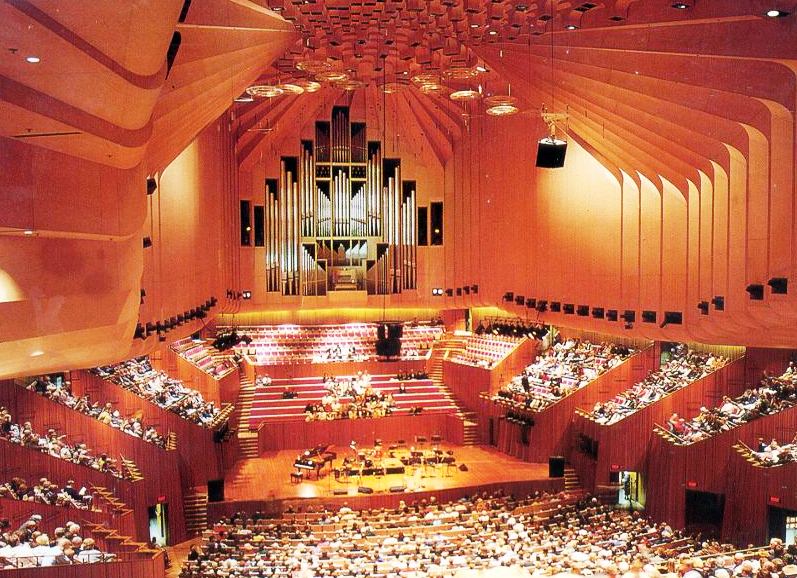 The Sydney Opera House - The Opera inside