World Tourism / The Most Impressive Geysers on the Earth / The Valley of Geysers , Kamchatka

The Valley of Geysers , Kamchatka


About the Valley of Geysers

The Valley of Geysers is the original card of Kamchatka and the brightest natural sights of the peninsula. It is the world’ s famous place, one of the greatest geographical discoveries of the twentieth century. This pearl, hidden in the Kronotsky Biosphere Reserve Canyon, invariably causes the vivid emotions and experiences that are remembered for a long time. Those who visited these places, experienced a feeling of exclusivity: they had been witnesses of a rare natural phenomenon - the "work" of many geysers, they felt the powerful breathing and boiling underground, which emits thousands of cubic meters of hot water and steam at regular intervals of time.

The valley is located among the volcanoes, stretching along the east coast of the Kamchatka Peninsula, located at 180 kilometers northeast of Petropavlovsk-Kamchatsky. It was opened in 1941 by Tatiana Ustinova, a geologist. And all these years the place is the object of interest for tourists from all over the globe.

Description of the surrounding area

The Valley will greet you with numerous streams of swirling steam spouting boiling springs, flashing colored rain splash and a slight smell of sulfur. Geysers are stretched by about 5 km along the river, beginning and ending with the Firstborn, Upper geyser at Triple Falls. They are all different, not similar to each other. The uniqueness of the Geyser Valley that is over 6 kilometers consists in the fact that here are situated more than 40 geysers and numerous thermal springs. Mud pots and volcanoes, hot lakes, steam jets, compact warm plates side by side in a small space. In this colorful spectacle every natural phenomenon has its role. As scientists say, one can observe all the known forms of modern hydrothermal activity. At the same time each geyser has a boiling spring, spouting water-steam mixture. Each geyser is unique in its way. The “ Big” geyser pulls an impressive water cascade from a vast shell-griffin and the Giant offers great spectacle for visitors. In the Valley there was a kind of ecological system, presenting a unique community of thermal bacteria, algae, lichens, mosses and higher plants. All these, combined with colorful geyzers’ deposits create an unusually vivid palette of colors.

Among the hot springs, geysers occupy a special position. Periods of rest alternate with periods of intense activity, and each geyser has its own periodicity of action. To hot spring gush forth, you need a combination of many environmental conditions, the shape and the depth of the underground canal, the pressure, the flow of cold water and the superheated steam. A geyser ‘s activity is largely dependent on the amount of surface water that flows into the subsoil. The steam and gas is separated from the magma chamber, the heated water, boiling up is pulled out the cracks on the surface of a variety of fountains. This phenomenon is as beautiful as it is unusual. Large geysers are known only in Iceland, Yellowstone Park USA and here . But the beauty, the majesty of the picture and the amount collected in a limited area of flowing sources of Kamchatka Geyser Valley has no equal. Tourists often visit the Valley of the Geysers in conjunction with Caldera Uzon, flights which take no longer than 10 minutes. A huge volcanic bowl of almost 30 square miles just breathe the deep warmth of the earth, walking where one can feel its giant energy. Thermal lakes, boiling mud pots and springs - this is pictured here by mother nature for hundreds of thousands of years.

The Valley of Geysers and the caldera Uzon is just a small, though the brightest part of the Kronotsky reserve. On its territory there are 25 volcanoes, eight of them - acting. The highest of them is the Kronotsky hill. Its perfectly flat cone on the correct form and beauty could easily compete with the Japanese Fuji. The Valley of Geysers is a special protected area. The tourist trails are equipped with a specific platform, offering the most spectacular wonders of the local angles. The path to the Valley blocks the mountains, covered with thickets of giant grasses and chaotic interplay of cedar and alder, and therefore the valley was opened just 60 years ago, in 1940 by the members of the Kronotsky Biosphere Reserve under the leadership of Ustinova. Theplaces around the Valley are still uninhabited. You can get here only by helicopter (or on foot about two weeks). During the flight, you will see the erupting Karymsky volcano, the turquoise acid lake in the crater of the volcano, the small Semyachik and the gorgeous panorama of Kamchatka from the Pacific Ocean with waves of white laces up bristling with sharp , volcanic mountains. The land of Kamchatka is quite magical.

Uzon is a giant depression (caldera) size 9x12 km, formed approximately 40,000 years ago on the volcano exploded. The place is called " The Soaring land". And indeed, walking on hot, as if alive, you can feel the energy of our planet, exploding out from under the feet of the land of the caldera. All squelching, smacking, whistling, puffing. Mineral lakes, mud pots, steams from the columns of hot springs, yellow, fumarole fields, clay smoking, lots of craters boiling and bubbling. Mineral and ore-formation happen right before your eyes.

Plunge into the fantastic world of beauty and mystery of the Valley of the Geysers and the Uzon caldera and have an excellent experience. You are guaranteed! The Big Geyser is one of the most spectacular geysers in the Valley. Be sure to wait for its eruption!

Write your Review on The Valley of Geysers , Kamchatka and become the best user of Bestourism.com

Maps of The Valley of Geysers , Kamchatka 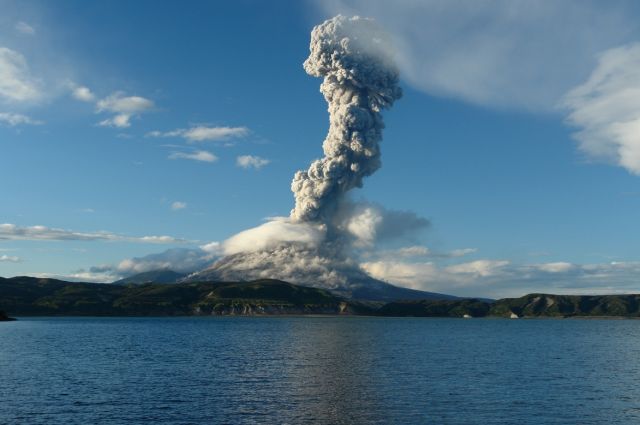 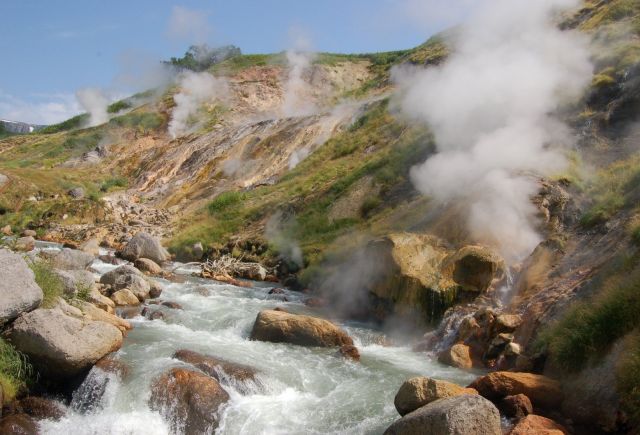 The Valley of Geysers , Kamchatka - Fantastic world of mystery 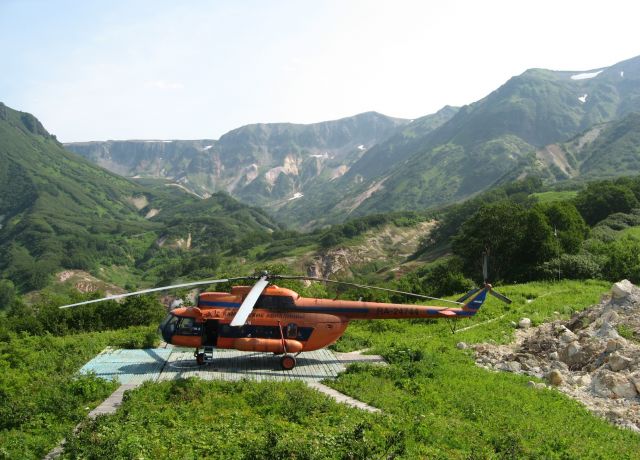 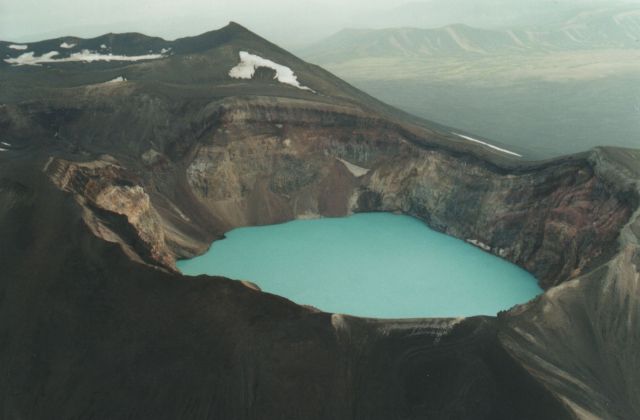 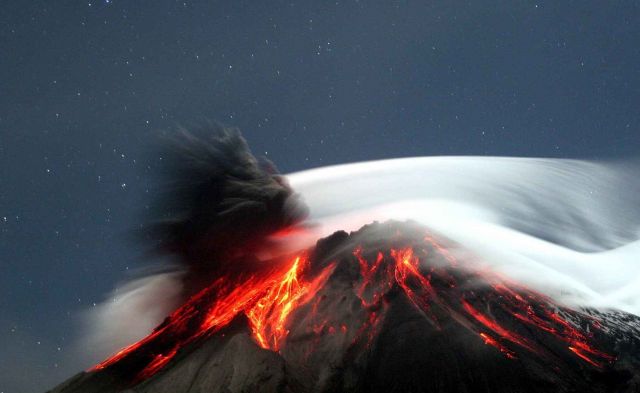 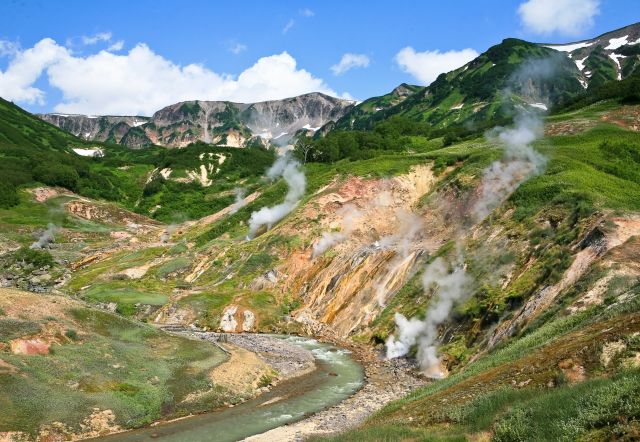 The Valley of Geysers , Kamchatka - The world's famous valley 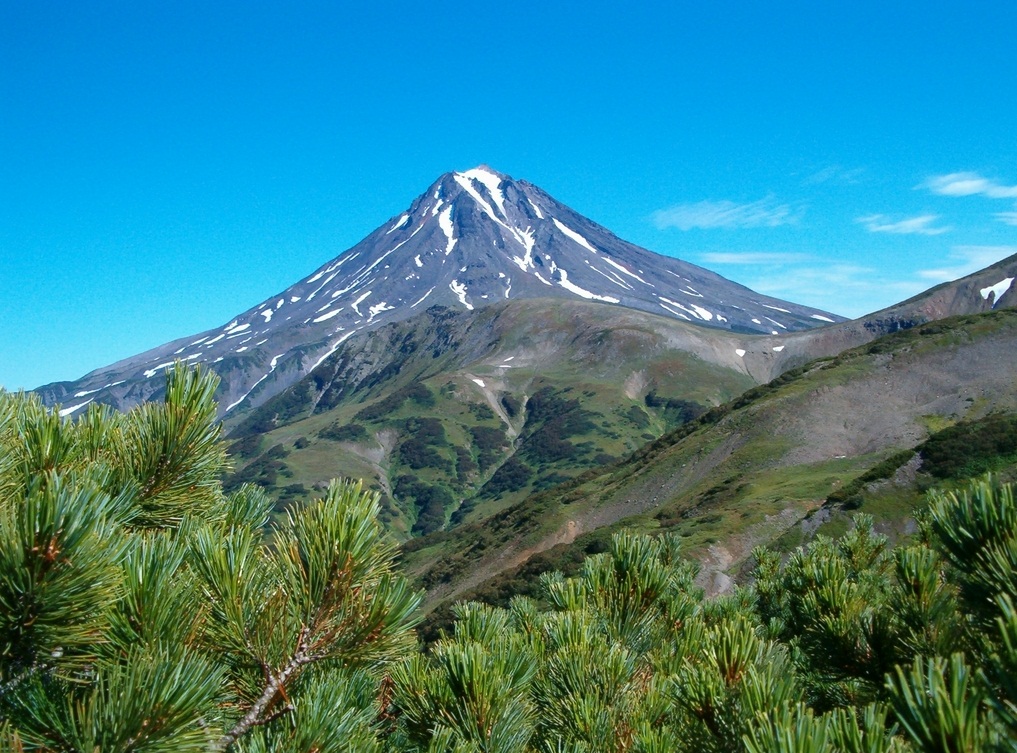 Video The Valley of Geysers , Kamchatka