World Tourism / The Most Impressive Geysers on the Earth / The Strokkur Geyser, Iceland

Oohs and aahs raise from the clockwork. The turquoise water gurgles and bubbles from over the holes and it grows and grows until, with the pop and hiss, beats up, shooting to an impressive 30m high. Cue oohs and aahs.

Strokkur may not be the most impressive geyser in the world, but it is certainly the most reliable. It erupts as on a schedule, every five minutes or so. The name belonged to Iceland's most impressive geyser (pronounced gay-Zeer) - formidable geyser that shot 80 in the air, and provided the namesake for all other geysers around the world. Unfortunately for the Old Geyser, a group of tourists threw stones at him one day, trying to enhance it. Instead, the rock connected in the spring, and now it shoots up only sporadically, not having its original height. Same vandalism happened in the 1950s, other in the late 19th century. No matter when, the fact remains: Geysir lies silently ferry, while Strokkur has stepped in as the area's greatest attraction.

Strokkur geyser is in the middle of the geothermal field, surrounded by Bubbling Springs and yellowed rocks, in the east of the Thingvellir National Park. This is an area of intense volcanic activity. The park is based on the fault of the Mid-Atlantic ridge line, where the European and the North American plates are literally pulling apart. This intense underground activity and pressure force the terrible Strokkur's explosions. Strokkur emits a fountain of hot water at a distance of 20 meters (70 feet) above the ground, and sometimes it even gives triple eruption, throwing out of the water column and a pair of three times in a row. Geysers are formed by a geothermal heat water that becomes trapped in narrow underground fissures. The water at the surface is cool, but the water below becomes hotter and hotter, warmed by the surrounding volcanic rocks, and it eventually turns to steam. After sufficient pressure is generated, steam blasts, firing up the surface water in a beautiful spray. The water there is stinky. All of Iceland from remote houses in rural areas to 5-star hotels in Reykjavik are heated with sulfuric natural sources of water, a smell with which the country quickly got used.

Best time to visit the Strokkur geyser is from June to August, as the weather in Iceland has warm days at their longest and all tourist accommodations. Of course, this also means that when the country is busy. If you prefer a crowd, but still want a comfortable warm weather and long days, visit Strokkur in late May or early September. Just keep in mind that many hotels and restaurants in small towns operate only during the peak tourist season. Strokkur geyser is part of the Golden Circle - an area that includes a geyser, the Thingvellir park and the spectacular Gulfoss waterfall and it is a popular day trip from Reykjavik.

Give yourself a full day to take in all that the Golden Circle has to offer. Although you have to pay to get to Strokkur (either by bus, car or tour groups), it's free to view the geyser. Dress properly. The weather in Iceland is unpredictable and can vary from hot to cold, from sun to rain, within minutes. Do not stand downwind of the geyser Strokkur, if you're not in the mood for a shower.

Write your Review on The Strokkur Geyser, Iceland and become the best user of Bestourism.com

Maps of The Strokkur Geyser, Iceland 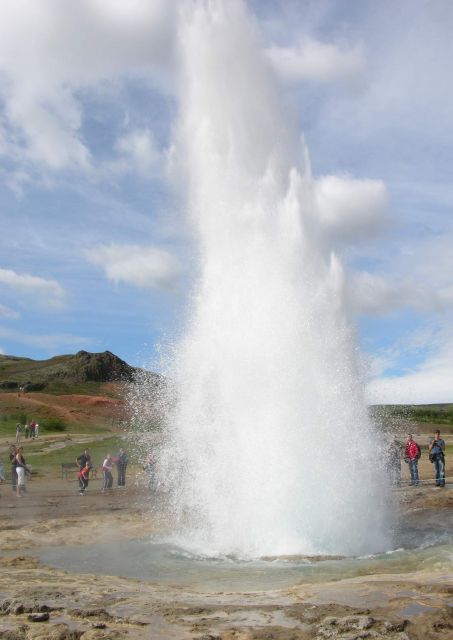 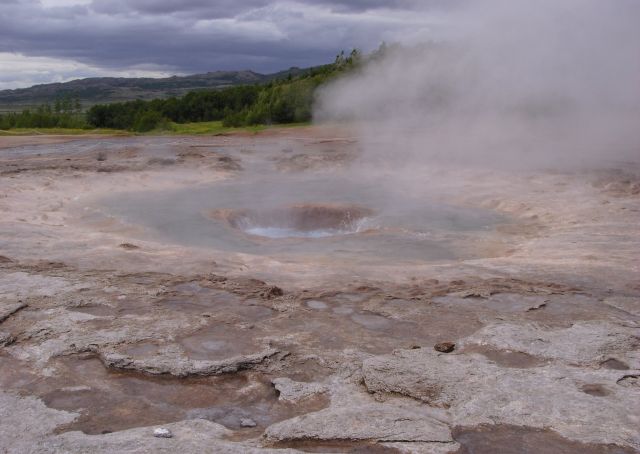 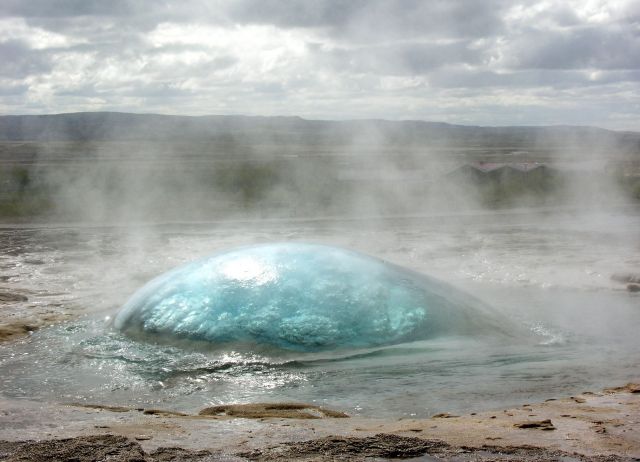 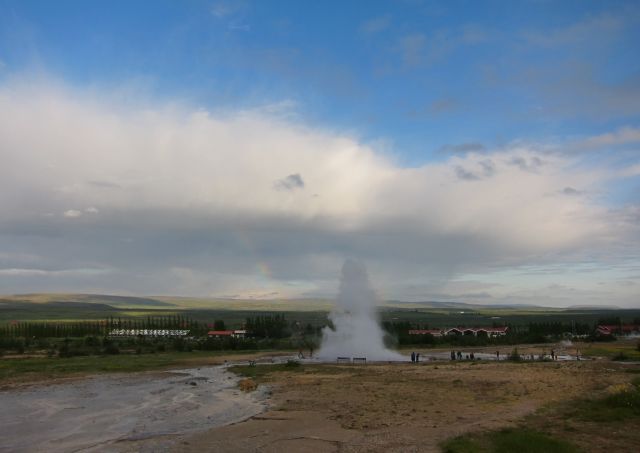 The Strokkur Geyser, Iceland - The beginning of the erruption 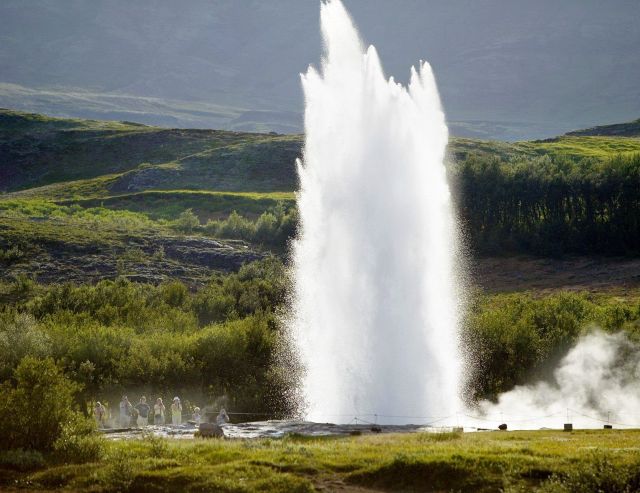