World Tourism / The Most Impressive Geysers on the Earth / The Old Geysir, Iceland

Geyser is the oldest geyser of Iceland located in the south Haukadalur valley, east of Reykjavik (100 km). The fame of this area was brought by the geysers – hot springs or underground sources that periodically emit (gushes) in the air column of hot steam and water. In fact, the geysers are kind of manifestations of late-stage volcanism, commonly found in the areas of seismic activity, that is, the volcanic activity today.

The Haukadalur valley is famous for the two largest geysers of Iceland - Geysir , as well as Strokkur. The country itself is also called as the island on which it is - Iceland, which is covered not only by glaciers, but volcanoes, geysers, lava and other sources. Many of the volcanoes of Iceland are in force, famous around the world, for example Hekla, which became a symbol of Iceland. The Eyjafjallajökull volcano is considered a monster, the volcanic dust clouded the whole of Europe, due to which Iceland is now seen by many as one of the most dangerous places on the Earth. But, no matter what, Iceland is considered one of the most beautiful places on the Earth. In many respects this is a fantastic achievement Haukadalur valley - the valley of geysers in Iceland.

It is considered that there were geysers in 1294 because of the strong earthquakes that provoked significant changes on the Icelandic landscape causing the formation of several hot springs. The name "geyser" was coined by the same Icelanders, in whose language the word “geysa” means "gush." That is exactly how the oldest and once the most popular geyser in the world - the Old Geysir had been called. The Old Geyser became the founder of the name of this natural phenomenon. Geysir was discovered by some people at the end of the XIII century and it is considered the first batter out of the ground sources found by men.

The activity of the Geysir

According to the records left by the historians of the time, at those days (in 1630), Geysir erupted with such a force and speed that many hundreds of miles throughout the district the earth trembled. In general, in 1630, it should be noted that it was a record number of active geysers, volcanic eruptions which were similar to explosions, vibrating the ground. But by the end of the XIX century a huge geyser began to give, and gradually exhale, it fell asleep and did not show any activity for a long time. It is with earthquakes largely related changes in the activity of the Old Geysira, who was inactive until 1896, in which regular shaking the earth's crust caused the legendary geyser with a new force on the surface of the mass throwing boiling water. Only now it happens less frequently, only a few times a day. The activity increased Geysira in 1910, when the eruption occurred every half an hour, but after an interval of five years between the emission, hot fountains rose up to six hours, and soon (in 1916) the eruptions practically ceased. The fairly strong earthquake in 2000 woke Geysir and it began erupting eight times a day, but the column of water rose up above the ground only 10 feet, and by 2003, the geyser is active up to three times a day.

Today's most popular geyser in Iceland is the Strokkur geyser, located just a few yards from his old Geysira. And it is popular not only because it erupts every 2-6 minutes, but that is the most highly beating up a geyser in the world. Although Strokkur is more popular than Geysir, the strength and the height of the exhaust air in the water column above the latter, Geysir gushes up to 60 meters, in contrast to Strokkura, fountain, which is three times lower.

But not only these two famous geysers decorate the Haukadalur valley. The place is rich in other couple of dozen small geysers and more hot springs. They also decorate the beautiful Gullfoss waterfall. While the simple eye does not notice the changes taking place in the valley due to the seismic activity, this place is constantly changing. Each guide, starting from the far XVIII century, contains a detailed description of the famous valley and its popular Haukadalur geysers. Geysir and Strokkur are considered obligatory places to visit by every tourist in Iceland and they are part of the popular tourist route "The Golden Ring" in southern Iceland.

Write your Review on The Old Geysir, Iceland and become the best user of Bestourism.com

Maps of The Old Geysir, Iceland 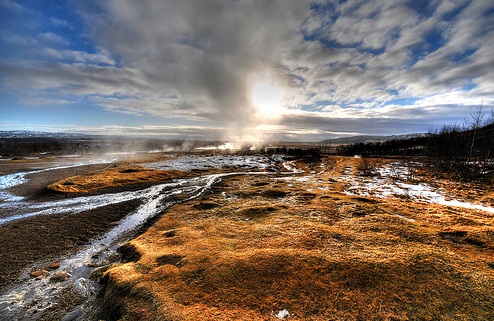 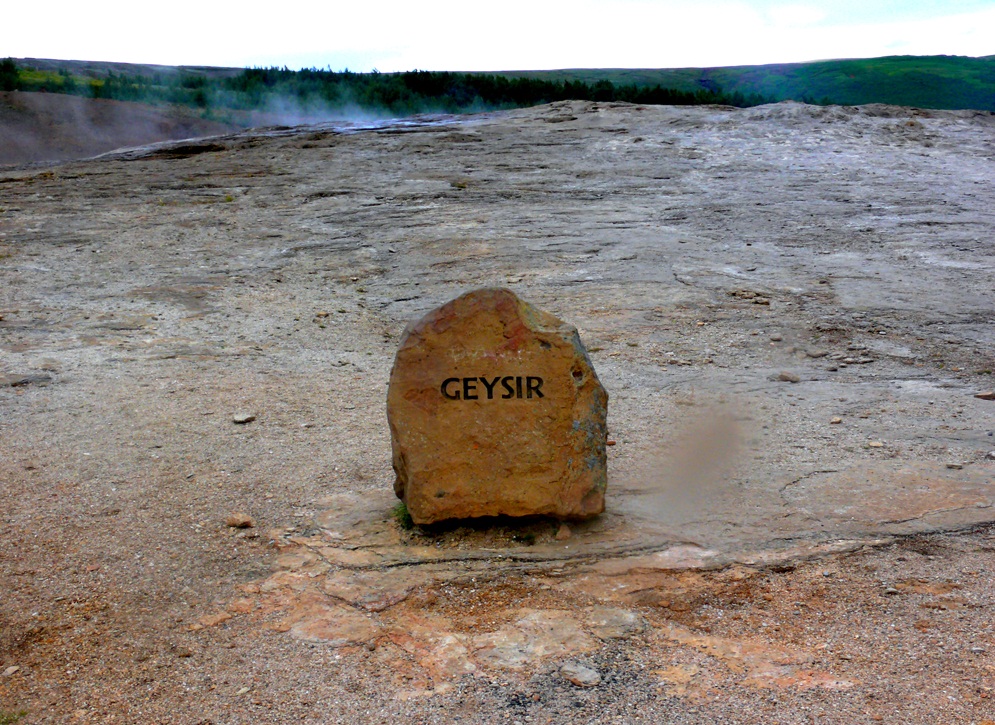 The Old Geysir, Iceland - The oldest geyser in the world 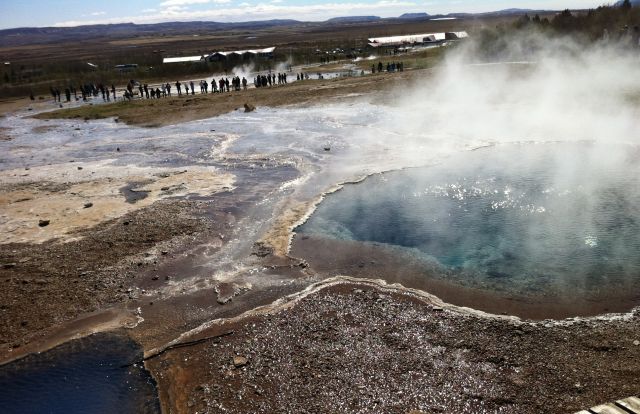 The Old Geysir, Iceland - Ground sources of the area 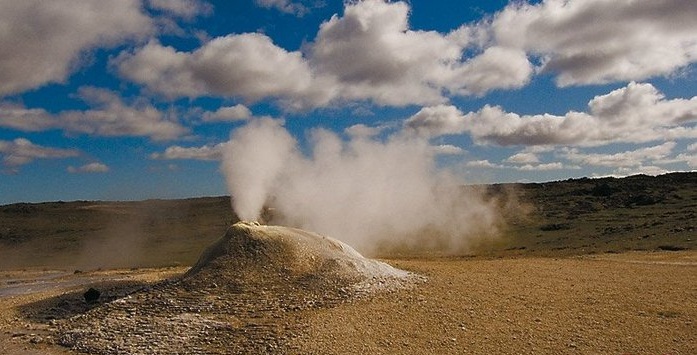 The Old Geysir, Iceland - The oldest geyser of Iceland