Destinations / The Longest Rivers in the World / The Amur River


About the Amur river

The Amur is a river in the Far East. It passes through Russia (53% of the pool) and China. The main tributaries are: the Zeya, the Ussuri, the Bureya, the Songhua, the Amgun, the Anuy and the Tunguska. Cities: Amursk, Blagoveshchensk, Khabarovsk, Komsomolsk-on-Amur, Nikolaevsk-on-Amur (Russia), Heihe (China).

The origin of the river

The name of the river comes from the word “ amar” of the Manchu-Tungus languages meaning "Big River". The Chinese called Amur "heiho" - " the black river", then "Heilongjiang" - (" the Black Dragon River"). The Mongols called Amur " Khara-Muren" - "black water". Actually the Amur River begins after the confluence of the Shilka - "glen" in Evenki and Argun - "wide" (ergun), translated from Mongolian.

The Amur River Basin is located in the temperate latitudes of East Asia. There are four physiographic zones within the Amur River basin: the forest (with mixed coniferous and deciduous forests, middle and southern taiga), the forest-steppe, the steppe and the semi desert (the northern subzone of the semi-desert and the dry steppe subzone). The annual precipitation ranges from 250-300 mm in most of the arid southwestern part of the basin of the Amur and the origins of up to 750 millimeters in the south-western part of the Sikhote-Alin mountain range. The Amur is formed by the confluence of the Argun and Shilka (as the origin of the river is considered to be the eastern extremity of the island of Mad). In the scientific and popular press there is also the view that the source of the river can take unnamed creek flowing into the Onon river, which merges with the river Ingoda and forms the Shilka River, which merges with the river Argun.

The length of the river

The area of the basin

Taking into consideration the area of the basin (1.855 million km ²) the Amur is the fourth largest river in Russia (after the Yenisei, the Ob and the Lena) and the tenth place among the world's rivers. The average water consumption in the Komsomolsk-on-Amur is of 9819 m ³ / s, near the mouth is of 11 400 m ³ / sec.

The valley of the Amur river

The peculiarities of the valley of the river divide into three main sections: the upper Amur River (the mouth of the river Zeya, 883 kilometers), with a flow rate of 5.3 km / h, the average Amur (from the mouth of the river to the mouth of the Zeya River Ussuri inclusive; 975 kilometers), the flow velocity 5.5 km / h and the lower Amur River (the mouth of the Ussuri River to Nikolaevsk-on-Amur, 966 km),with a flow rate of 4.2 km / h. The valley of the Amur River varies in size throughout its length. In some places, it falls into gorges, it is narrow, then it widens to a few tens of kilometers. The coast is occupied by meadows and forests. The bed of the river changes its direction, and then flood waters rush to the north, then they turn to the south. After the Amur passes back Small Khingan, it forms a large flood plain , and the flow becomes calm. After the confluence of the Ussuri River flow, the water flows more slowly. The most important feature of the hydrological regime of the Amur is the large fluctuations in the water level due almost exclusively to the summer-autumn monsoon rains, which make up 75% of the annual runoff. The level fluctuations in the river is relatively low, the water ranges from 10-15 meters in the upper and the middle and 6-8 in the lower Amur.

The Amur River basin is located within the three countries - Russia (995 000 km ², about 54% of the territory), China (44.2%) and Mongolia (1.8%). The Russian sector of the basin, in turn, can be divided into two unequal parts - the anthrax, which includes the relevant sections of the river basin Shilka and Argun, and the Far East, within which is essentially the whole valley of the Amur River - the left bank of the upper and the middle Amur River and the entire lower Amur with the relevant parts of this basin as a border. The Amur quickly became shallow in the vicinity of Khabarovsk, with furious ducts located on the opposite bank which got wider and deeper. According to the calculations of hydrologists, every year the stock increases by not less than 3%. In the winter of 2005 Pemzenskaya flow absorbed 51% of the total flow of water in the Amur river, which means that at present it is already the main channel rather than a secondary sleeve. In 2005, the process of shallowing of the Amur near Khabarovsk has slowed somewhat due to the incipient hydraulic works.

Almost every year excesses of phenol, nitrate and microbiological elements are recorded in the river. On July 8, 2008 in the Amur region on the Amur River residents have found a spot of unknown origin, presumably oil, which sizes up to 2 km.

The flora and fauna of the Amur River and its basin.

Flora and fauna of the Amur region is quite rich. It is simply an amazing beauty and a diversity of plants and animals. Many of them are listed as endangered. The Amur River basin is characterized by a great diversity of species of flora and fauna. Flowing through a vast territory the Amur combines animals and plants of southern and northern regions. Thickets animals inhabit the north, in the southern forest-steppe zone is inhabited by representatives of the South-East Asia. Here you can meet the American mink, the muskrat, the Far Eastern turtle, the elk, the deer, the tiger, the Amur forest cat, brown and black bears, as well as the sable and the red fox. There are birds like the capercaillie, the hazel grouse, the black grouse, the Siberian spruce grouse, the duck, the mandarin duck, the pheasant Manchurian and the goose-Sukhonos. Some are listed as endangered and preserved only in the Far East. In general, the basin of the Amur river teems with over 70 representatives of mammals, nearly 400 different species of birds, rising more than 5,000 species of vascular plants. This area plays an important role in maintaining the populations of birds such as the Far Eastern white stork, 95% of which nest in the Amur basin. 50% of the population Daurian cranes and 65% of Japanese have chosen the area for reproduction.

Of special value for the river are the chum and the pink salmon, which spawns during the climb into the Amur. Of less valuable, common species are: the crucian carp, the silver carp, the skygazer, the Amur catfish, the Amur pike and carp. In total, the Amur waters are inhabited by about 100 species of fish, making the river one of the richest fish rivers.

Fishing in the Amur is just incredible. It is a heaven for fishing. So, if fishing is your hobby, you may try it while a cruise on the river. You will experience wonderful moments having the best feelings and emotions. The river has many cozy corners for a perfect holiday, amazing beauty of the nature and a large number of fish provide all the conditions.

Write your Review on The Amur River and become the best user of Bestourism.com

Maps of The Amur River 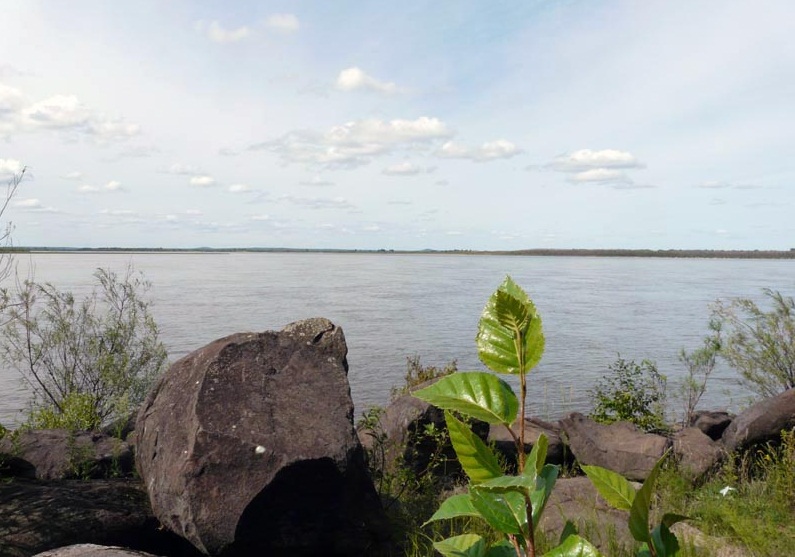 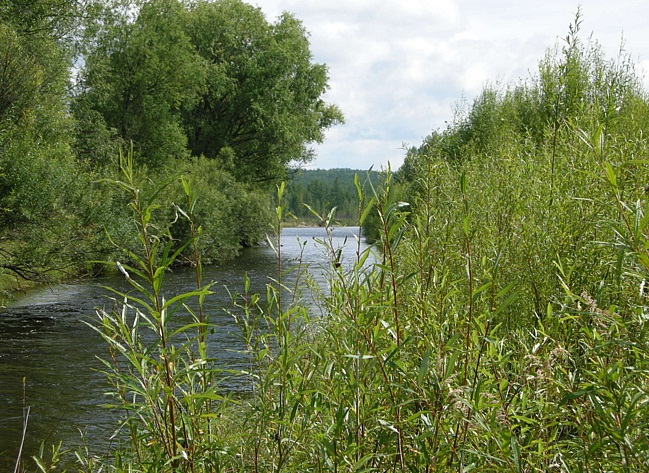 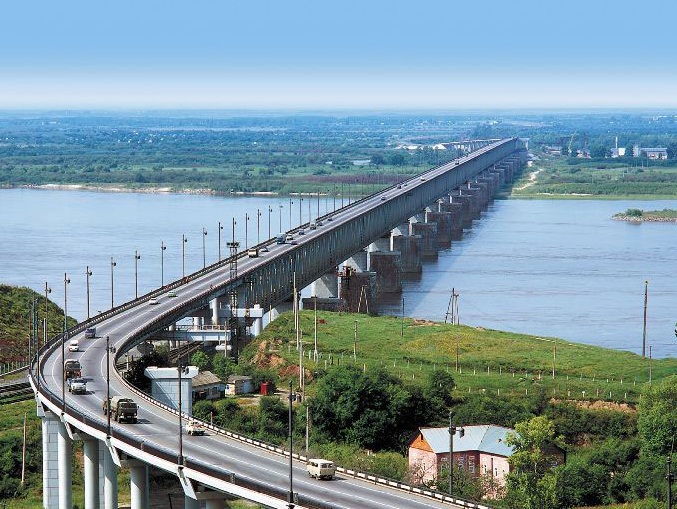 The Amur River - Bridge on the river 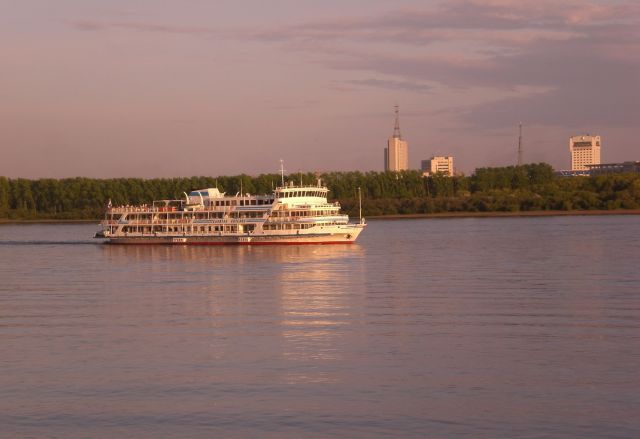 The Amur River - Cruise on the river 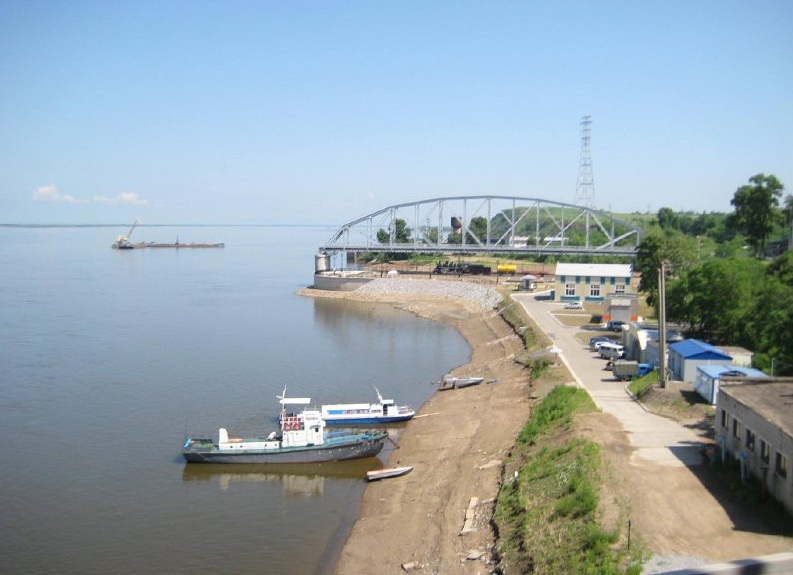 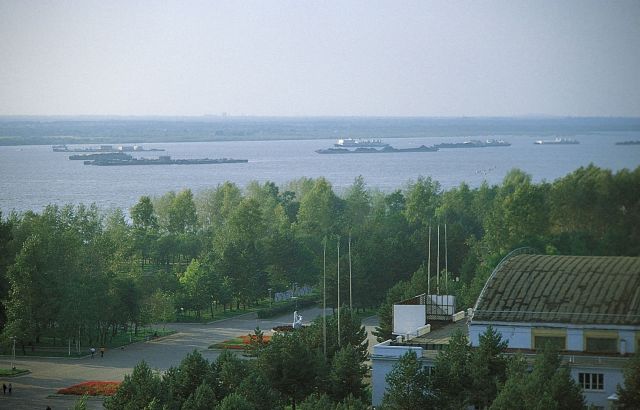 The Amur River - Navigation on the river