Destinations / The Longest Rivers in the World / The Congo River


About the Congo river

Congo is a river in Central Africa. It is the deepest and the second longest river in Africa and the second river of water availability in the world after the Amazon. It was opened in 1482 by the Portuguese navigator Diego Kahn. It is the only major river which crosses the equator twice.

The length of the Congo is between 4 344-4700 km (depending on where its source is considered is ) and it is navigable for 1600 miles. The basin area is of 3.68 million km ². Unlike other tropical rivers, the river has a different water regime, due to moving the rainy season in different parts of the basin. Depending on the season, the water which flows in the mouth can vary from 23 000 m ³ / s to 75 000m ³ / sec. The average consumption is about 42 000 m ³ / sec. The river flows into the Atlantic Ocean. The depth in this area is of 230 m and more, making the Congo the deepest river in the world. Congo, under the name implies Chambezi between the Nyasa and Tanganyika lakes, at an altitude of 1590 meters above the sea level. It runs under the name of Luapudy to Lake Moir, and connects to the Lualaba Lukugoy. As in the upper and the lower reaches it forms many rapids and waterfalls. Its tributaries on the right are: Aruvimi, Ruby, Mongalla, Mobangi , Saaga-Mambere, Likuala-Lekoli, Alim and Lefini and on the left: Lomami, Lulongo, Ikelemba, Hands, Kassala with Sankuru and Quang, Lualaba. Congo is the second longest river in Africa after the Nile. By area, its swimming pool, located in the heart of the continent is the second in the world (after the Amazon) . By consensus about what the source of the river Congo to consider, geographers have not decided yet.

Most often the source of the river is considered Lualaba originating near the southeastern border of the Republic of Zaire. This decision is a result of studies of indigenous place names: the merger with another "candidate for the source" - the river Chambeshi, which starts in Zambia. The combined river retains the name of the Lualaba. An interesting feature is the uniformity of the Congo, the water flow. The river basin is located on both sides of the equator and the southern tributaries of the winter shoal Congo balanced intake of water from the rivers of the northern hemisphere, fed by abundant summer rains. Lualaba started in Zaire in the south of Shaba Province, near the border with Zambia. First, the river flows through a flat marshy plain. Most of the flooded waters of the reservoir are created by it, then it crosses the scenic canyons cut by an array of Nzilo to form cascades. The gorges area has the most Nzilo steep gradient rivers for 70 miles down the Congo to 500 m. The gorges break Nzilo into several stages sills, Lualaba flows further on the flat, dotted with numerous lakes and marshes of the plains. The water lakes and channels are black - the color gives it a mass of organic sludge, which it contains. Having more than 1,100-kilometer route from the source, Lualaba merges with the river catching, local people known as the Chambeshi. This is the final link of the lake-river system, it is the second source of the Congo. Chambeshi has a lot of clay formations, which give the waters the color of the Yellow River. A steady flow of the river extends to the joint city Kongolo, then Congo changes dramatically and has crystalline rocks. The path of the river lies among a chaotic heap of rocks in the narrow, teeming rapids gorge that bears the name of Hell Gate grim. Unbroken chain of rapids and waterfalls stretch almost the entire segment of the rivers of Kongolo to Kindu. There is a gradual change of vegetation from the area of savanna, the Congo Lualaba goes into a zone of dense tropical forests, impenetrable green which is escorted for almost two thousand kilometers. Between Kindu and Ubundu Lualaba, reaching a width of 1.5 km, the river quietly rolls its waters between the high banks, wooded, naked and cut up by ravines. On this stretch the river receives a series of short full-flowing tributaries, which bring to Lualaba and leave a lot of sand , forming numerous shoals. Below the Ubundu river descends from the plateau in the last benches of the Congo basin to form the equator majestic Stanley waterfalls on both sides. There are seven waterfalls along a distance of 150 km, not counting the many small rapids. An especially picturesque waterfall is located directly in front of the city of Kisangani. Despite the relatively low height falls (it is only 3 m), the waterfall forms a huge mass of foaming water rushing at a breakneck speed through the narrow aisle between the island and the shores of the river providing an unforgettable impression. In the region of Kisangani, the river becomes known as the Congo (Zaire).

The Congo Basin begins its way here, and in this area it is a gradual change in the direction of the flow, giving the image of an arc on maps . The fall of the Congo between Kisangani and Kinshasa does not exceed 7 m to 1 km length. First, the river flows between high banks, often steep and precipitous, and its width is barely 1 km. There are lots of rocky islands, quite strong in the river. Once the river enters the flat plain of the central part of the depression, its course becomes a completely different character. Almost to the confluence with the Kasai Congo is a continuous chain-like extensions of the lake, which is usually referred to as pools. The river here varies from an average of 4 to 6 km, and in some pools up to 15 km. It is replete with islands. As we move down the coast of Congo, we see thick forests becoming less steep, low and flat. The Congo flows further identified in almost marshy banks, flooded even if the average level of water in the river, in times of high water spills over this flat plain in dozens of kilometers. The Congo leaves a wooded area and then flows through the savanna. Gradually the river valley narrows, the depth of it increases, the river is compressed with steep sand walls higher than 100 m.

The capital of Congo - Brazzaville city forms high steep banks to shine, and a large channel, similar to the expansion of the lake about 30 km long, densely mottled islands. Immediately after, a new section of rapids, waterfalls, called Livingstone, which breaks through the barrier of the Congo, Crystal Mountains begins. Flowing into the Atlantic Ocean, the Congo forms a deep funnel-shaped estuary, where far salty ocean waters penetrate. The characteristic of yellow-brown waters of the Congo can be distinguished for more than 300 km.

Write your Review on The Congo River and become the best user of Bestourism.com

Maps of The Congo River 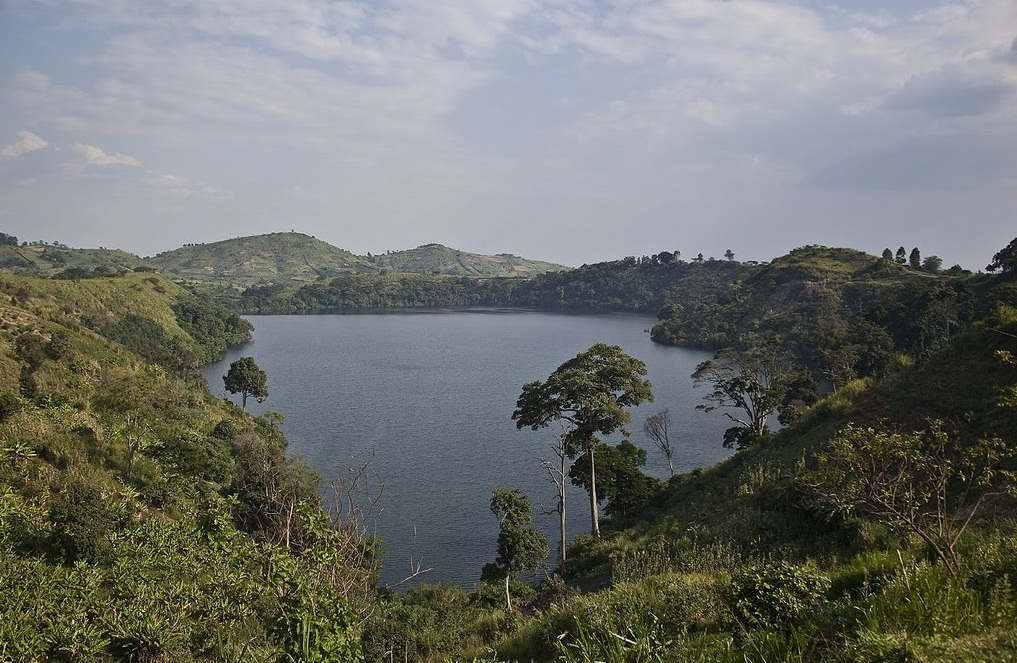 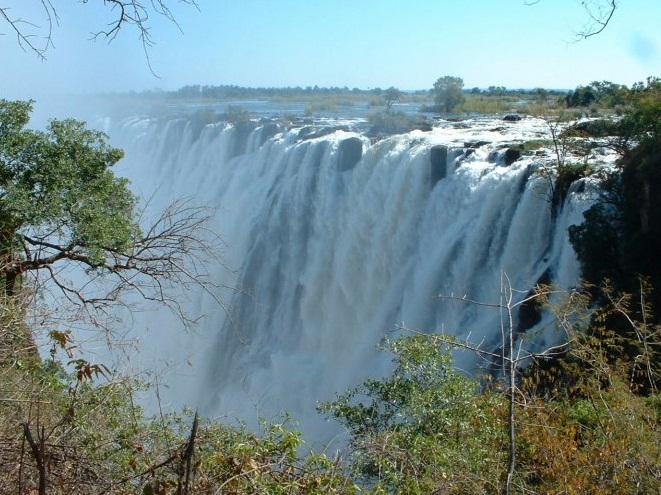 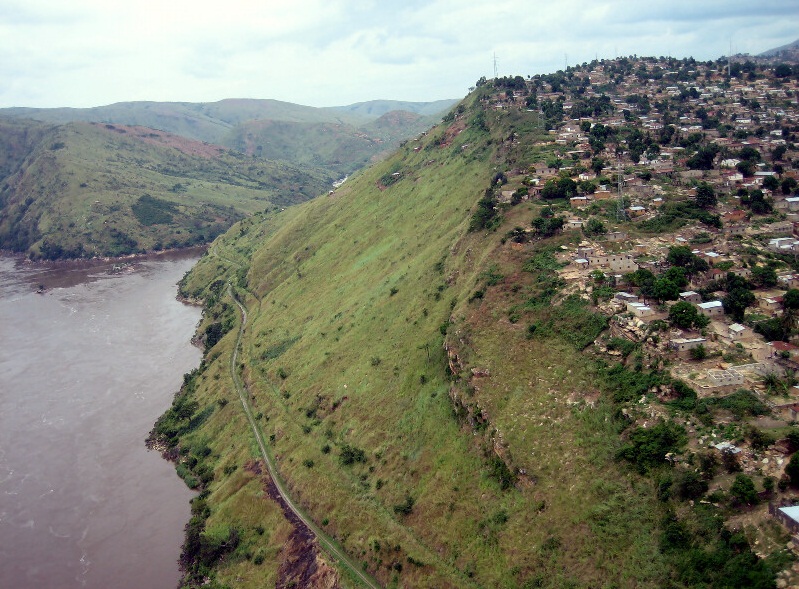 The Congo River - The jungle of the Congo river 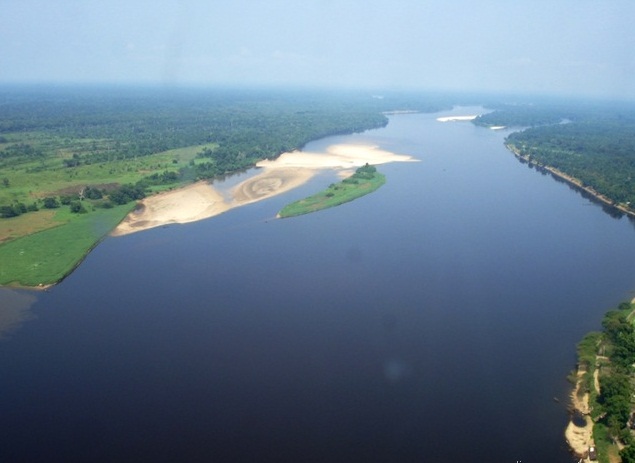 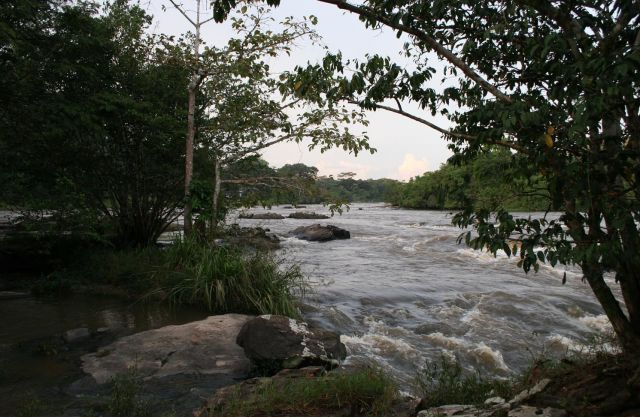 The Congo River - One of the longest rivers in Africa 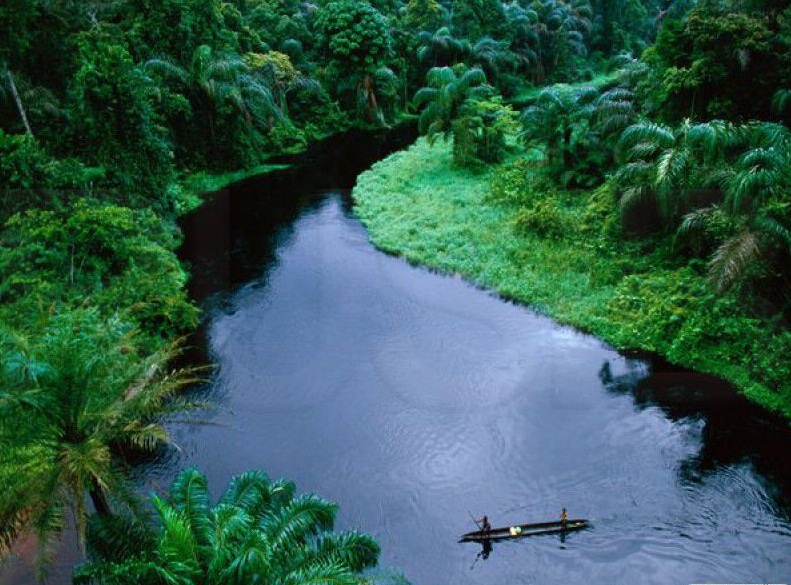