Destinations / The Longest Rivers in the World / The Ob River


The water is the symbol of life. That is why tired of dusty cities, tourists are drawn and attracted by water: rivers and oceans. It is for those who do not really respect the beach tourism in the hot sand of the sea under the blazing sun and prefer a more temperate climate and less heat. The most preferred are the river cruises. I present to fans of cruisers one of the best rivers in the world and, namely, the Ob river. Along, around and among the first places in the ranking of the best rivers in the world proudly flows the Russian Ob river . It is one of the largest rivers in Europe. If you like nature and dream to see wonderful landscapes then , the Obi river is the perfect option for you.

About the Ob river

The Ob is a river in western Siberia, the longest river in Russia and the second largest in Asia. The river is formed by the confluence of the Altai Biya and Katun, the length from the confluence of the Ob is of 3650 km (from the source of the Irtysh 5410 km). In the north, the river flows into the Kara Sea, forming a bay (about 800 km long), which is called the Ob Bay.

By the nature of the river network, the conditions of supply and the formation of the water regime, the Ob is divided into 3 sections: the top (to the mouth of Tom), the medium (up to the mouth of the Irtysh River) and the low (to the Gulf of Ob). The upper part of the basin is located in the mountains, where the sources originate. The tributaries of the river are: Sandy, Anouilh, Charysh, Aley , Chumysh, Yin, Biya and Katun. In the upper reaches, the Ob has a well-developed valley of developed floodplain terraces. Below the mouth of Tom and especially the Chulym tributary is large and full-flowing river to the confluence with the Irtysh which flows within the taiga zone. The valley has a width up to 30-50 km or more, an extensive floodplain (20-30 km) covered by a dense network of channels. The depth (at low water) is ranging from 4 to 8 pm. Before flowing into the Ob Bay the river forms a delta area of more than 4 km. During the spring and the summer periods the river floods carry the bulk of annual runoff. The level begins to rise at freeze-up, at the opening of the river as a result of congestion a short-term intensive level rise. The water temperature in July is 28 ° C in Barnaul - Belogorie and up to 23 ° C in the lower reaches. The water salinity is less than 200 mg / l and only the section between the Novosibirsk and the mouth of Tom are more than 200 mg / liter.

The Ob’s basin is centered on diverse natural resources. According to the forecast reserves of oil, gas and coal, the Western Siberia occupies a prominent place in Russia and half-Union peat reserves are concentrated here. The water is rich in many types of resources. There are about 50 species and subspecies of fish, half of them commercial in the waters of the Ob river. The most valuable species are: the sturgeon, the salmon, the whitefish, the broad whitefish and the peled. The target species are : the pike, the ide, the burbot, the dace, the roach, the crucian carp, the perch. The Ob river is the main traffic artery of Western Siberia. The river is navigable all the way from source to mouth. The navigation period from 190 days in the upper reaches to 150 days in the lower reaches. The transport role and Obi inflows are increased from the early 60's in connection with the development of the gas fields and oil. The main ports of the dock basin are: Novosibirsk, Tomsk, Surgut, Labytnangi, Pavlodar, Omsk, Tobolsk and Tyumen.

In fact, the Ob is a continuation of the Katun River, but it is only the Ob after the merger with Katun Biey, that is, after the city of Biisk. At the beginning of the Ob noticeably due to the winds make its course varry periodically in different directions , either to the north or to the west. It occurs in the Altai region in Barnaul, then a time shares the Altai and the Novosibirsk region. It flows through the Novosibirsk region, in particular via Novosibirsk. Further north, in the Tomsk region merges with Tomyu and then Chulym, then it turns to the west and near the town of Kolpashevo merges with the Ket river. In the Khanty-Mansi Autonomous Area, the Ob flows through the Nizhnevartovsk, Surgut, Nefteyugansk, and some other cities. After the Khanty-Mansiysk the Ob turns north, while it begins with this delta, then, in the Yamalo-Nenets Autonomous District, the Ob flows through Salekhard and Labytnangi. After this point, much of it expands and flows into the Ob Bay Kara Sea.

The area of the Ob River basin is of 2990 thousand km ². For this indicator, the river is the first in Russia. The Ob is also the third water-bearing river in Russia (after the Yenisei and the Lena). In the southern part of the Ob River is the Novosibirsk reservoir formed by a dam of the Novosibirsk Hydroelectric Power Station. The dam was constructed from 1950 to 1961, when the created reservoir flooded many villages and most of the Berdsk city. The Ob Sea (as the locals call it) is the resting place for many from Novosibirsk, its banks are numerous motels and resorts. Tourists come here from all the neighboring regions. At the end of the XIX century the Ob-Yenisei Canal was built, which connected the Ob with the Yenisei.It is currently unused and abandoned. Inflows The main tributaries of the Ob are: the Charysh, the Agan, the Bax, the Aley, the Chumysh, the Tom, the Chulym, the Ket, the Bird, the Yin, the Irtysh, the North Sosva and the Tromegan.

The origin of the word "Ob"

The river was called "Sall-wells". Then it was given the name "Ace" - "Big River. The Russians first saw the river in its lower reaches, where hunters and traders went beyond the Ural Mountains. There is a version that the name of the river comes from the Komi language, meaning "snow", "snowdrift", "place in the snow." There is also speculation that the name is associated with the Iranian word "about" "water". There is also a version that the word "Ob" comes from the Russian "both", meaning "two rivers" - the "Ob", referring to the two rivers - the Katun and the Biy, which merges into the Ob.

Cruises on the river are often organized. You can see many modern ships with all the amenities and comfortable hotels shore. This type of vacation is a great way to diversify your life. In the end, it is a very convenient synthesis of beach and sightseeing holidays!

Write your Review on The Ob River and become the best user of Bestourism.com

Maps of The Ob River 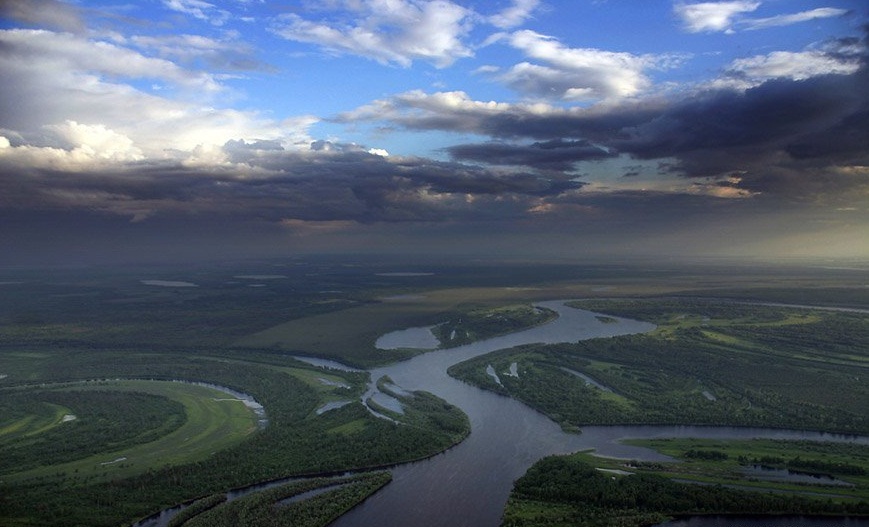 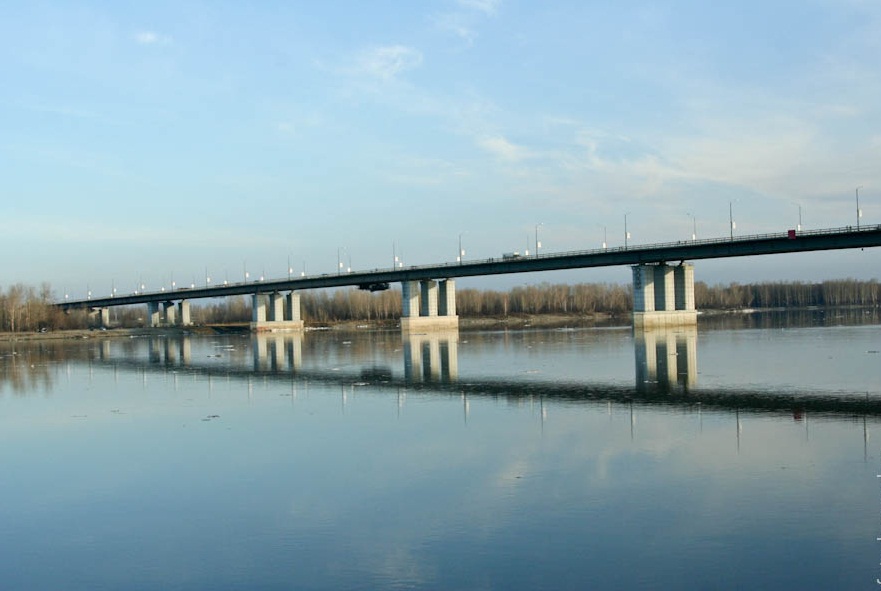 The Ob River - Bridge across the river 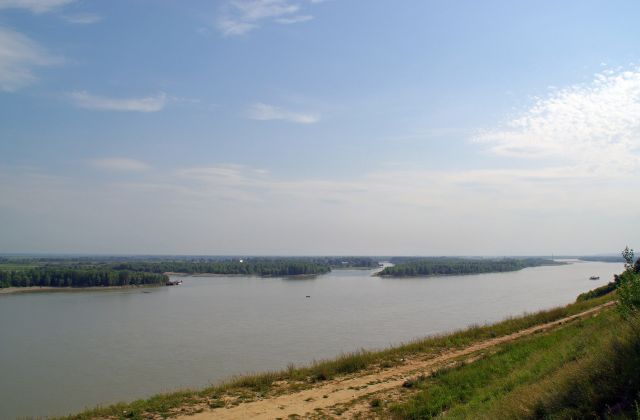 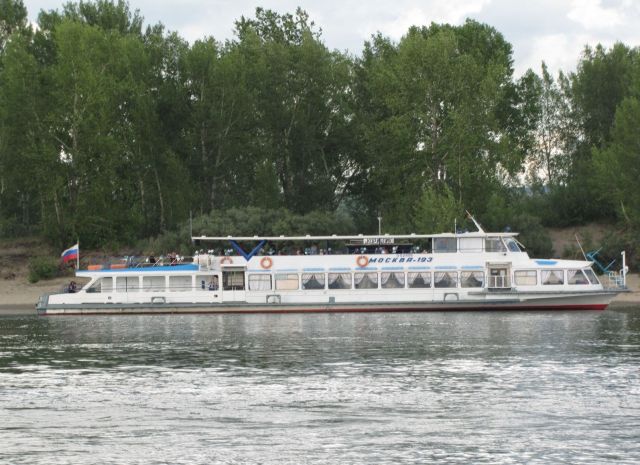 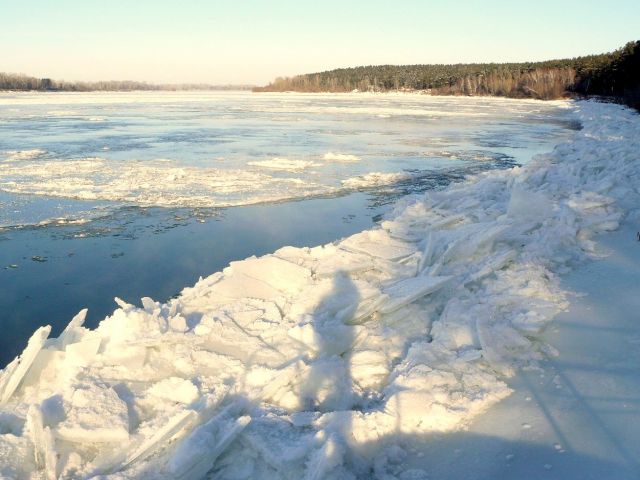 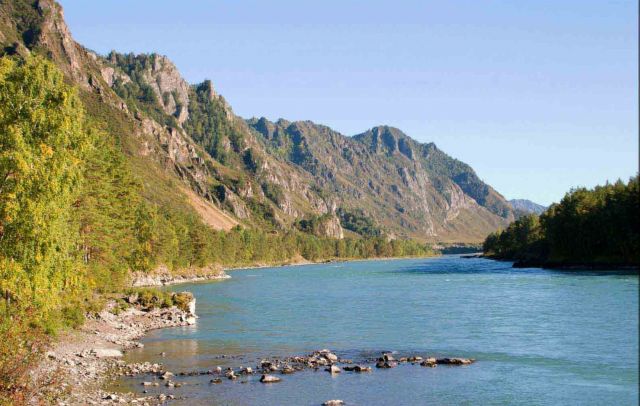 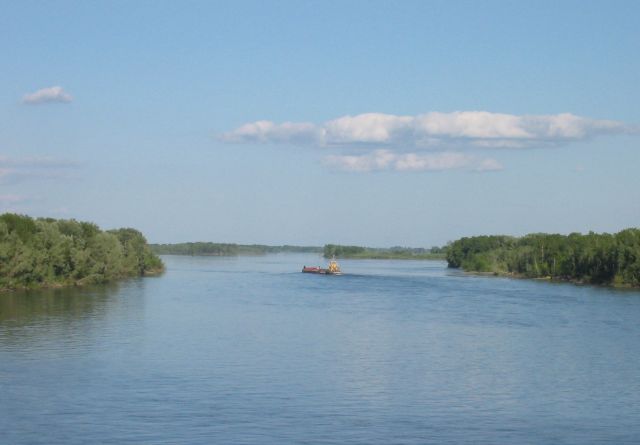 The Ob River - One of the best rivers in the world