The Hanging Temple is situated at the foot of the mountain Henshan, 80 kilometers from the city Datong. Translated from the Greek Latin the word "Syuankunsy" means "the hanging in the air temple". The building of the monastery was started by a monk named Liao Ran, more than 1,400 years ago. The buildings of the temple hang along the mountains side with elevations higher altitude from south to north. The construction method was to install a beam in the horizontally drilled holes in the rock. Then the floors and the columns to support the roof were planked on these beams. The Hanging Monastery has more than 40 rooms.

The tourists who visited the temple admire this unique architecture. The Temple pavilions are connected with wooden planks. The tracks are built directly on the rock, so they are very narrow. Only one person, in one direction, can go on the track. Any tourist who comes to this track, starts to worry holding his breath, moves slowly, slowly, as if the slightest false step and the temple collapses and he will fall through to bottom.

The Hanging Temple is small due to the limitations of its location. However, the number of images and statues, which are set in the halls of the temple, is not inferior to other churches in China. They are also made of bronze, iron, clay, and, of course, rock. However, due to the small scale of the church in general, the sculptures in its halls are also relatively small, but very proportional. They have unique facial expressions that are highly valued in art.

In addition to the original architectural execution, the church is still the only temple in China where there are three religions, recognized together in one and the same church. These three religions are Buddhism, Taoism and Confucianism.

The pavilion "Santszyaodyan," which is on the top floor of the temple the statues Shikya Mooney, Laozi and Confucius are located in the same room. And it is not occasionally. The temple is visited by tourists, both from different parts of China and from different countries and regions. They are particularly interested by the fact that the heads of the three religions sit side by side. This could happen only in China. And it seems to be a great idea. The church is attended daily by approximately ten thousand visitors.

The millennial Hanging Temple focused the architectural craftsmanship, culture and religion, and represents a unique spectacle for tourists. It is the place where, climbing the stairs, you have the adrenalin, as if you climb a mountain, you can feel free as if you are a bird and you can clarify your mind and soul as if you are a true monk. It is the place where no matter of the religion you belong, you have the same religious rights like the locals or other visitors. So if you are interested, you just have to come here.

Write your Review on The Hanging Temple and become the best user of Bestourism.com

Maps of The Hanging Temple 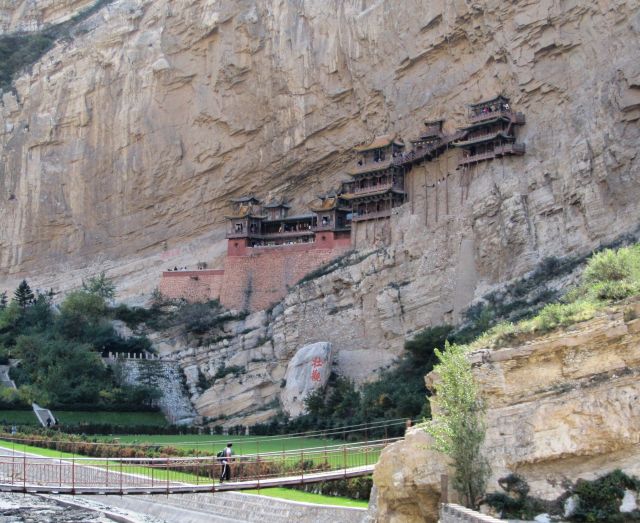 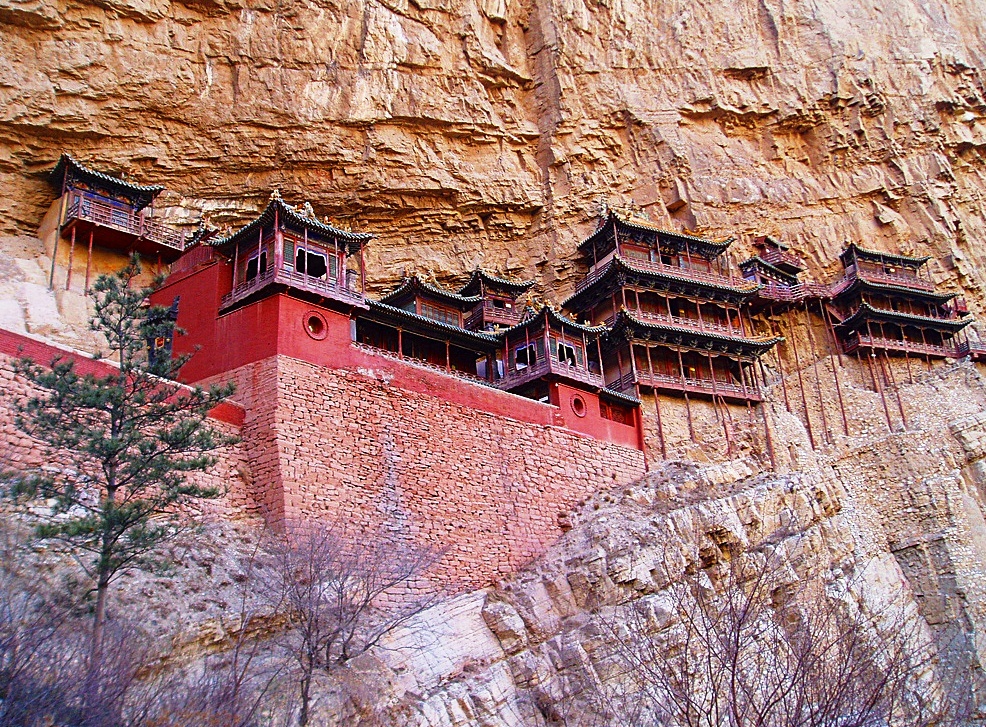 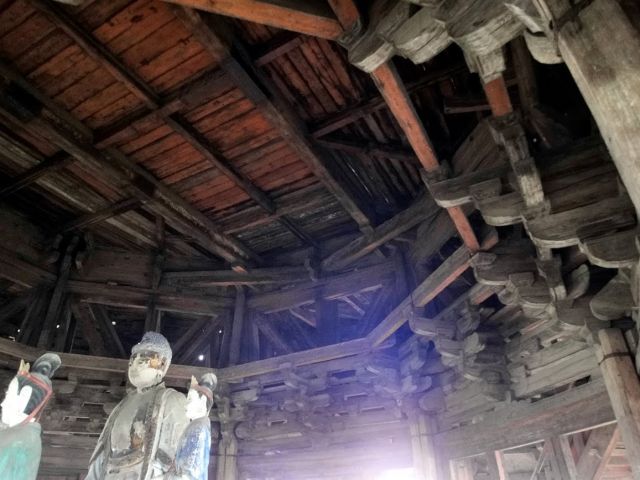 The Hanging Temple - Inside design 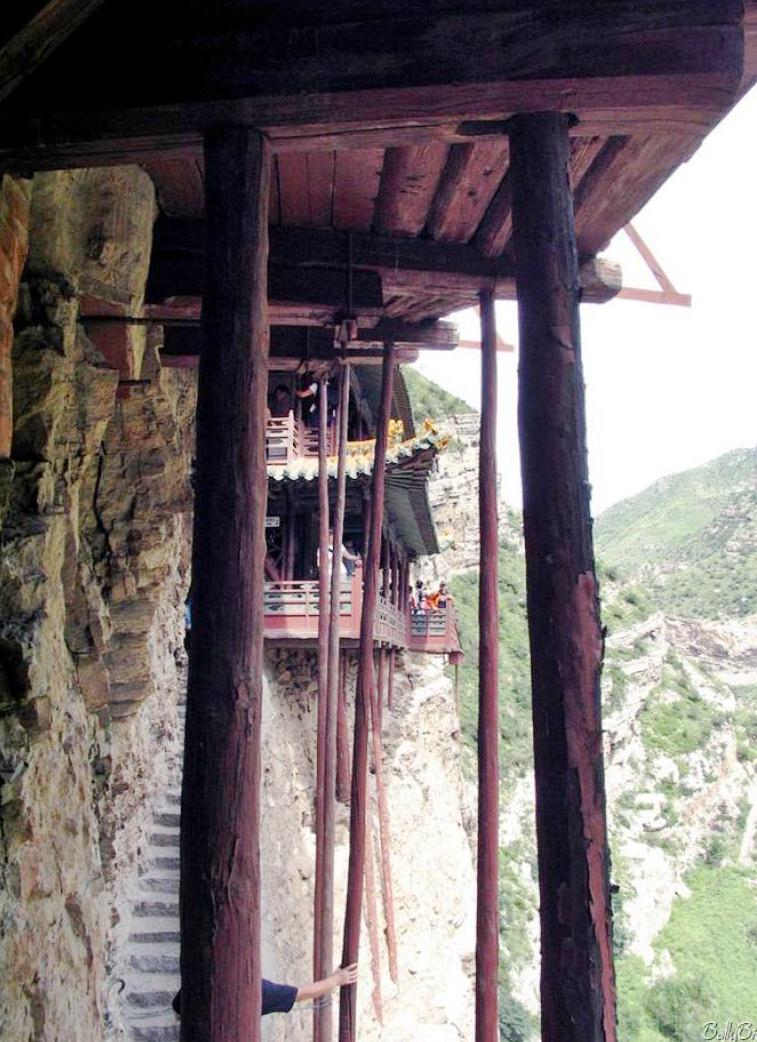 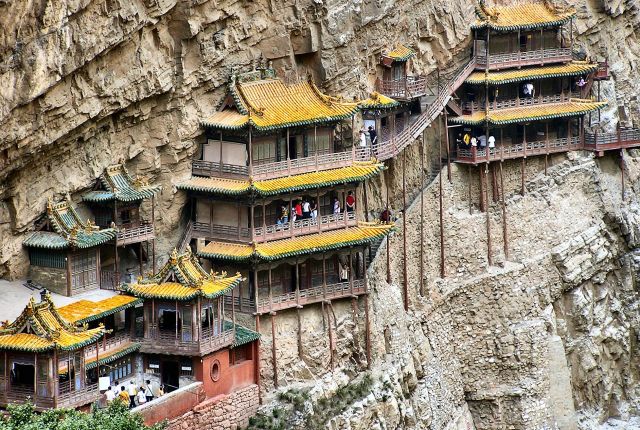