Sydney is the largest city in Australia. Located on the south-east part of the country, it is two times higher than another giant city, New York, and the main problem for all travelers, is how to manage to visit as much as possible. The big number of parks and green oases, make it a great metropolis in comparison with other cities on the planet. Along with the skyscrapers, 34 hectares of the Royal Botanical Garden span this wonderful city.

Life in Sydney is away on the City beach in summer. There are more than 20 beaches and a dozen ports. The most famous beach is the Bondi Beach, the favorite of surfers in Sydney. Another famous beach is the Manly , where among the giant pines hundreds of chattering parrots color the trees, and in the evenings you can see penguins. Sydney is incredibly beautiful in the evening, the skyscrapers of the sea water reflect the light in an unusual way. One of the most famous buildings in Sydney is the Sydney Opera House. Another attraction is Sydney Harbor Bridge. It is the largest bridge in the city and one of the largest steel arches bridge in the world.

Sydney is one of the most attractive cities in the world. It absorbed the energy and the rhythm of life of other world cities, it received the status of one of the major financial centers of the planet, but it is quite unique. The number of parks and green oases, make Sydney unlike other major cities of the world. While walking you can rest on the grass, lie on the lawns, hug trees and smell roses. Fortunately, most of the interesting things are concentrated around a relatively compact area , one of the finest urban harbors in the world. First of all, you'll see two icons of

What to see and do in Sydney

Sydney has an unusual building: the Sydney Opera House , as if sailing , and the Sydney Harbor Bridge, which in 1998 allowed the rise to all interested travelers. If you find yourself among them, then you can experience incredible feelings and emotions and see, perhaps the best sunset. Sydney is incredibly beautiful in the evening. You can stroll along the promenade near the pier Circular Quay, where the lights of the skyscrapers as many rainbows pierce the water, the harbor and the Opera House sails and the Harbor Bridge is lit with neon. It's magical. There is a lot of fun for everyone, from the many museums and art galleries to the cluster of restaurants and bars, where there is an Australian style of cuisine to evaluate - a mix of Asian spices and flavors of the Mediterranean with the freshest products. You can also add to your itinerary: the Blue Mountains - a place where eucalyptus forests make the air fragrant and buttery rich, the valley of wine the Hunter Valley , where you cannot help yourself and not fall in love with the traditional Australian wine and cheese, and the Stephens Port , where dolphins and whales swim. And you will understand why Sydney is so fond of travelers from around the world. For modest travelers Sydney will be a pleasant discovery because food, transport and hotels are much cheaper than other cities. And for the lovers of luxury travels there is a wide range of premium services.

Sydney is one of the most beautiful places on our planet! This city received the title of the "most beautiful cities in the world," for several years and in 2000 the Olympic Games took place here. The secret of the attractiveness of Sydney is the magnificent coastline, bordered by beautiful palm trees and glittering yachts on the quiet and numerous beaches. 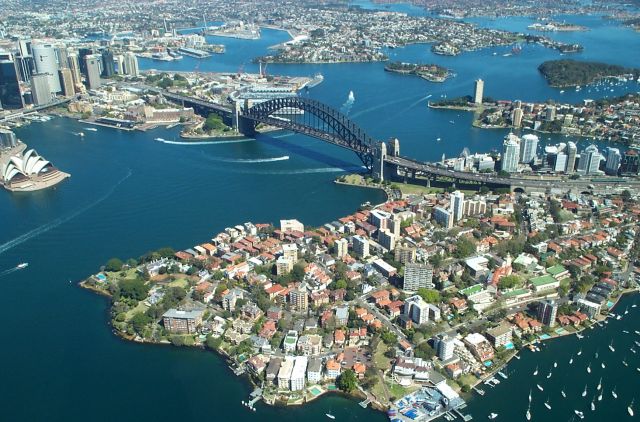 Sydney - Aerial view on the harbor 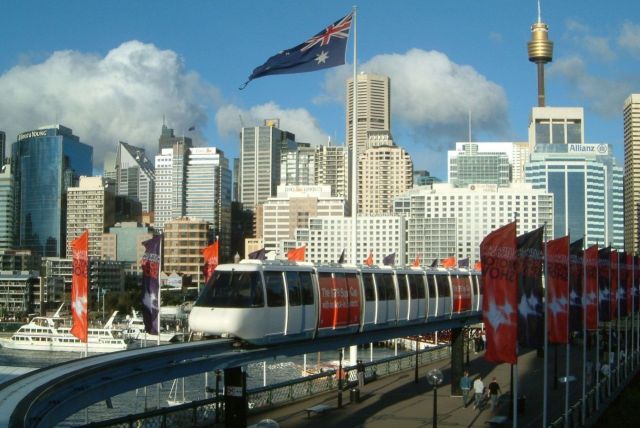 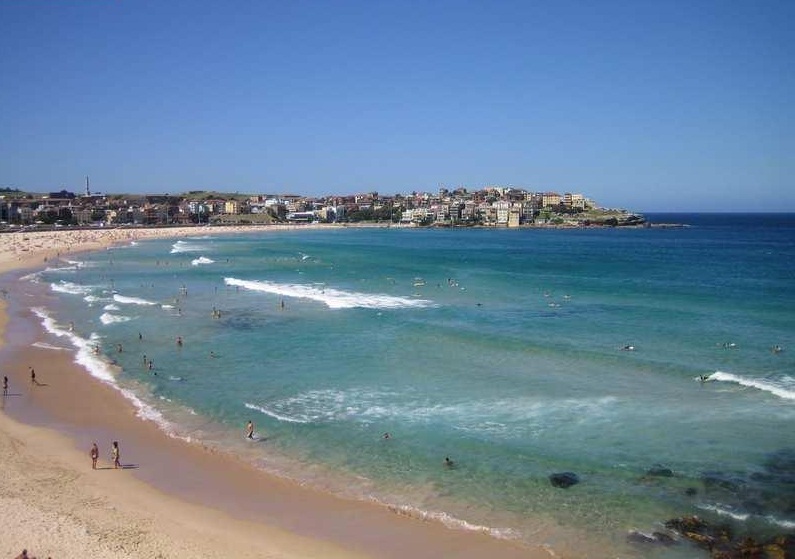 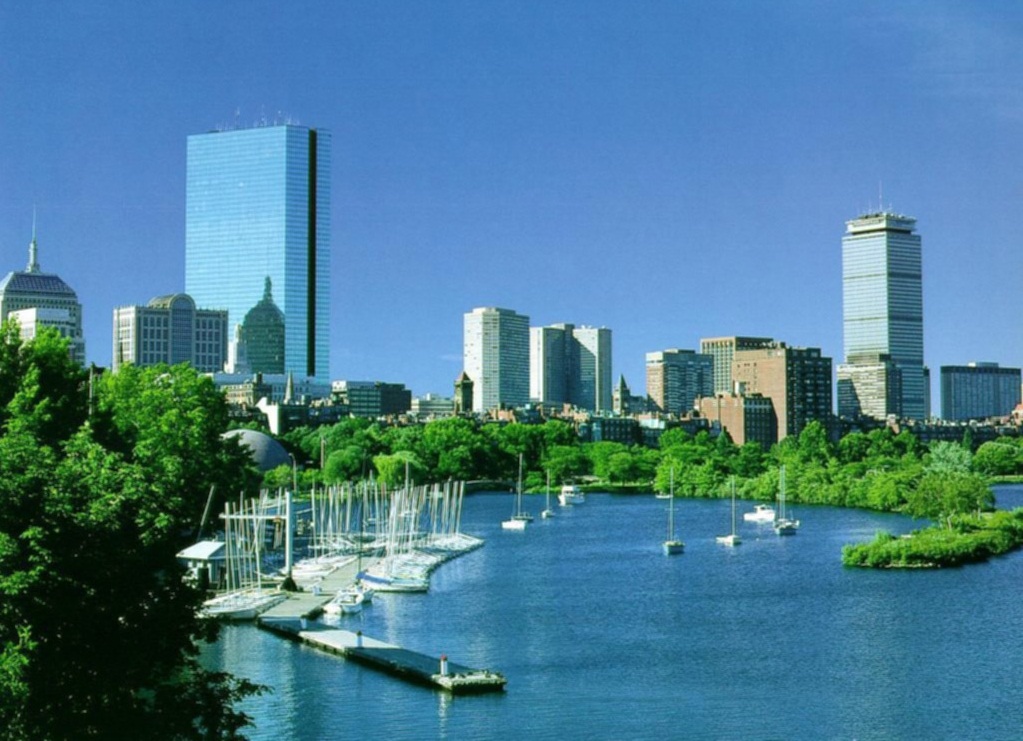 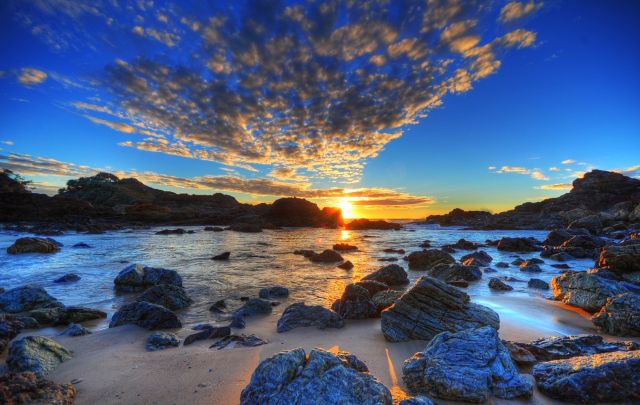 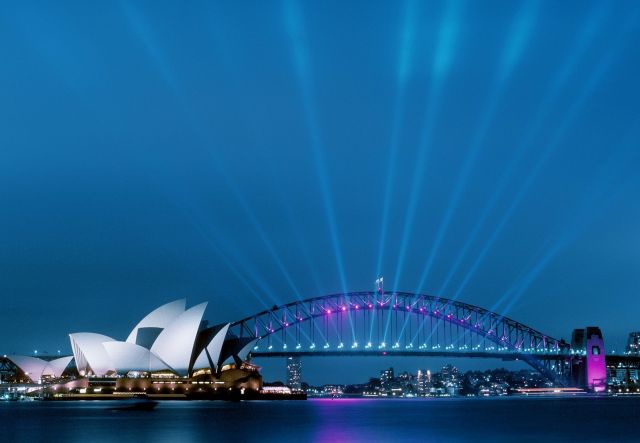 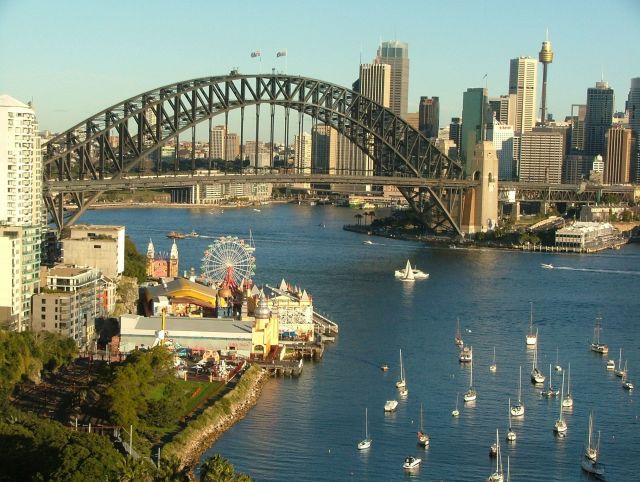 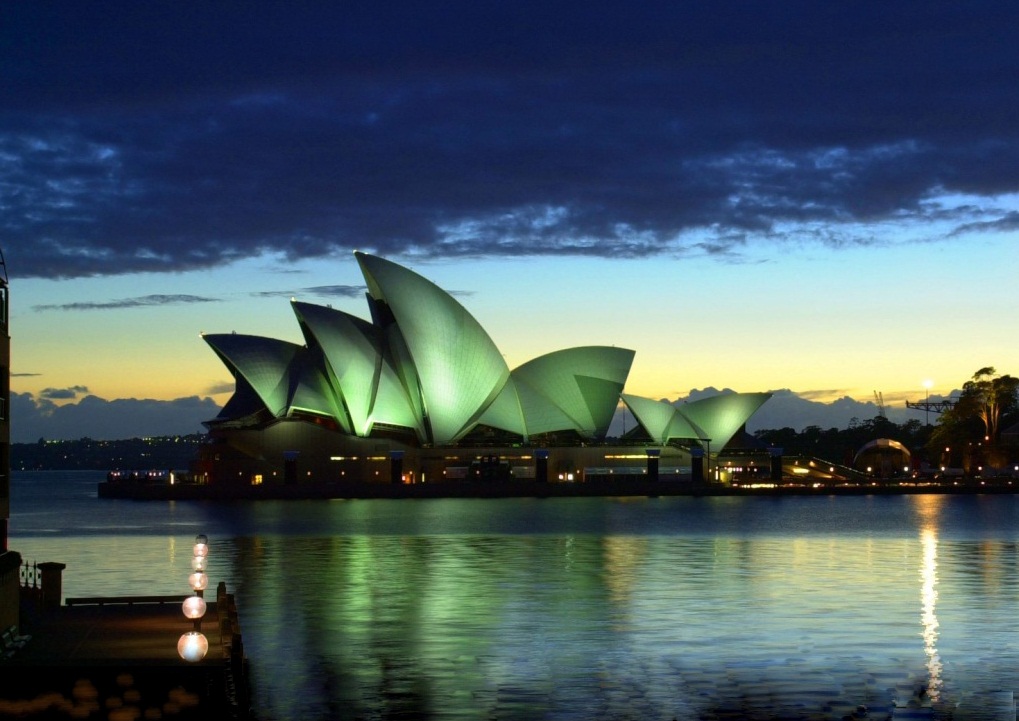 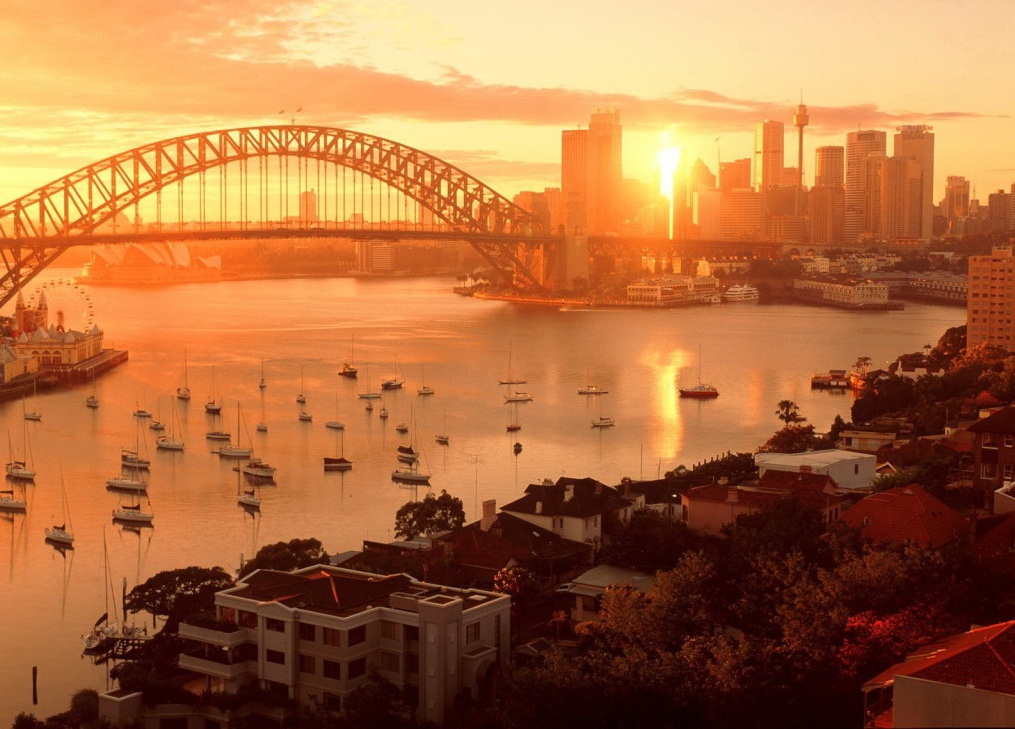