Jim Rose Circus – the most shocking circus in the world

Freak show attracted people at all times. Jim Rose opens  views of incredible miracles created by amazing and strange beings to the whole world.
Rose show is not for the faint hearted. All the punks are crazy about it, but unprepared spectators often are carried from the shows in semiconscious state. No one knows where Jim finds his crazy artists. The King of torture acts in this circus. He beats his own feet by nails in to the floor. Bebe – queen easily climbs the stairs of sharp swords. Wrestles transvestites gut – wrenching to each other joints and the bearded woman-sumo that shake the arena, are artists from this circus. Mr. Knife is juggling with chainsaws roaring and Man of Mystery flecked with tattoos chews and swallows the glasses.
Rose was in love with the circus since his childhood. He grew up not far from the urban circus at the place called Phoenix, Arizona. Jim was familiar with the artists. He often helped the show. Growing up he went  to Europe, where he began to learn how to properly lay on a bed of nails and swallow the razors.
Sam Rose played the maniac killer in the show X-Files and was imprisoned in a Texas prison. He published the book “Such a freak like me”, where he explained the missions of his cruel art. He says that old, fair circus died and he wanted to revive that part of American culture. He also says that when he swallowed a razor and passed through electric current he was very happy.
Jim Rose Circus shows its performances together with Marilyn Manson, David Bowie, Nick Cave. Wild freak show has toured around the world, avoiding the New Zealand only, where this show is strictly forbidden. Despite this trouble the last tour becomes for the troupe the most successful in its history. The artists performed with Skunk Anansie.
Sponsored Links

Write your Review on Jim Rose Circus – the most shocking circus in the world and become the best user of Bestourism.com 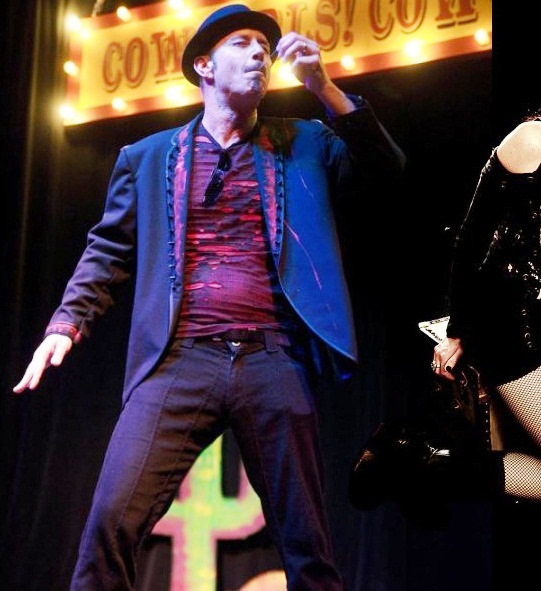 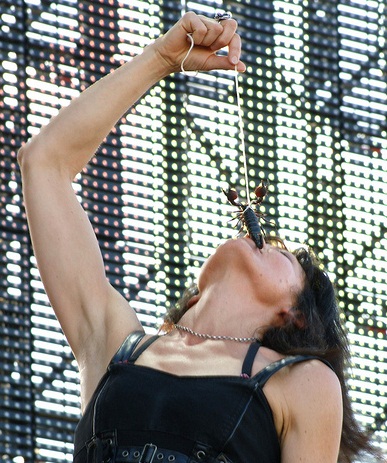 Video Jim Rose Circus – the most shocking circus in the world