Destinations / The best capital cities in the world / Sydney

Sydney is one of the most desirable locations in the world. You can live there,  work there, or just  enjoy special moments in this wonderful place. Sydney is the capital of New South Wales state, and it was founded by the English colonists 200 years ago. Sydney was first populated by the Irish and British convicts. The city is blessed with beautiful natural harbour and the tourists are truly impressed when they get to see the Sydney Harbour Bridge and the Sydney Opera House, which are two precious landmarks for the city. Sydney enjoys a temperate climate, a resonable cost of living and a nice range of leisure choices , with high level of safety, education and health care as well. Sydney is the oldest and the largest city in Australia, which lies on a stunning harbour, making it a great destination all year round. The capital city is one of the most beautiful cities in the country with a perfect location, where the land gets united with the water of the Golf Jackson,  which make Sydney a fantastic natural port on the South-Eastern coast of the Australian continent. The oldest and the most cosmopolitan city is considered as one of the most lively and pleasant place to live and stay.

The most popular attractions in Sydney

Opera House
The Sydney Opera House is a majestic structure, considered as one of the wonders of the modern world. The fascinating design made by Jørn Utzon, includes massive shell-like roofs. The structure became an instant iconic masterpiece since it was completed in 1973, and now represents the country. The idea to build the magnificent opera came after the Second World War when the Australians realized that they need a world-class opera house. In 1954 the Government of the state decided to build a new Opera House at the Bennelong Point, an elegant location at the end of the Royal Botanic Gardens. An international competition  was otganized  and there were invited the architects who supposed to design the exclusive complex. The design included  two main halls, a restaurant and public meeting rooms. The construction was estimated to last over five years. Utzon had technical problems, because he required advanced technology not yet available. But the Government ignored his request and pressured him to start the construction in 1959. The preparation for the construction soon backfired. After the completion of the grand podium that had a wide stair of about 86 meters, many years had been spent later to redesign the roof. The shells were made of pre-cast concrete sections plated with white glazed tiles. Unfortunately the shells of the roof were too heavy for the columns that supported the roof, so they were demolished and rebuilt. Because of this an other events that created some precess of rebuilding, that brought lacks of funds, the structure was very slow constructed. In 1966 Utzon resigned and removed to his native country, in Denmark and he did not come back to see his landmark completed. The construction of the Opera House was handed over to a group of architects from Australia. The exterior was completed by then so they worked only for the interior. Finally the structure was completed in 1973, and had a total cost of about A$102 million.
Harbour Bridge
The Sydney Harbour Bridge is a huge steel arch bridge that makes the connection between the city center and the residential areas in the north. Thanks to its sheer size and ideal location, the bridge became one of the symbols of Sydney and a great landmark in Australia. The plans for the bridge project were made already in the 19th century, and tenders were invited there. None of the 24 proposals were accepted so the plans were shelved until 1922. At that time a worldwide tender produced an excellent design by Dorman and Long , which was an English firm. The design included an immense single-plan bridge with four huge pylons. The process of construction started in 1924 and by the end of 1929 the construction of the arch began. From each shore a 503 meter long span was erected. Some long cables anchored  the underground supported by  two back structures. In 1932, 1400 men worked for a period of eight years for the bridge and  then the bridge was opened. The total cost of the bridge was about A$13.5 million. The Harbour Bridge is not only the most photographed landmarks in the city but it is also the place that offers some stunning views over the beauty of the harbour, especially over the Opera House. From a platform close to the top of the 68 meter high pylon, the tourists can have an outstanding 360 degree view over the city of Sydney. The ideal way to admire the amazing bridge is the popular BridgeClimb, a 3,5 tour with two hours walk to the top of the arch, about 134 meters above the sea level. 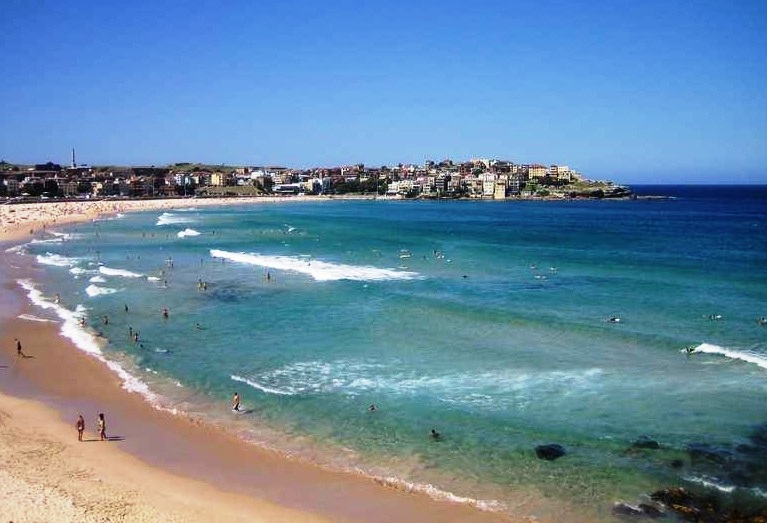 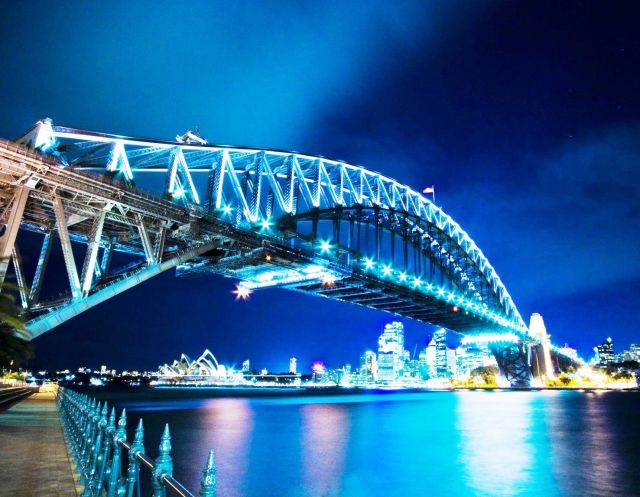 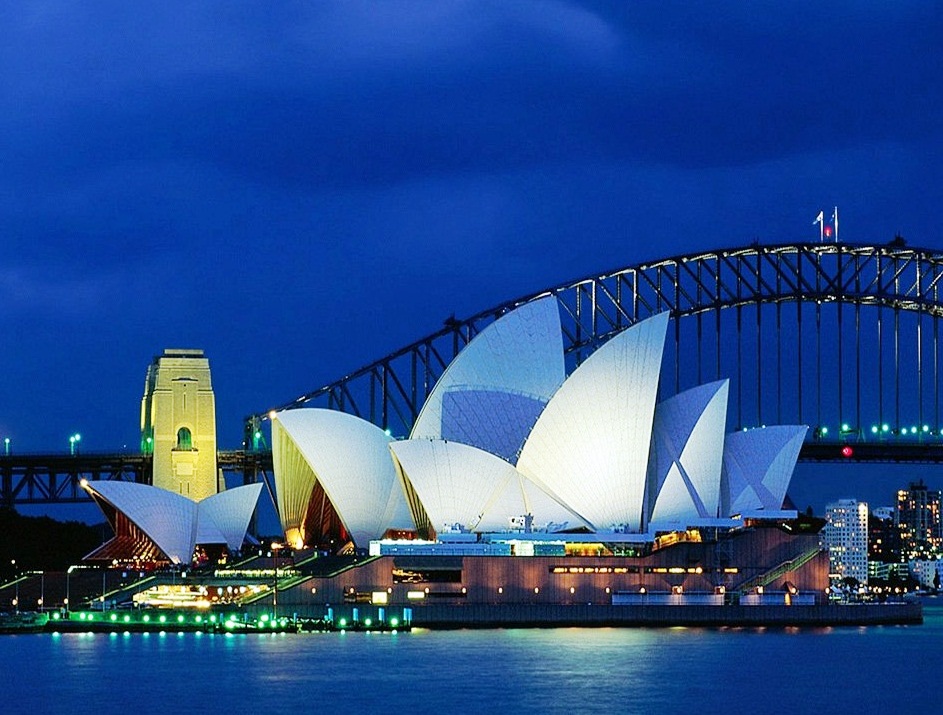