Byblos-one of the top travel places in 2011

There are several cities that claim to be the most ancient in the world. Byblos or also-called Jbail is definitely one of them. Byblos is one of the oldest Phoenician cities in Lebanon. In 1984 Byblos entered under the protection of the World Heritage Site by UNESCO. Byblos is located in the western part of the country on the Mediterranean coast, about 40 km north of the capital Beirut. According to some reports, the city was established in the 5 th millennium BC and is settled continuously until the present time.The site of Byblos goes back at least 7000 years. The name “Byblos” originates from “ biblion” that means book. It probably goes back to the first Phoenician letters that gave us the alphabet, that’s why it is considered a city of great antiquity. Besides, Byblos is very picturesque because of its excellent location: nightly beautiful clouds over the sea at sunset. Fishing, photography and just walk offer a great pleasure to those who visit this beautiful place. Byblos is both an Arab and a Christian city and one of the most prosperous cities in the world today.

The city is known from the 4 millennium B.C. It is famous for the temple of Baalat, later known as a place of worship of god Adonis. According to the ancient Egyptians it was in Byblos where the body of Osiris was found into a wooden box. For a long period of time the city maintained close trade ties with Egypt. At the end of the III millennium B.C. it experienced a period of decline. There was a fire that destroyed the temple "Lady of Byblos”, the city goddess. Active work stopped here for a while, but later the city became again one of the largest centers of Phoenician maritime trade as once, its links being distributed to the Aegean Sea. Timber, as well as wine and olive oil from Egypt were exported from Byblos to Greece . Egypt had a great influence on this city. The Egyptian language was used as an official language. At the beginning of the XVIII century B.C. the Egyptian influence in the Eastern Mediterranean was strongly reduced. Byblos was the place where the first alphabet appeared, the oldest sample of which represented the sarcophagus of King Ahirama which can be seen at the National Museum in Beirut. The remains of fortresses walls had witnessed wars of the Babylonian and Assyrian kings over the centuries. Persians and Greeks had a great influence on Byblos . Later the city was rebuilt by the Romans, then the Byzantines, followed by the Arabs.

Byblos is full with relics of the past. One of the main attractions of the medieval city is the Church of St. John the Baptist, built in 1115 by the Crusaders in the Romanesque style. Gradually losing their power during the rule of the Mamelukes and the Ottomans, Byblos became a regular fishing town. Now this is one of the most interesting archaeological sites in the Middle East, which tourists from all over the world tend to see. Going from urban markets to the south, you may find yourself in a medieval castle, erected by the Crusaders in the XII century. The Knight's castle was built in a traditional way: the most powerful tower - the dungeon is situated in the center and there are massive blocks at the base of Phoenician origin. The roof of the west tower offers a magnificent panorama of the settlement- an open-air museum. Among the many historical attractions of the museum there is one of the oldest temples in the world and it is dedicated to the deity whose name we do not know. Hence its name: theTemple of the unknown god. Its yard is lined with obelisks of many different sizes. Despite the crackdown, which were the pagan symbols of the Christian and Muslim preachers, most of the obelisks were found intact and not even overturned. House of Ottoman times under a red roof is all that remained of the village in XIX-XX centuries. Traces of early settlements relating to 4-5 millennium B.C. can be seen everywhere. The Roman amphitheater, built in 218 BC, is also interesting as there are models of porticoes of ancient buildings, which do not exist elsewhere. Initially, it was at the entrance to the city, but archaeologists carried it to the most romantic place near the sea. The Roman Theater has only 5 lower levels of seats, the orchestra is in the centre and before the altar is a mosaic depicting the head of Bacchus .To the east and north of the theater there are the royal tombs, dug deep into the rock. All in all they are 9 in number. The most impressive in size is King Abi-Shem’ s Sarcophagus (XIX century. BC).The medieval town is located outside the museum. Urban markets were carefully restored and now they are a favorite tourist destination. The most romantic place in Byblos is a cozy cove near the entrance to which the Crusaders built watchtowers. In summer from the bay you can take boat trips to admire Byblos by sea.

Lebanon Spa Victory Byblos Hotel is located in the historic Byblos, just few minutes far from trendy boutiques and Casino du Liban, as well as a few minutes walk from the beach. You can reach the ski slopes which are located at 20 minutes’ drive from this superb hotel. The hotel has 32 well-appointed rooms and suites - all with superb views. Guests can workout in the gym, relax in the spa, beauty center of the hotel, or enjoy a meal at a restaurant with a terrace on the roof of the hotel, with wonderful views over the Mediterranean Sea. The Hotel Victory Byblos also has a lounge bar.

The Canari de Byblos is a 4-star hotel new hotel which offers comfortable accommodation and fantastic views. The hotel is located in the center of the city. It has 50 spacious guest rooms, most of which have a balcony overlooking the Mediterranean. Each room also offers a range of amenities and all services. There are many shops and restaurants within easy walking distance of the Canari de Byblos. Other attractions including the medieval city, the Phoenician Castle , the ancient port and the beach are also easily accessible here.

Write your Review on Byblos-one of the top travel places in 2011 and become the best user of Bestourism.com

Maps of Byblos-one of the top travel places in 2011 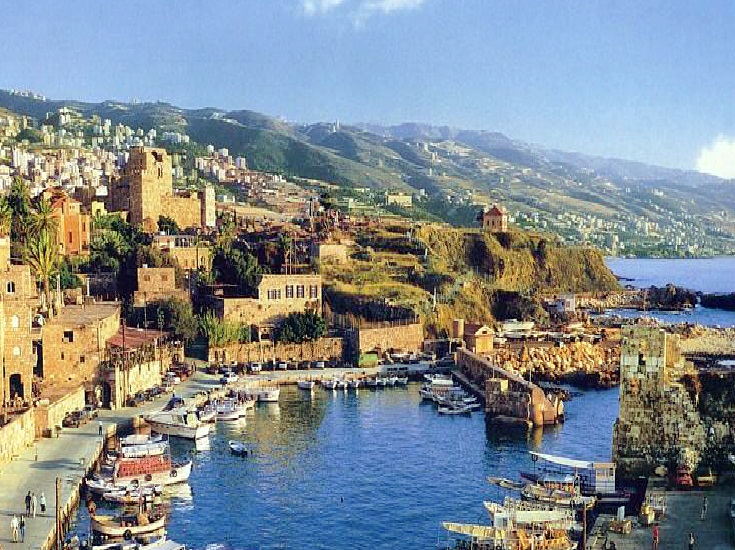 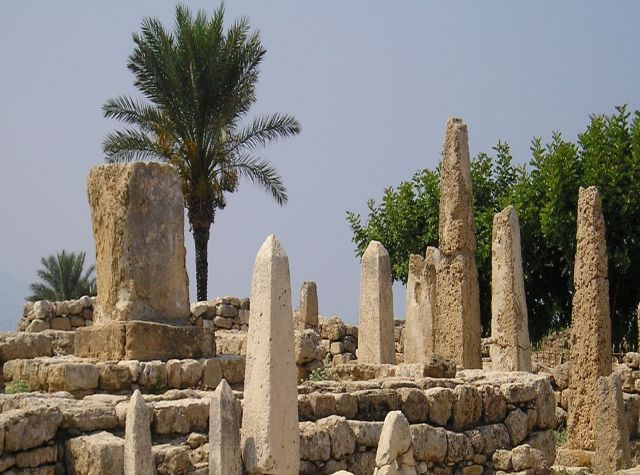 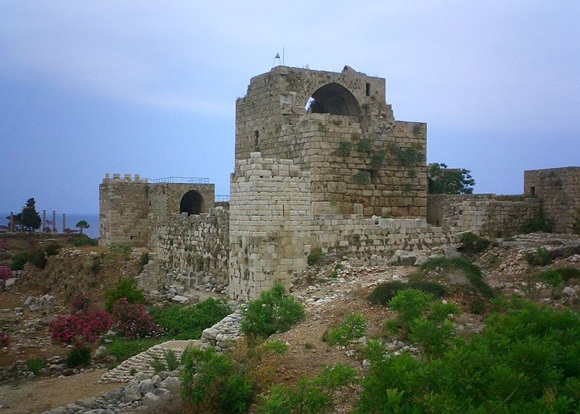 Byblos-one of the top travel places in 2011 - The Castle

Video Byblos-one of the top travel places in 2011