Qutub Minar is the tallest and well known towers in the world and one more structure of Mughal Architecture. This grand structure was built in the 13th century , made from red stone which has 72.5 metres high. It was buil by the founder of Slave Dynasty , and he designed this tower only from red brick and sandstone that makes it an exclusive example of indo-islamic afghan architecture.

Qutub Minar is surrounded by a green garden that makes this place the most popular leisure spots for all visitors. This tower consists from 5 levels and each level has its own design and style. All the levels are surrounded by a designed balcony that is supported by stone brackets. This tower during the time suffered a lot of changes and some parts were destroyed almost, but Firoz Shah Tughlaq renovated the top floor and covered it with marble. Inside can be seen a lot of Arabic and Nagari inscriptions that relates about the tower history during the time. It has 379 round shaped stairs inside and walking to the top it gives a spectacular view over the city.
Many scientists believe that this complex served as a minaret and was used to call people to prayer. This complex also includes some spectacular buildings. One of them is Quwwat-ul-islam mosque which was the first one that appeared in India. Due to Qutub-ud din Aybak this structure was completed and he used materials from 27 temples. To the west side of the mosque it is the tomb of  Iltutmish that was built in AD 1235. This tomb represents a plain square of red sandstone where are engraved inscriptions  and arabesque signs on the entrances.
Alai Darwaza  is the southern gate of the Quwwat-islam mosque and was constructed by Alauddin Khalji in AD 1311 and represents a horseshoe arch. He also built a religious school to attract childrens to learn their religion. This big complex includes a incomplete tower to the north of the Qutub Minar  that is named Alai Minar and has 25 metres height. So this exceptional masterpiece annually attracts millions of visitors through its unique design and history. Check out its beauty and make your own decision based on real facts.
Sponsored Links

Write your Review on Qutub Minar and become the best user of Bestourism.com

Others The best places to visit in New Dehli, India .

Others from The best places to visit in New Dehli, India

New Dehli is an excellent destination for your holiday.
Its historical life with a lot of museums and sacred places will always delight your eyes.
Here even the stones are whispering to your ears all the hard moments that it pass during the time.
Its unique architecture is marked through its old monuments.
Check out New Dehli’s beauty and make an educated decision based on reality. 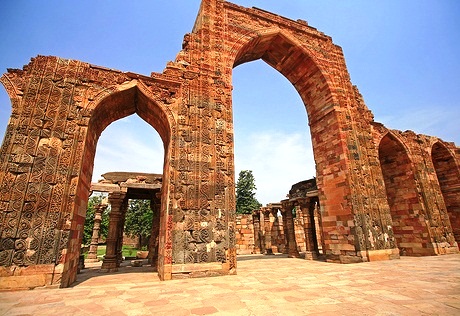 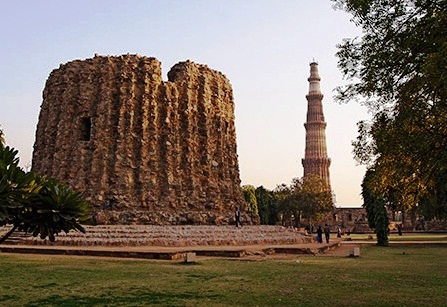