Destinations / The best places to visit in Salzburg, Austria / Mirabell Palace and Gardens


Mirabell Palace, the baroque masterpiece, was originally built as the castle Altenau under Prince Archbishop Wolf Dietrich von Raitenau in the year 1606. It was conceived as a gift for his concubine Salome Alt and is especially known for its splendid gardens.

His successor, Archbishop Markus Sittikus Prince changed his name to the Mirabell Palace (nice view). Prince Archbishop Franz Anton Harrach castle rebuilt from scratch, more or less, by Johann Lukas von Hildebrandt plans between 1721 and 1727. During the great fire of 1818 in Salzburg, Mirabell Palace was heavily damaged and then rebuilt after a draft of Peter Noble in the coming years. The impressive tower in the middle west wing was destroyed and the facades were restored neo classic. "Mirabellschwemme" was a haven for horses that was destroyed in 1823. Pegasus, which is located unicornii lions now in the Mirabell Gardens were once part of Mirabellschwemme. Mirabell Palace Salzburg is owned in 1866, then became the building hosting the city administration, including Salzburg mayor seat in 1947, when he dropped the Old Town Hall.
The great courtyard of the palace is the west wing which has a beautifully decorated facade. The ground floor is defined by a rustic feel to express a Baroque pastoral peace. Mirabell Palace plant scale is based on the original scale Altenau Castle, which has limited possibilities of development of this part of the palace which is not up to standards the rest of the baroque building. The scale is called "Donnerstiege" which means "thunder scale" but the name actually refers to the artist who created sculptures, statues and decorations, GR Donner. Donnerstiege scale is a marble masterpiece has been used almost to excess, sculturi and other works of art that make it a unique piece of heritage city of Salzburg.
Donnerstiege not the only treasure hidden in Mirabell Palace. "Marmorsaal" or marble hall is another baroque work very elaborate and expressive. Room that spans two floors has lots of decorations and marble and was once a fresco Rottmayer same fire that burned in 1818.
Statues of angels, marble columns and a lot of room decorations are overwhelming Marmorsaal a great example of Baroque Salzburg. Hall is renowned worldwide as a wedding location that is organized and hosted celebrities and there are concerts almost every night, very popular among tourists. Generally these concerts of Mozart's pieces for plays met with tourists expectations.
In the south chapel was added to the Mirabell castle, Mirabell Schlosskirche. It was completely rebuilt after the fire of 1818. The chapel is used by several congregations who have their own churches, temples or other places where he can show worship for the deity.
Mirabell Gardens, world famous, were arranged along a north-south axis and were oriented towards the Fortress of Salzburg Salzburger Dom. The original gardens were re-arranged according to the plans of Johann Bernhard Fischer von Erlach in the reign of Prince Archbishop Johann Ernst Thun in 1689. Only after several decades in 1730, were modified and have become the form that brought Mirabellgarden recognition as the most beautiful baroque gardens in Europe. 19th century parts of the Mirabell Gardens were again changed and some parts were even abolished.
Sponsored Links

Write your Review on Mirabell Palace and Gardens and become the best user of Bestourism.com

Others The best places to visit in Salzburg, Austria .

Maps of Mirabell Palace and Gardens

Others from The best places to visit in Salzburg, Austria 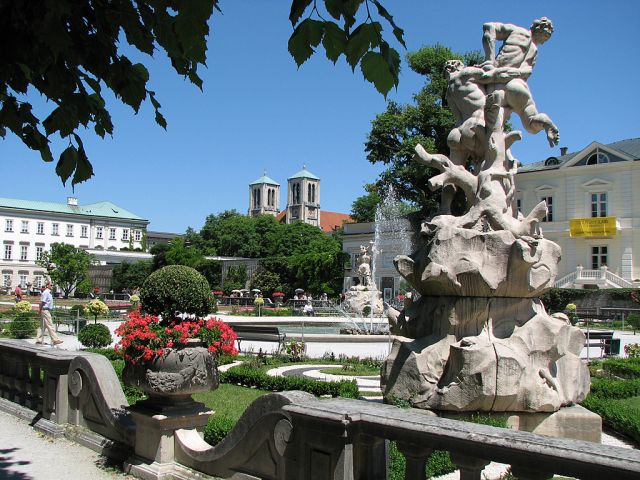 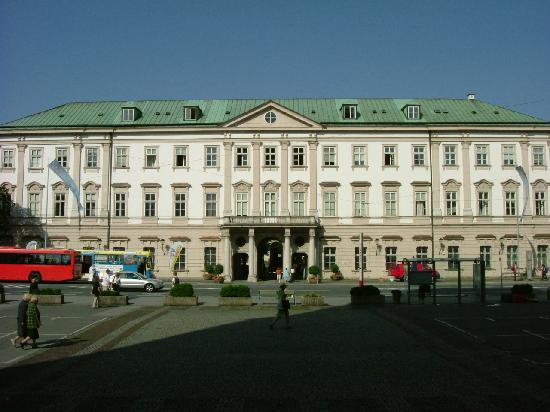 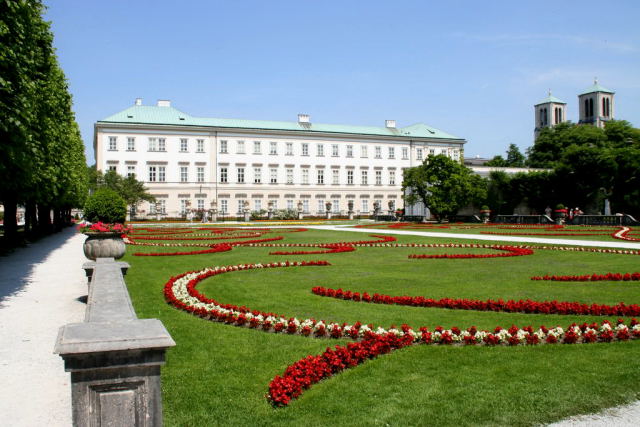