The most beautiful of the many market squares in Madrid is the Plaza de Cibeles. Crowded market is surrounded by majestic buildings. The center is located at Fuente de Cibeles. This fountain named after CIBE (or Ceres), goddess of the Romanian nature, is one of the most important symbols of Madrid. Represent the goddess Cibeles fountain in a chariot drawn by two lions. It was built between 1777 and 1782 by Ventura Rodriguez. Every time Real Madrid team win a trophy, fans gather around the fountain to enjoy together the team's success.

The most prominent building in the Plaza de Cibeles is the Palacio de Comunicaciones (Communications Palace). The building that looks like a cathedral was built between 1905 and 1917 by Antonio Palacios for postal service headquarters. The building housed the Museum of Post and Telecommunications until 2007 when he became the city of Madrid (Ayuntamiento de Madrid).
City Hall is located across from the Banco de Espana, Bank of Spain headquarters. The oldest part of this huge building was built between 1882 and 1891, was later expanded in 1936 and 1975. Inside, 30 meters underground is where the central bank keeps its gold reserves. Before modern security measures to be installed, treasure room was flooded in case of danger.
There is also and the Palacio de Linares. Baroque building was built in 1873 by a wealthy banker, Jose Murga. A century later the building is damaged so much by 1992 when it was renovated. Currently hosting the America House, a cultural center and art gallery focused more on art from Latin America. It is said that this building is still haunted by the spirit of its first owner who made his fortune in the New World.
Sponsored Links

Write your Review on Plaza de Cibeles and become the best user of Bestourism.com 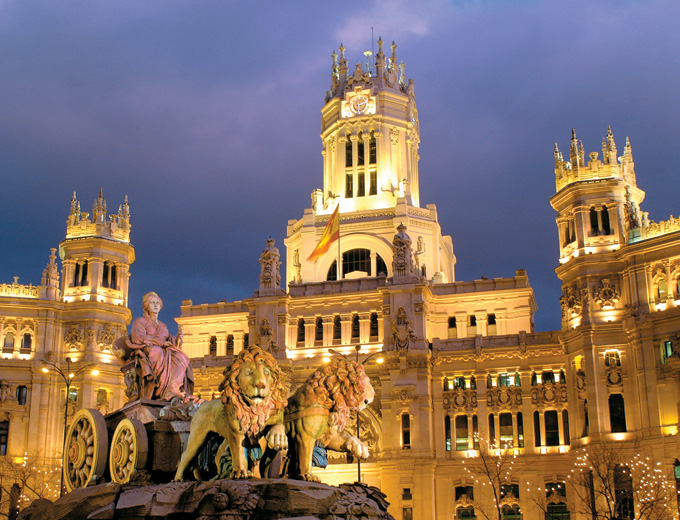 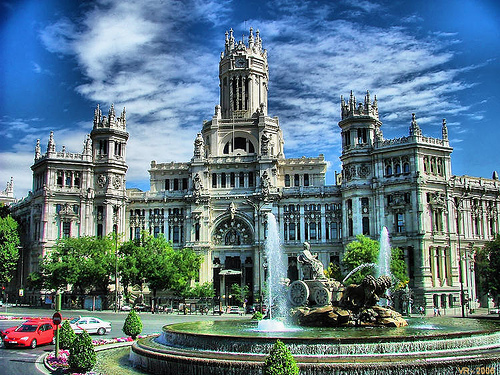 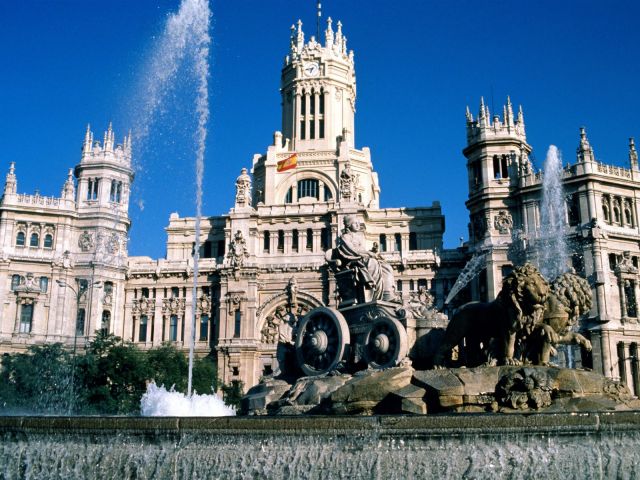 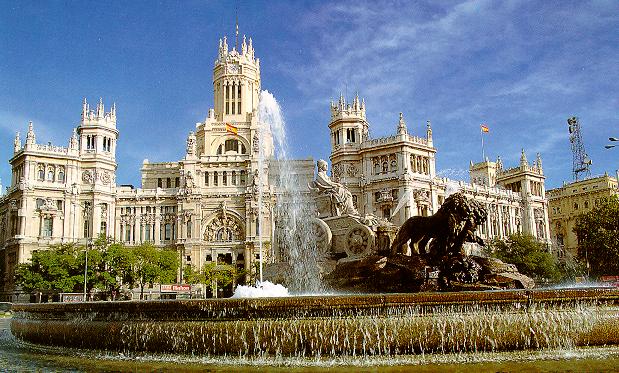