Destinations / The best places to visit in Madrid, Spain / AZCA

The area is bordered by a complex where there are plenty of ministries, Ministers Nueva, in the south and the Palacio de Exposiciones y Congregos in the north. AZCA neighborhood development began in 1969 in an effort to create a new business district outside downtown that had become very crowded.
Called Manhattan Madrid, AZCA has a lot of skyscrapers. The highest is the Torre Picasso, a 157 m high tower built in 1989. When was high was the building intalta Spain. Tower project in Madrid belongs to Minoru Yamasaki, the same architect who designed the World Trade Center in New York twin towers that were destroyed in the terrorist attacks of September 11, 2001.
Picasso Tower south of there is Banco Bilbao Vizcaya Argentaria BBVA or building. That has rounded corners Tower was built in 1980 by Spanish architect Francisco Javier Saenz of Oiza. North of the Torre Picasso and close to Plaza de Lima is located Torre Europe. Rounded glass structure 121 meters high which has concrete exterior columns was built between 1975 and 1985. On May 1, 2002 a car bomb was placed in front of the tower Europe and detonated when the injured 16 people and caused material damage outside the building.
On the other side of the Castellana Avenue is probably the most famous building in AZCA: Santiago Bernabeu stadium. Real Madrid Stadium - one of the most successful teams in Europe - was originally built in 1947. It has been repeatedly extended and reached a capacity of 80,000 seats.
Sponsored Links

Write your Review on AZCA and become the best user of Bestourism.com 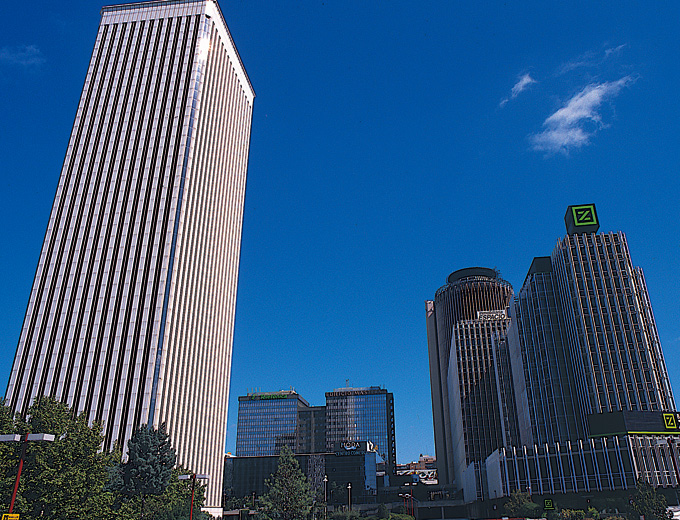 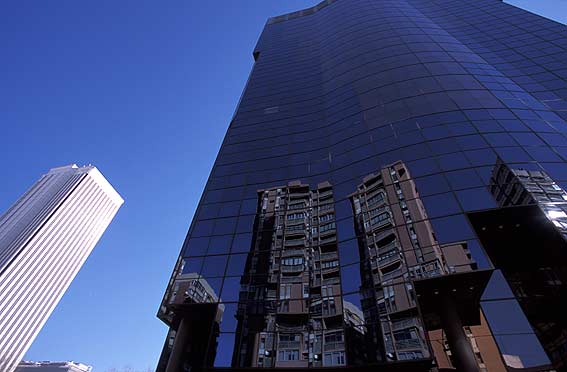 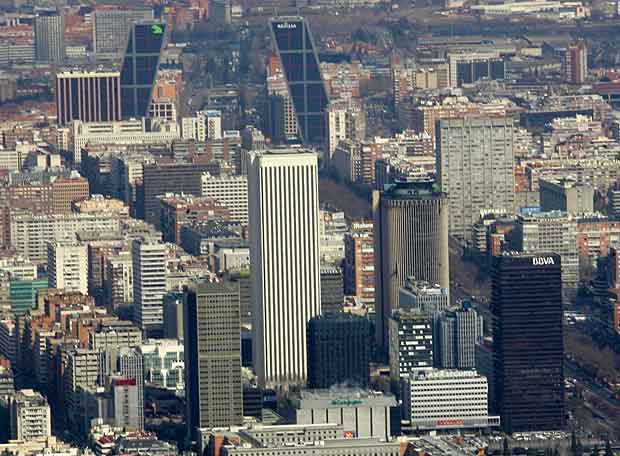