In the Plaza de la Moncola, near Park Oeste even near the center of town, there is a big triumphal arch, Arco de la Victoria - Victoria acre.

Arch seems older than it really is. Franco the dictator built in 1956 as a tribute to his nationalist army that defeated the Republicans during the Spanish Civil War (1936-1939). Arco de la Victoria is known as the Puerta de Moncloa, a name that is preferred by those who no longer wish to remember the late dictator.
Top arc imposing 39 meters high, there is a statue of a chariot with four horses. Franco used to go by car on a regular route when traveling from downtown Madrid to his principal residence, Pardo Palace.
Arco de la Victoria is open to the public, although there is a room inside the arch that is a model of a university nearby and plans arc. Spring is located not far from Mirador del Faro, also known by the Moncloa Faro or Faro de Madrid. The futuristic tower was built in 1992 as a communications center. Unfortunately observatory tower located at 92 meters was closed in 2005.
Sponsored Links

Write your Review on Arco de la Victoria and become the best user of Bestourism.com 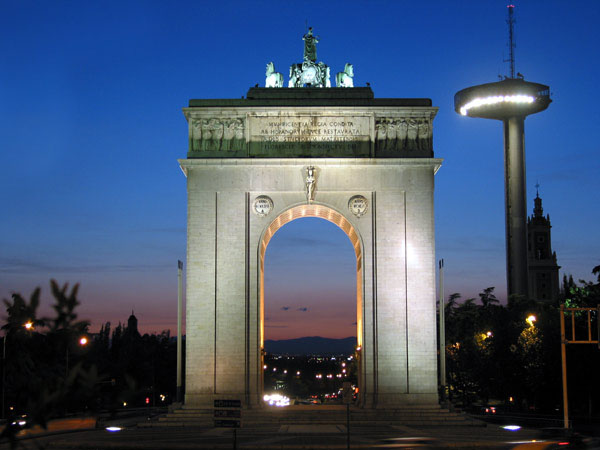 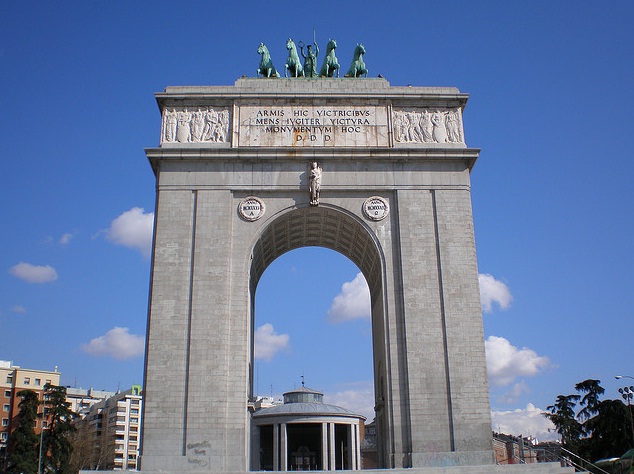