Plaza de Espana is one of the largest and most important markets in Madrid. One sunny day of summer is filled with vendors, tourists and locals.

Market is located at the end of superb Gran Via, one of the busiest streets in Madrid. Green Square is surrounded by streets and yet is still a very relaxing place during daytime. A large fountain and a beautiful statue which honors him by the Spanish writer Cervantes adorn the small square.
Situated near the Palacio Real, the market was busy before a barracks. After it was demolished, was created this public square. He became a popular meeting place in 1950 after two of the biggest buildings in town were built Madrid: Edificio Torre de Espana and Madrid. Both buildings were built by the developer of Metropolitan and were designed by brothers Otamendi.
Edificio de Espana was built between 1947 and 1953 and is the most elegant of the two skyscrapers. It consists of a central tower, 25 storeys high, flanked by two wings. Torre de Madrid was built in 1957. At that time was the tallest concrete building in the world with a height of 142 meters. Nickname Jurafe (giraffe), was the tallest building in Madrid until 1989 when it was raised Torre Picasso.
The most important objective of the Plaza de Espana is closed monument to the memory of Miguel de Cervantes, author of the story of Don Quixote de la Mancha and Sancho Panza believer or companion, known worldwide story. Tourists crowd to take pictures with the bronze statues of Don Quixote and Sancho Panza. Behind them is a tattoo of Cervantes who watches over his creations.
Sponsored Links

Write your Review on Plaza de Espana and become the best user of Bestourism.com 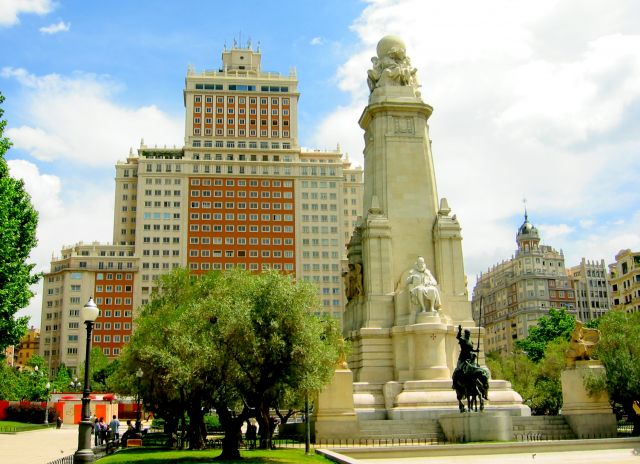 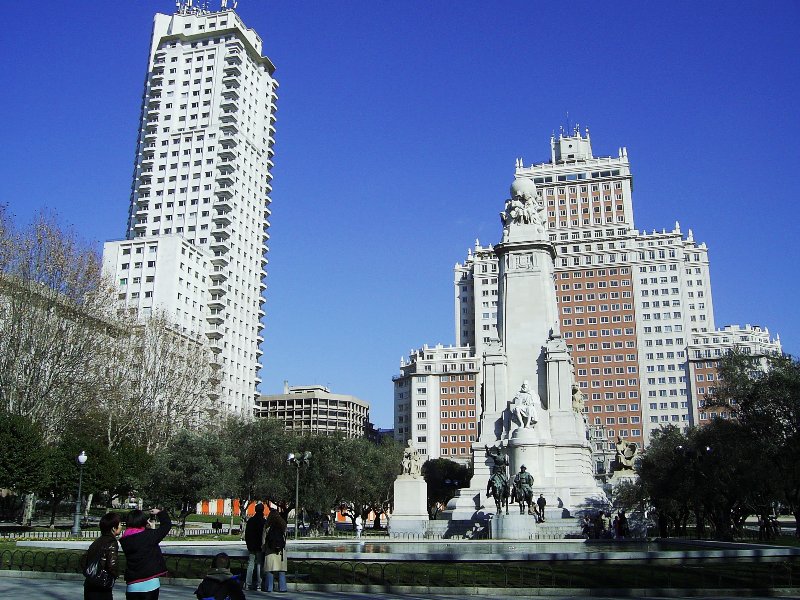