Parque del Retiro Buena is the most popular park in Madrid. Can be very crowded especially on weekends when families come to Madrid for a ride through the park and musicians, painters, astrologers, jugglers and street artists animates crowd.

Retiro Park was created to be a royal park, the palace belonged to the Real Sitio del Retiro Buena. In 1632, the palace was built by King Philip IV as an oasis of relaxation for the royal family. Retiro means withdrawal, hence the name of the park and palace. At that time there was much to park outside the city walls, but now completely surrounded the city of Madrid Retiro Park. 130-hectare park was opened to the public in 1868. The part is arranged in a formal French style while other parts are more natural.
Of the original palace buildings only two survived, the rest were destroyed during the Napoleonic Wars. One of the buildings that have survived today hosting Museo del Ejercito, a military museum. Museum presents the military history of Spain and has a beautiful collection of armor. The most important exhibit of the collection is the sword of El Cid or La Tizona. Not even a gun, but another very important exhibit of the museum is the cross that Columbus took with him to the New World. The other building that has survived is the Cason del Retiro Buena where there is another museum with a collection of paintings from the 19th and 20th centuries including Joaquin Sorolla's works.
Near the northern entrance to Retiro park is a large artificial lake: Estanque del Retiro. From here you can rent a rowboat, a very popular entertainment, especially on weekends. A large equestrian statue of King Alfonso XII watches over the lake. Monument erected in 1922 by King Alfonso mother consists of a semicircular colonnade with an equestrian statue of King in front.
In the south there is another much smaller lake. Saw the lake is a beautiful glass building, Palacio de Cristal. Built in 1887 by Ricardo Velazquez Bosco after the Crystal Palace in London, the building was originally used to house exotic plants brought from the Philippines. Now it is mainly used for temporary exhibitions. In this area there is another flag, Palacio de Velazquez, designed in 1884 by the same architect. Now it is used for temporary exhibitions, being primarily used for an exhibition of mining, metals, glass and ceramic industry.
Another part of the park is the rose garden, Rosaleda. One of the most remarkable statues of the Retiro park is called El Angel Caido. The statue is dedicated to Satan and is probably the only such statue in Europe.
Sponsored Links

Write your Review on Parque del Buen Retiro and become the best user of Bestourism.com 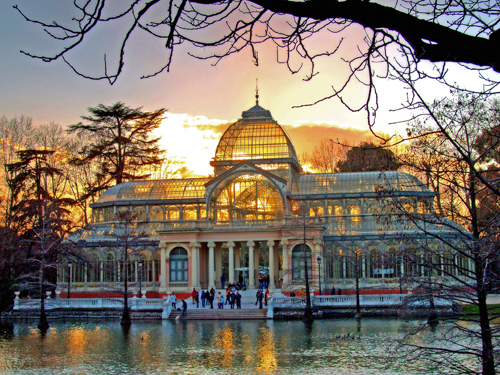 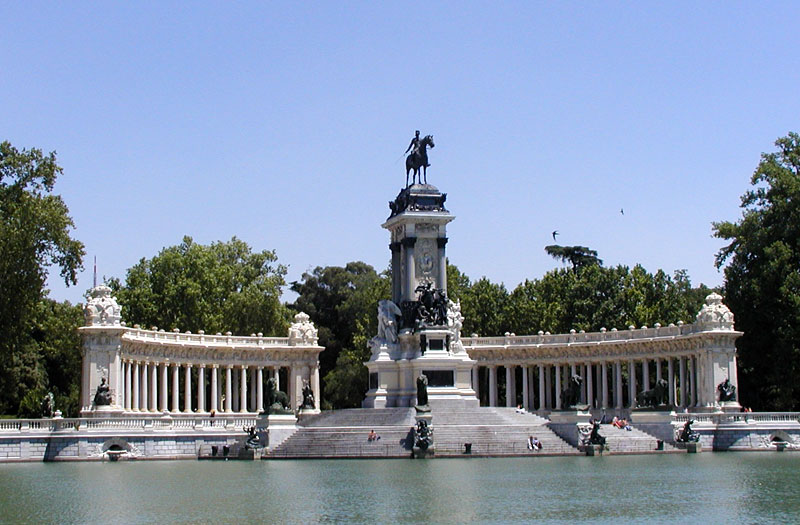 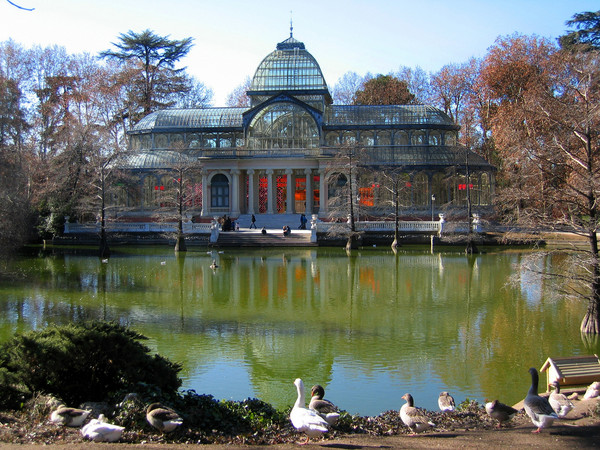