Vondel Park is Amsterdam's largest park and one of the most popular parks in the Netherlands, a sight that can not be missed on vacation in Amsterdam. Vondel Park is visited year over 10 million people. It is located near the Rijksmuseum and the Van Gogh Museum.

Vondel Park Amsterdam but is loved by residents and tourists, and summer is filled with people especially during summer when everyone enjoy pleasurable moments of relaxation in the park. Free concerts are offered many times in outdoor theater in the park. Other park attractions they represent statue of the poet Vondel, dome and museum film which has a popular terrace. In June, July and August are organized theater and musical theater performances outdoors in the park. They are held five days a week. Admission is free.
Park's history begins in 1864 when a group of prominent residents of Amsterdam have formed a committee for founding a public park. They raised money to buy eight acres of land and an architect was hired to design the park in English style. They used a lot of paths, ponds and podulete to create the illusion of an area of nature. The park was opened in 1865 as a public park called Park Nieuwe riding. Vondel name was adopted in 1867 when a statue of Dutch poet Joost van den Vondel was placed in the park. Committee has raised money for expanding the park and then again until 1877 and reached the surface, which has in this time of 45 hectares. During that time the park was located on the outskirts. Meanwhile, as Amsterdam has developed the park came to be located in a very central area.
Sponsored Links

Write your Review on Vondel Park and become the best user of Bestourism.com

Others The best places to visit in Amsterdam, Netherlands .

Others from The best places to visit in Amsterdam, Netherlands 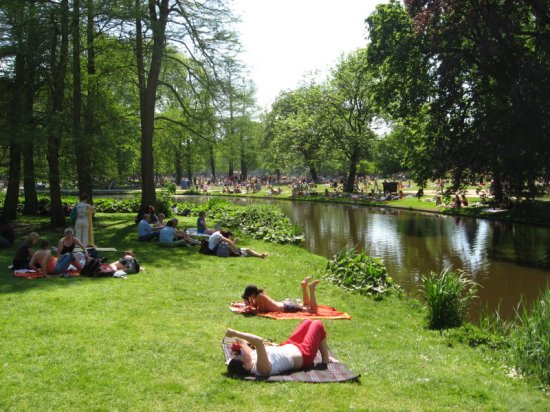 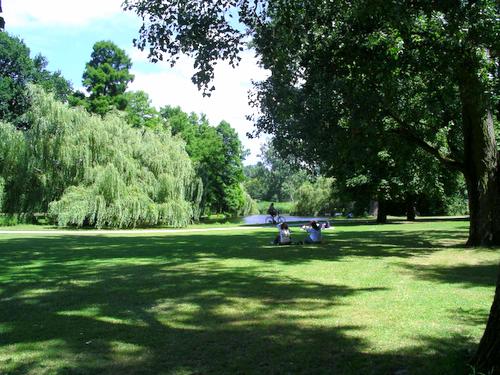