Sponsored Links
While discovering and exploring Venice, it is impossible to not notice the grandeur and beauty of this church rising on the shore of Grand Channel.

On one of the banks of Grand Channel, in the seventeenth century, one of the most beautiful churches in Venice, Santa Maria della Salute, was built. A symbolic image of the floating city, it appears in many documentaries about the Venetian architecture but also in many paintings made by famous artists such as Michele Marieschi, Francesco Guardi, John Singer Sargent, Walter Sickert and, of course, Canaletto.

After the plague of 1630, which is said to have killed nearly a third of Venice population, the Venetian senate decided to built a church dedicated to Virgin Mary. After a competition between several architects of the time, the project was entrusted to young Baldassarre Longhena. Its construction started in 1631 but soon difficulties had arose. The soil was not solid enough to support this massive structure and the church would be completed late, in 1687, 5 years after the death of Longhena.
Every year, on November 21, people celebrate Festa della Madonna della Salute. The Venetians built a bridge over the Grand Canal, from San Marco to the Dorsoduro, on which locals pass to go to worship the Virgin Mary and gondoliers bring their oars, with this occasion to be blessed by one of the priests of the church.

The church, seen from above, has an octagonal shape, the central dome being surrounded by baroque buttresses, which made the structure more stable. Another dome, a smaller one, is behind the big dome, along with two bell towers. The facade built from Istria stone has been enriched with numerous sculptures of angels and saints and on the top of the dome there is a statue of Virgin Mary which blesses the city. The interior is as impressive, hosting a baroque altar designed by Longhena and priceless paintings by Titian and Tintoretto.
Sponsored Links

Write your Review on Basilica Santa Maria della Salute and become the best user of Bestourism.com 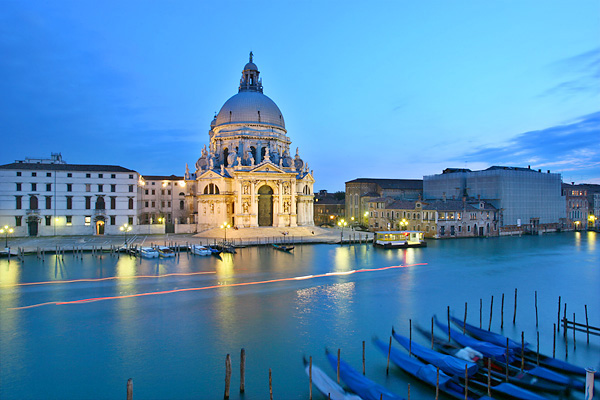 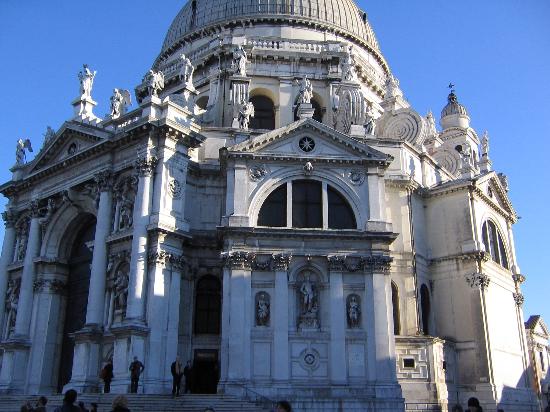 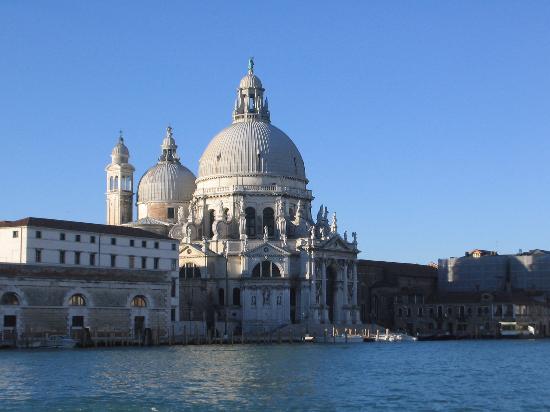 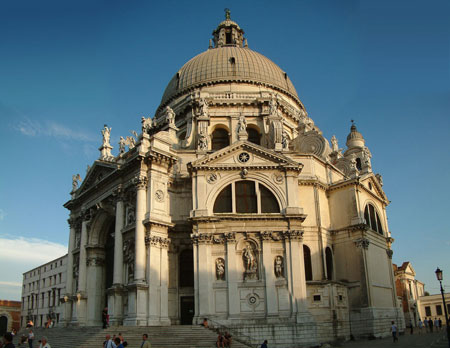