This huge tank, founded by Emperor Justinian I, the people called "Palace of the sink." Tanks on the site was found a huge church which may have been built centuries III and IV of Age Roman and served as a place of artistic and scientific activities but also to commercial businesses.

This place is rumored that some gardens which were surrounded by marble columns and the garden is a bronze statue of the Prophet Solomon stood with hand on chin looking to be amused Ayasofya. This statue was taken away by the Emperor Basilius I (867-886). It is also rumored that in May 7000 by slaves worked to build the tank.
On entering the tank is 52 stone steps that must be brought down to see the wonderful columns 9 meters placed in 12 rows with each 28 columns each. Both blocks of 4.80 meters thick tank wall and floor bricks were plastered with a thick layer of mortar Horasan making them resistant to water. The tank has an area of 9800 square meters and a capacity of 100,000 tons of water and over 336 marble columns.
Passing through the middle part is actually colanelor place during restoration, walls were built 40 feet long and 30 meters wide to be sustained weight. Jellyfish heads used as pedestals are placed in the second column in the north-west of the tank which are considered works of Roman art.
Tank, which covers a large part in the Byzantine Empire and provided water for the Grand Palace where the emperors lived, was used after the conquest of Istanbul by the Ottomans in 1453, Topkapi Palace gardens are irrigated with water from the tank. Knowing that the Turks preferred mineral water at the expense of flat water, have not used the tank after he had arranged their own facilities to ensure the water. The tank remained necunoascuta for westerners until XVI century when it was discovered by German Gyllius, who visited Istanbul between 1544 - 1550 to study the remains of the Byzantine era.
Scene from James Bond "From Russia with Love" where the lead actor goes by boat through a forest of marble columns is filmed in this place. After 1990, after being removed 50,000 tons of mud paths were constructed and lit interiors were being improvised even a cafe where you can listen to classical music.
Sponsored Links

Write your Review on Sunken Palace and become the best user of Bestourism.com 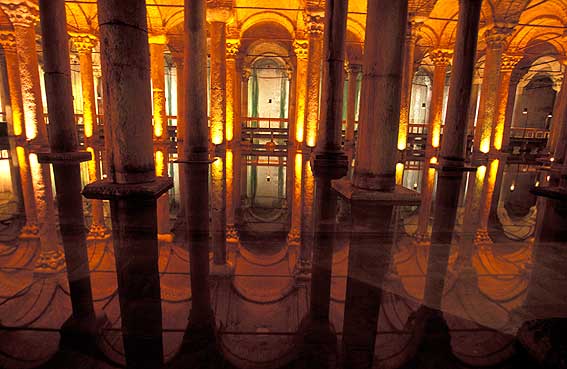 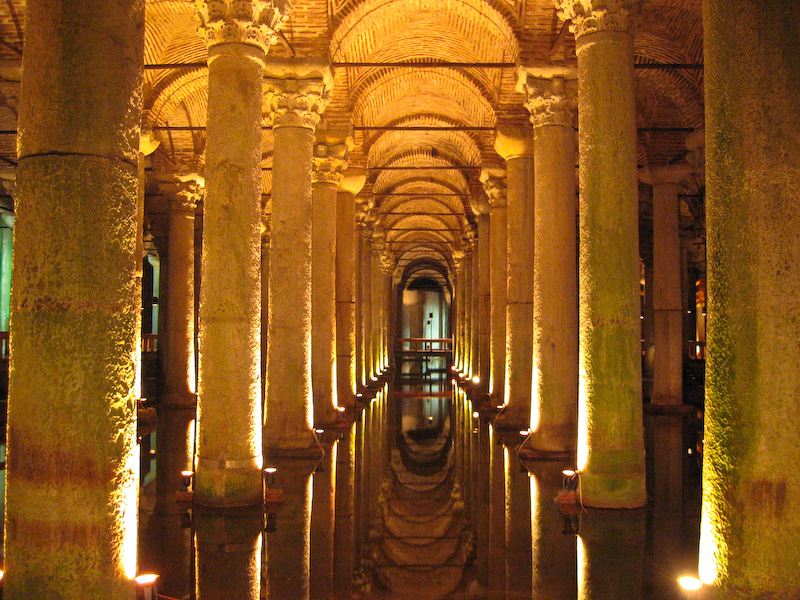