Meditation Tourism / The most beautiful mosque in the world / Masjid Al Nabawi in Madinah, Saudi Arabia


Medina, nicknamed the "goodness of the good" the first capital of the Islamic and the second holiest sites in Islam after Mecca, is the capital of Madinah region, located on the territory of Hijaz historical western Saudi Arabia , approximately 400 kilometers from Makkah in a northeast direction, and about 150 km east of the Red Sea , and the nearest port to the port of Yanbu , which is located in the south-west of them and banish them 220 km,  The area of Medina, about 589 km ² of which 29 km ² occupied zone construction, and the rest of the area are outside the urban area, consists of mountains and valleys and slopes of Seoul and the desert lands and other agricultural and cemeteries and parts of the highway network.

Founded Medina before the Prophet over 1500 years, It was known before the advent of Islam as " Yathrib ", has received this name in the Qur'an in the verse on the lips of some of the hypocrites: (Having said a group of them, O people of Yathrib, not the place for you, turn and asked permission team including the Prophet say that our homes when that nakedness that only want to escape). According to the hadeeth Saheeh that the Prophet Mohammed bin Abdullah is the name of Yathrib to the city, and forbade the use of the old name and said: "Who said the city" Yathrib "Felictvgr God ...", and Medina forbidden entry to non-Muslims, the Prophet Muhammad said:" O Allah, I deprive between the lava fields such as campus Ibrahim Mecca, God bless and provide them with Sallm. "
A city of about 1,300,000 people, The city is among the bosom many monuments, most notably the Prophet's Mosque , which is the second holiest mosque for Muslims after the Grand Mosque in Mecca, in addition to the cemetery Baqi , which is the main cemetery for the people of the city, which buried by a lot of companions , a mosque of Quba 's first mosque built in Islam, the Aqsa Mosque and the Mosque , and a mountain , and a lot of valleys, wells, streets, lanes and alleys of old.
Sponsored Links

Write your Review on Masjid Al Nabawi in Madinah, Saudi Arabia and become the best user of Bestourism.com

Others The most beautiful mosque in the world .

Others from The most beautiful mosque in the world

The most beautiful mosque in the world 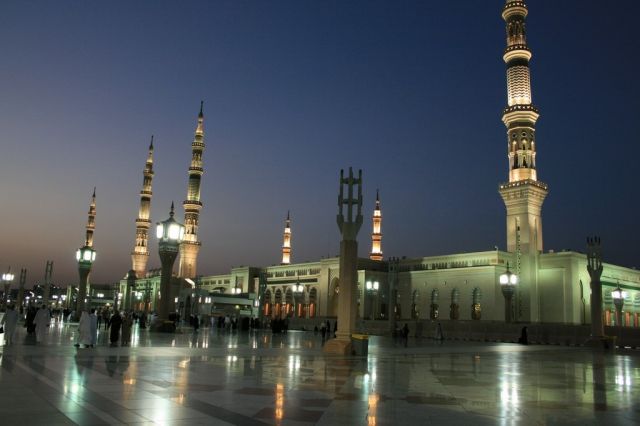 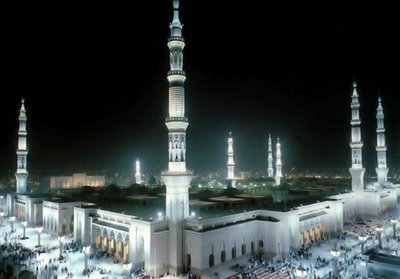