Dolmabahce Palace is the largest and most luxurious residence in Turkey: 15,000 square meters built, 285 rooms, without calculating baths, halls and annexes. In the palace of oriental opulence meets six sultans who have lived (past rulers of the Ottoman Empire) with Western sophistication. Moreover, the palace looks more like an imperial residence French or Austrian, but the locations of 1001 nights, for Romanian visitors, the closest comparison would be within the Presidential Palace, the dimensions but much more modest than Dolmabahce.

The tour starts with the gate fully continent, situated near Besiktas stadium, to finish on the beach by the palace terrace. The building harem can reach the inner lanes, but the current museum organization requires separate visits to that wing of the building.
The highlight of a visit to Dolmabahce Muayede's entrance hall, a breathtaking inside. It's a room under the dome so high that they could fit a 12-storey block. The dome 25 meters in diameter and 36 m high crystal chandelier hangs a four and a half tons produced in England in the nineteenth century. It was originally lit with gas, but was modified to use over six hundred bulbs. Impression of grandeur of the hall which opens to the sea through a terrace is dated the 56 carved columns and three-dimensional painting which emphasizing proportions by an optical illusion.
At 2,000 square feet of Hall Muayede events occurred with historical resonance for Turkey. Ramadan, was brought here from Topkapi Palace throne of the sultan, who received the honors of princes and ambassadors accredited. This hall Abdulmecid Sultan received the Emperor Franz Joseph and all here Murad V was crowned.
But the place is bound and the modernization of Turkey: first the Ottoman parliament held its inaugural meeting under the same dome in 1877 and the proclamation of the republic still in Muayede Hall, Mustafa Kemal Ataturk held its first speech as president. The speech was printed and framed on the walls of one room. Finally, the death of Ataturk in 1938, the corpse was deposited even Muayede room so his fans in Istanbul and all over Turkey you can pay a tribute to this great reformer.
Sponsored Links

Write your Review on Dolmabahce Palace and become the best user of Bestourism.com 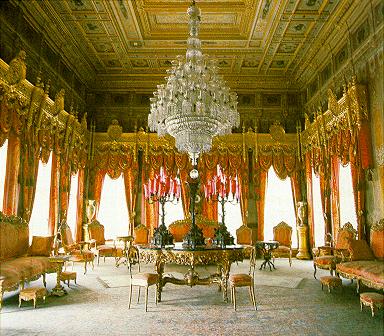 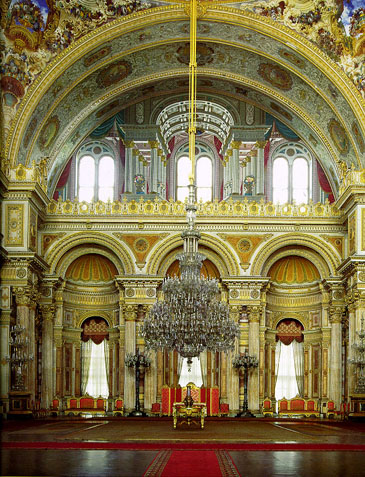 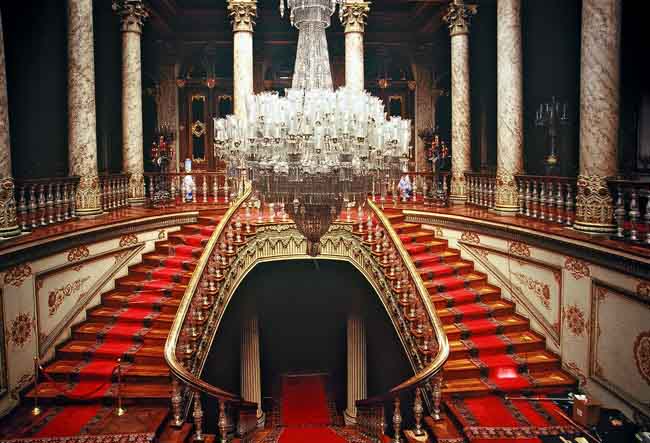 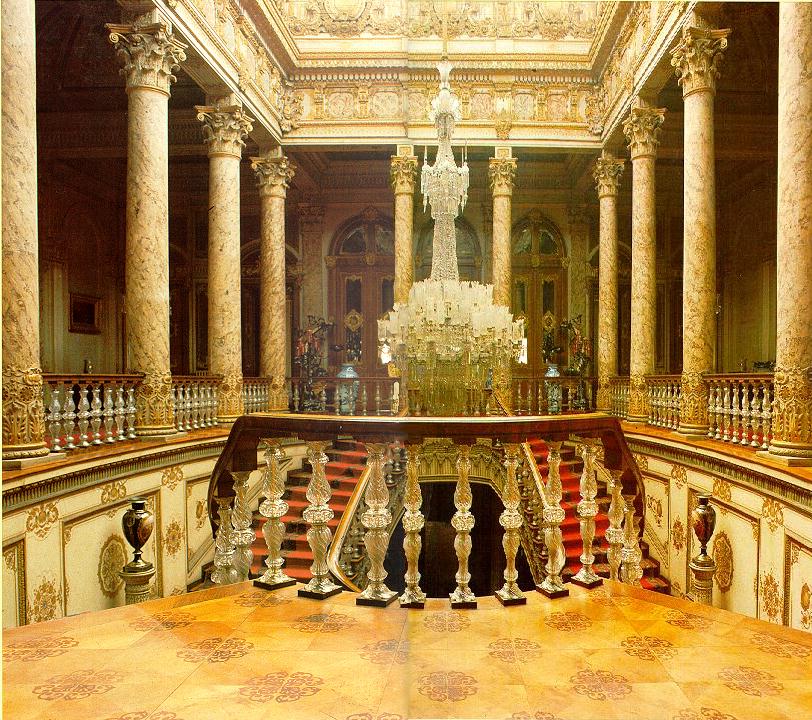 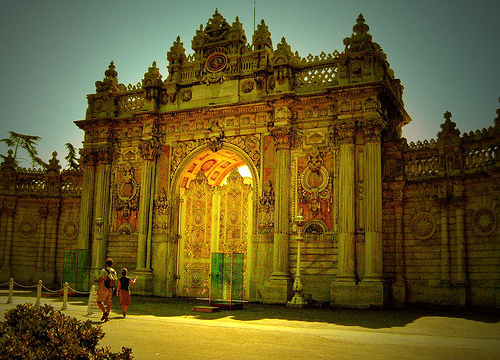 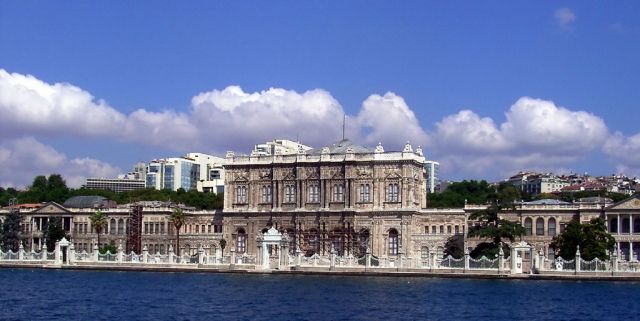