Wishing to be a rival to the Ayasofya mosque the Sultan Ahmet I, the Blue Mosque built between 1609 and 1616 as the largest mosque in Istanbul. Blue Mosque is one of the most famous sights in Istanbul, the only mosque in Turkey with six minarets (towers), most mosques with only four, two or even a minaret. Went to the news that the Sultan has commissioned architect Mehmet Aga to make a mosque with minarets of gold (Altina) but understood that the architect must make six (other) minarets. Whatever the real reason for the construction of six minarets, the Blue Mosque sparked a huge scandal because the Haram Mosque in Mecca (the holy in the world) had all six minarets. Over time, the scandal is resolved by adding another minaret mosque in Mecca.

Blue Mosque was built in classical Ottoman style mosque dimensions are 64 x 72 meters and is best appreciated from a distance. Near the mosque is also situated a few buildings that represent a theological school, a Turkish bath, a kitchen where they used to serve soup to the poor and a few shops, mosque income coming from selling products from these shops. The interior consists of space and very impressive columns, dome ceiling is painted with Arabian reasons. Inside was not any statue or painting, Islamic religion forbidding image worship of any kind.
It's called "Blue Mosque" because of the 20,000 blue ceramic plates "İznik" that were used inside the building to the outside is not anything blue. Tile "İznik" XVI century contain flowers, trees and abstract grounds. Exterior windows including 260 colored (stained) and a cascade of domes very high (the highest being 43 meters high and 33.4 meters in diameter), supported by four enormous circular pillars. Each dome arches and they seem to say the same visual rhythm.
Main entrance of the west is very beautifully decorated but because it wants to preserve the sacred spirit, visitors are asked to use north entrance, from the track.
Sponsored Links

Write your Review on Blue Mosque and become the best user of Bestourism.com 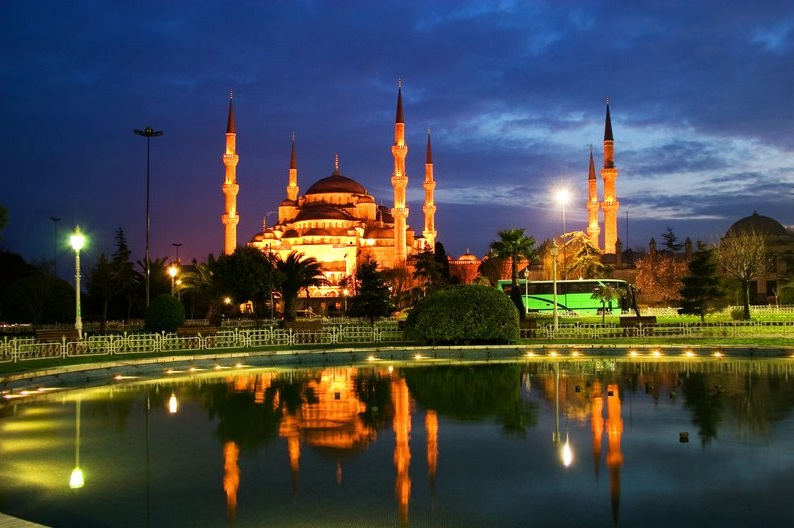 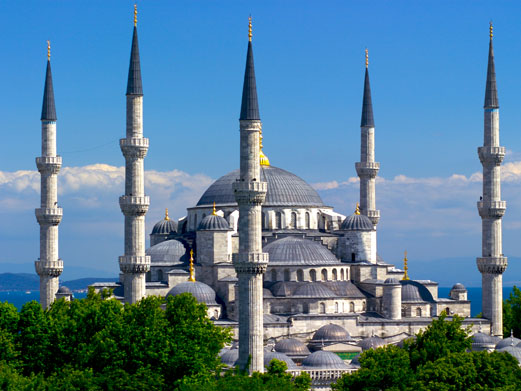 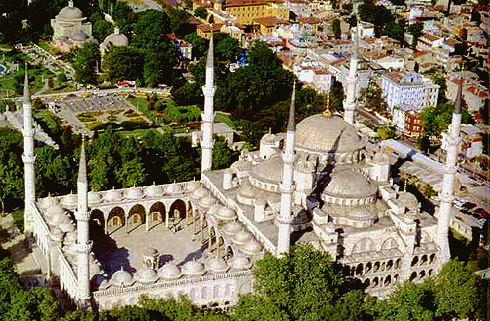 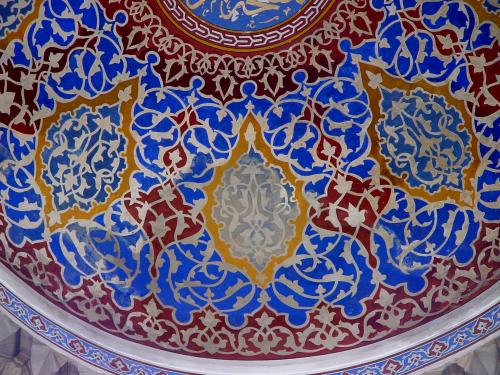 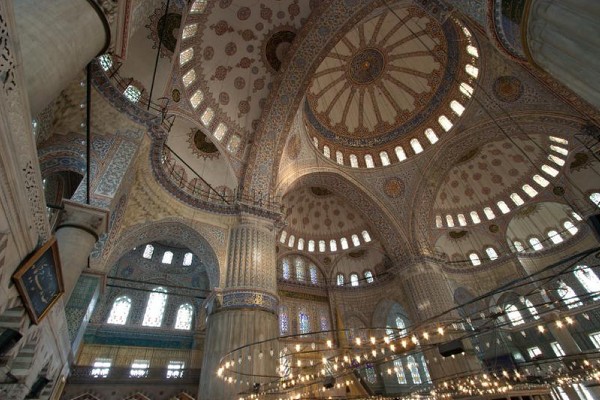