The monument consists of two circles which are placed above the symbols of peace and war, occupation and wealth, of knowledge and glory. Heroes Square sides are decorated with statues of kings, governors and famous characters of Hungarian history. At the foot of each Member a small plaque describing the most important moment in the life of that personality.
Heroes Square is situated in the middle of a column 36 meters high atop which there is a statue of Archangel Gabriel, symbol of Roman Catholic belief. On foot statue commemorates the Arpad and the seven rulers of the Hungarian tribes. Arpad's descendants gave birth to the royal dynasty in Hungary. Tomb of Unknown Soldier and it is found in the market. On both sides of the market to find the Art Museum and Art Gallery. Both worth visiting. For several years the two museums compete for attention among visitors and bring temporary exhibitions which included Van Gogh, Rembrandt and collections of famous Spanish and French painters. Today, if you visit the market, you will find a lot of teenagers with skateboards and roller sites that display their knowledge among crowds of tourists.
Sponsored Links

Write your Review on Heroes's Square and become the best user of Bestourism.com 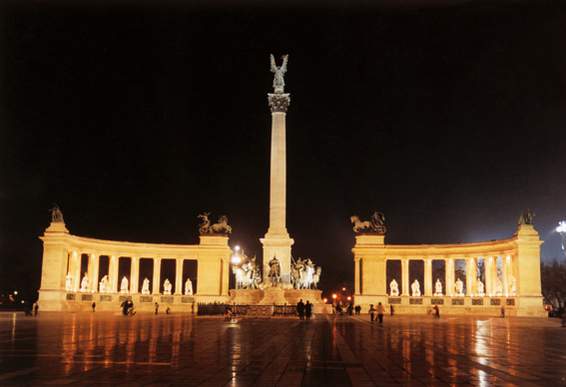 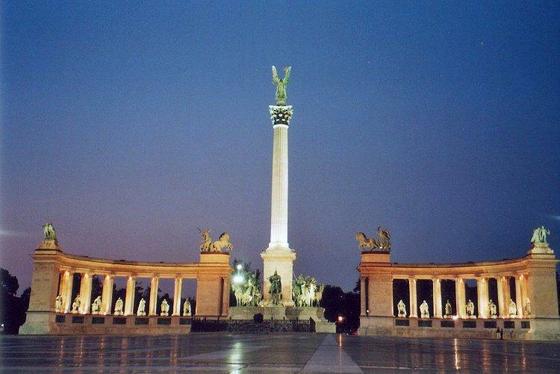