Matthias Church is located in Buda and is one of the main attractions of the Hungarian capital. Church ranks of other churches built during King Bela IV between 1255-1269. It was rebuilt several times. Parts of the church were extensive and were given the shape of polygons in the late fourteenth century. For the same period dates and magnificent southern entrance gate which has a bas-relief depicting the death of Mary.

In 1309 Charles Robert of Anjou was crowned in this church and became King Charles I of Hungary. During the reign of King Matthias and was named after which he called the church, but the side chapels were added and an oratorio for the royal family, and the new tower of the church in the south. In this tower were sheltered arms of Matthias Corvinus dating from 1470. Now, these weapons are found inside the church.
In 1526 the building was destroyed by fire and 15 years later was converted into a mosque. After the Turks were expelled by the Habsburgs, the Jesuits have taken responsibility coronation church, as it is called and have renovated it in Baroque style. In 1867, Emperor Franz Joseph I of Austria and his consort Elisabeth ("Sissi") were ordained leaders of Hungary here, Franz List of music composed for the coronation ceremony.
The church was rebuilt in its present form between 1874 and 1896, for reconstruction was chosen as the Gothic style. At the end of the Second World War was seriously damaged but has been painstakingly restored, patience and hard work that lasted for years. A true jewel of the Gothic church is the front door on the south as it depicts the Virgin Mary. On both sides of the entries are found the statue of King Stephen I (the Spirit) and King Ladislaus I.
Matthias church interior is decorated with various geometric and floral ornaments reminiscent Mosque that existed here before. Frescoes and stained glass windows dating from 1890, all dating from this period neo-Gothic altar.
In the church there is the ecclesiastic art museum. Museum visitors can admire a number of exhibits from the crypt to medieval chapel of St. Stephen, exhibits include replicas of the Royal Crown of Hungary, the medieval royal jewels and an important number of relics Sarca.
Sponsored Links

Write your Review on Matthias Church and become the best user of Bestourism.com 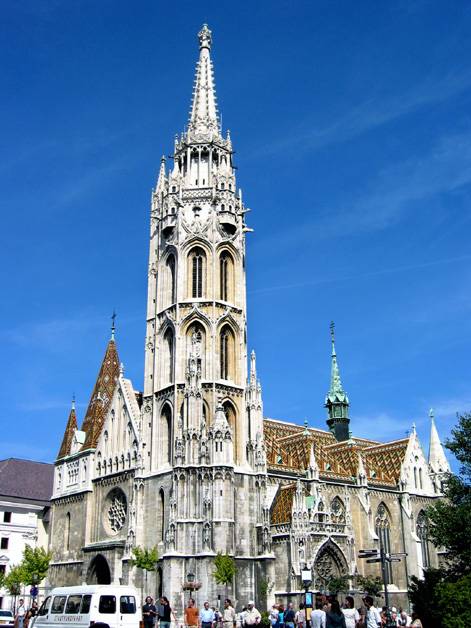 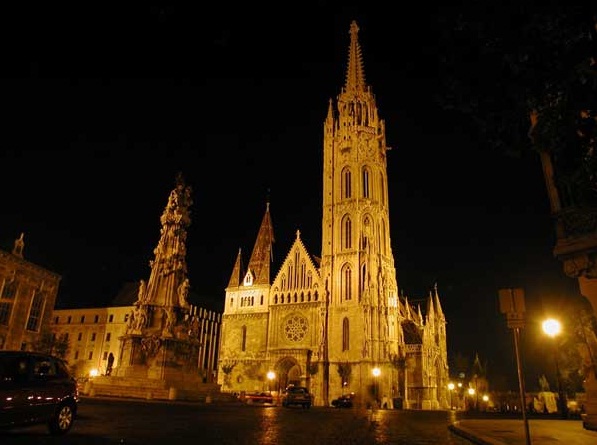 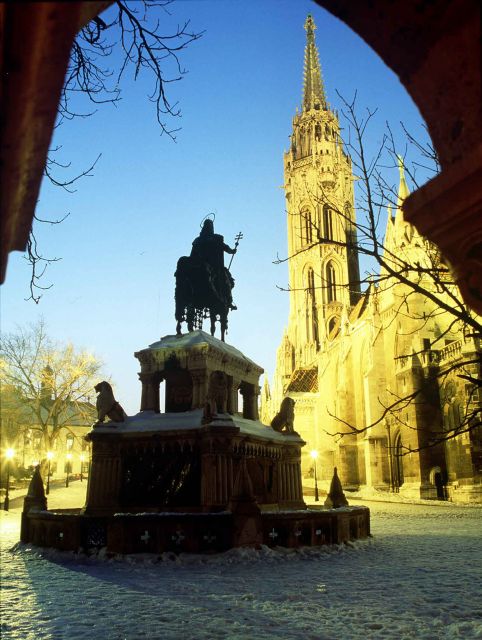 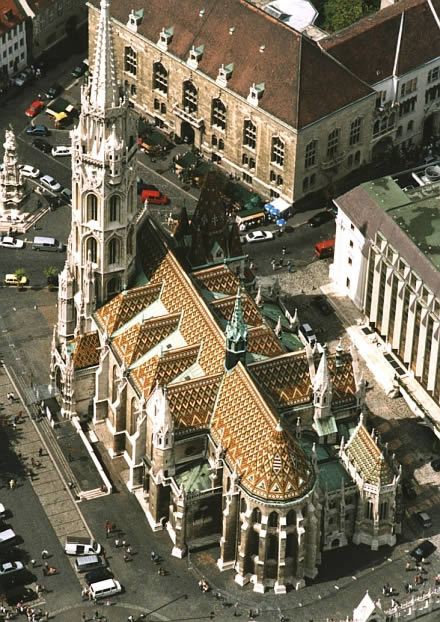