St. Vitus Cathedral (Chram svateho Vita) - whose original name is the Cathedral of St Vitus, St Wenceslas and St Adalbert, is the largest and most important cathedral in the Czech Republic and is one of the best examples of Gothic architecture. It is the place where the bishop of Prague and saints, kings, princes and kings of Bohemia are buried. Coronations kings of Bohemia were held in this cathedral until 1836.

West wing of the cathedral (coming from court to court 2nd 3rd) is the newest, built in the late nineteenth century - the beginning of the twentieth century. There was also the main entrance. West wing is characterized by two high towers and cathedrals of the Parisian inspired rosette.
Southern wing of the cathedral one can easily recognize that there are Clock Tower, 109 feet tall and whose clock is the largest in the Czech Republic.
Access the tower if the weather is just beautiful between April and October and consists of 287 steps climb.
On the right side of the tower, is the old main entrance to the cathedral, topped the three golden arches is a mosaic of Judgement. Jesus surrounded by angels and saints kneel patrons of the Czech Republic (St. Prokop, St. Zikmund and St. Vitus in the left and St Wenceslas, St Ludmila and Saint Vojtech right side).
Vitus Cathedral inside consists of a center nave with two small wings and chapels in the North. Chapels are illuminated by light passing through the windows tinted with religious reasons. Wenceslas Chapel, XIV century, was built in honor of the patron saint of the Czech Republic, Wenceslas, by Charles IV. Another work of art admired by the tourists who visit the cathedral, is the tombstone of John of Nepomuk chapel situated opposite John Nepomuk.
In front of the marble shrine is the royal mausoleum, he was buried under the Bohemian kings. Mausoleum consists of tombstone of King Ferdinand I of Austria, his wife Anne of Bohemia and Roman Emperor Maximilian II. Crypt below contains the graves of Charles IV, four wives of his, the Emperor Maximilian II and Rudolf II and his daughter Maria Teresa of Austria, Maria Amalia of Austria.
Sponsored Links

Write your Review on St. Vitus Cathedral and become the best user of Bestourism.com 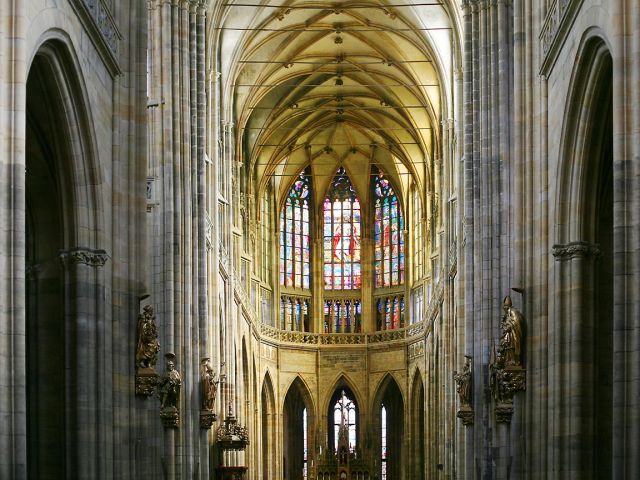 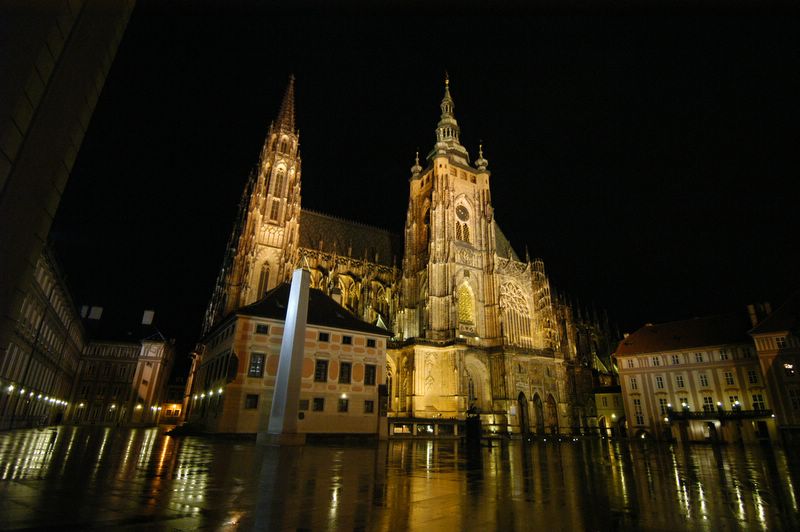