Trajan's Column was built between 106-113 AD to honor the victories of emperor Trajan in Dacia. It was located in the Column of Trajan's Forum (forum which had just been opened in those days) and surrounded by buildings.

A spiral relief is engraved around the column. Relief band has a length of 180 meters and its width varies from 60 cm to 120 cm below the top. On the column there are over 2,000 characters engraved in describing scenes story of the Roman wars in Dacia of 101-102 and 105-106. Scenes begin with Romanian soldiers who are preparing for war and ends with the Dacians expelled from their native land. Trajan's Column is made of 29 pieces of white marble, most of them weighing nearly 77 tons. Reliefs were not always white, they were originally gilded and many other Roman monuments, colored.
Originally, a statue of an eagle was in the top column, but after Trajan's death, it was replaced with a more than six feet high statue of the emperor. Trajan's ashes and his wife later Plotinus, were submitted on the column. In 1587 the statue was replaced again, this time with one of St. Peter.
Legend has it that this monument was saved from demolition thanks because Pope Gregory the Great. They say he was so moved by a scene in which he portrayed Trajan Column helping mother of a soldier dead, that he prayed for the salvation of souls pagan Emperor. Then God told the pope that Trajan's soul was saved. All legend says that the language was still intact when Trajan's ashes were removed from the column, a sign of salvation of his soul. The area around the column was then declared a sacred area, saving column from demolition.
Sponsored Links

Write your Review on Trajan's Column and become the best user of Bestourism.com 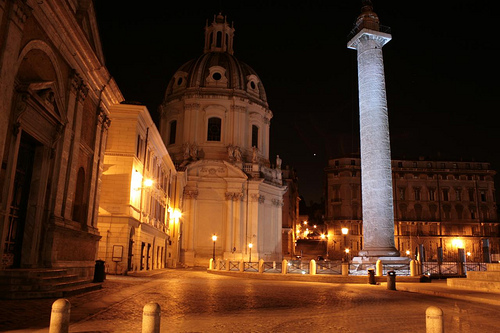 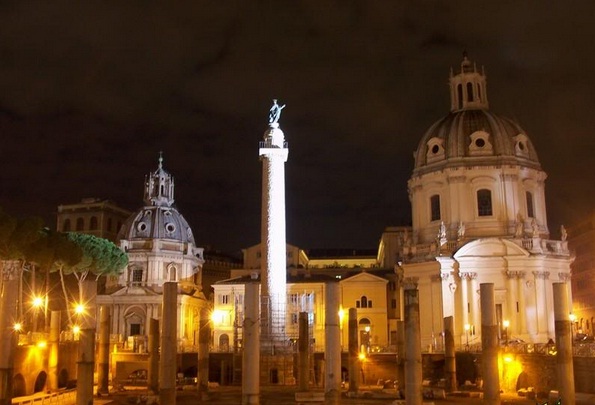