Destinations / The best places to visit in Rome, Italy / Vatican


A major tourist attraction, the smallest country in the world, Vatican City occupies an area of 0.44 square kilometers and serves as a spiritual center for millions of Roman Catholics worldwide.

The city state as it is often called the Vatican is the residence for about 800 people, but none of them is a permanent resident. The population of this tiny area around the basilica of San Pietro is composed of priests, monks, guards, senior officials and well-understood everything here is found most prominent citizen, Pope.
Vatican City was not always so small. In the mid-nineteenth century, the Papal State was an area of over 44,000 square kilometers. In the following years, after efforts to unify Italy, most countries which became part of Italy there. Pope's power was restricted to the Papal State and territory size was restricted to the Vatican. In 1929, the Lateran Treaty Vatican offered autonomy and formally defined the area which today attracts millions of tourists annually. State of Vatican City is protected by its own army, the Swiss Guard.
Tourists arrive by the Vatican St. Peter's Square. This market is a tourist attraction in Rome is that nobody should miss it, regardless of religious beliefs. St. Peter's Square was designed by Bernini during pontificatelor Alexander VII and Clement IX. Visitors to this beautiful squares are surrounded by two rows of columns with 284 columns arranged in four rows, on top of which there are 140 saints.
In the central market, there is an Egyptian obelisk with a height over 25 meters, brought to Rome by Caligula from Heliopolis in the Nile Delta. On one side of the obelisk and the other two wells there. Thousands gather in this square to hear speeches and blessings of the Pope or to attend services, especially important Roman Catholic holidays such as Easter or Christmas.
Basilica di San Pietro, Vatican City crown jewel, is the largest church in the world. The cornerstone of this church was now placed more than 500 years, in 1506. Shrines and monuments within the church are too numerous to be listed and tourists, even those who are not especially attracted to art, are fascinated by the magnificent interior of the church. Cathedral Basilica can be accessed by a lift up the roof, then there are still 323 steps that can lead to the place where it can be seen the most spectacular view of the city of Rome. Papal apartments and they are found here, as the Vatican Museums, which house the largest and most valuable art collections in the world. A tour of the museum is imperative for any tourist who comes to visit the Vatican.
The Vatican is an amazing place, so you have to make sure you do not miss none of the things we have to offer. The Vatican has its own tourist office, on the left side of Piazza San Pietro. The tourist office is a perfect place to start your visit. Here are books and brochures about Vatican tours can be reserved for visiting the Vatican gardens, can be purchased maps and other things that may prove useful for the papal visit to the city. They say the Vatican's postal system is better than Rome city views so please send those here at home.
Sponsored Links

Write your Review on Vatican and become the best user of Bestourism.com 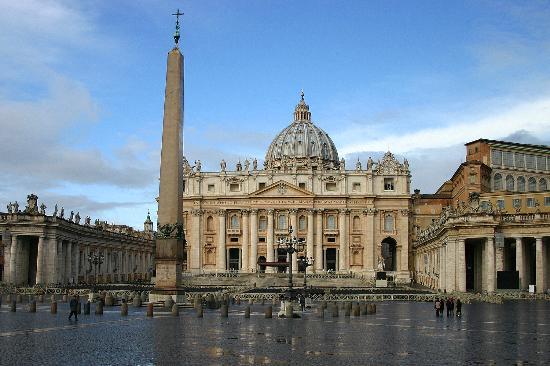 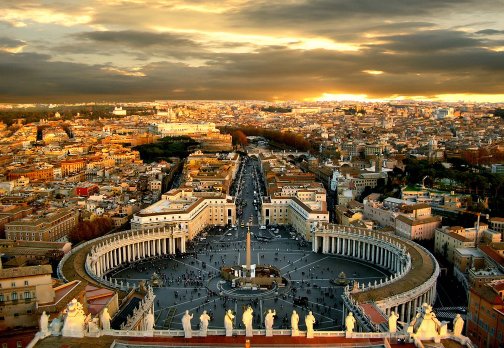