Destinations / The best places to visit in Rome, Italy / Pantheon


Now built more than 1800 years of building great domes rising again as a reminder of the greatness fellow Roman Empire and is one of the attractions of Rome. Dome building with a height over 43 meters is the most impressive. It was the highest dome in the world until 1436 when the Florence Cathedral was built.

At the top there is an opening large dome, called OCULUS, which was the only source of light to the building. The front of the impressive building has three rows of eight columns each, each with a diameter of 1.5 meters. Massive bronze door in the building provide access cilinidrica. Diameter equals the interior height of 43.3 meters.
Originally a temple for pagan gods, the Pantheon was converted into a church in the year 609. Pantheon contains the tombs of Raphael and several Italian kings. Interior design contrasts with marble floor structure of the building but still keep the original lines from Roman times.
Before the present Pantheon, two other buildings have occupied the same place. First, a T-shaped building was built in 27 BC Emperor Marcus Agrippa, son-in-law of Emperor Augustus. The temple was dedicated to the gods Mars and Venus. A 80 year burned but was rebuilt by Emperor Domitian. In 110 the building was hit by lightning and burned to the ground again. In 118 Emperor Hadrian built the Pantheon paid for but in a totally different form. This time Pantheon have to resist much longer.
The biggest problem encountered during the construction of domes was a huge weight of the roof. Because it can be supported without any reinforcement, concrete type and thickness of the dome varies from base to top. At the very thick walls were built of 6 meters. To top roof, a lighter type of concrete was used and called for opening OCULUS thickness is only 2.3 meters. Use of formwork and opening the top and they have helped reduce the huge weight of the dome.
Huge columns which weigh 60 tons were made in Egypt and were transported to Rome by ship. Columns supporting a pediment which gives Patheonul Marcus Agrippa, although it was founded by Hadrian. Pantheon Piazza della Rotonda is located near a rectangular market with a central fountain and an obelisk. It is located in the heart of Rome, not far from Piazza Navona, one of the most beautiful squares of Rome.
Sponsored Links

Write your Review on Pantheon and become the best user of Bestourism.com 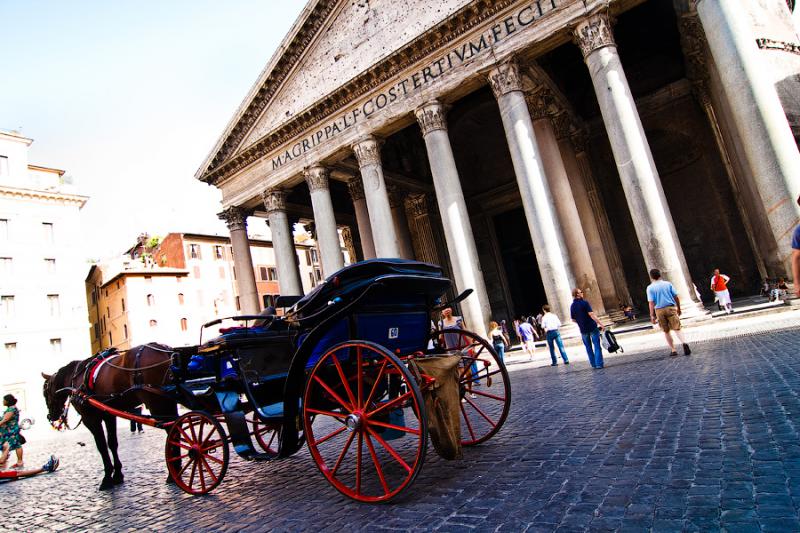 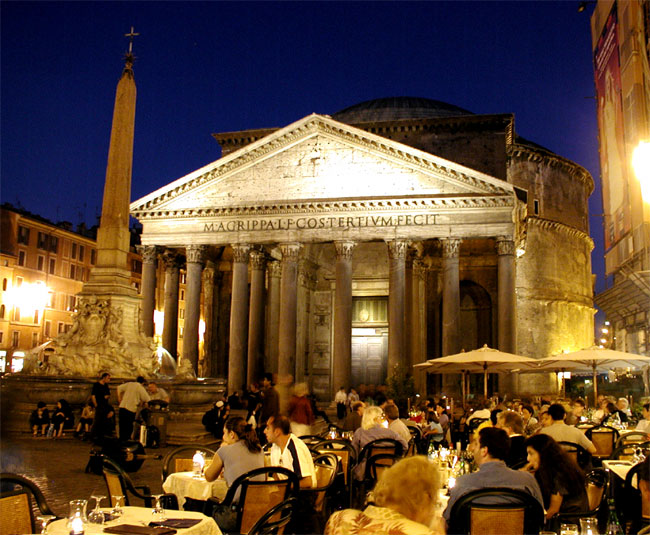 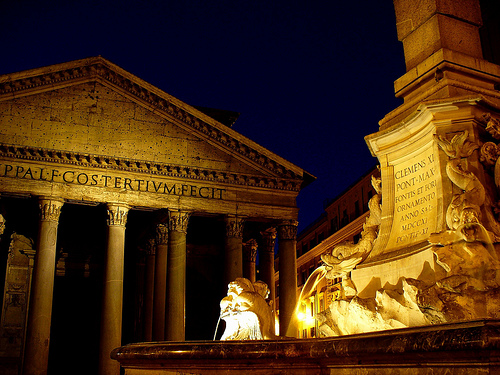 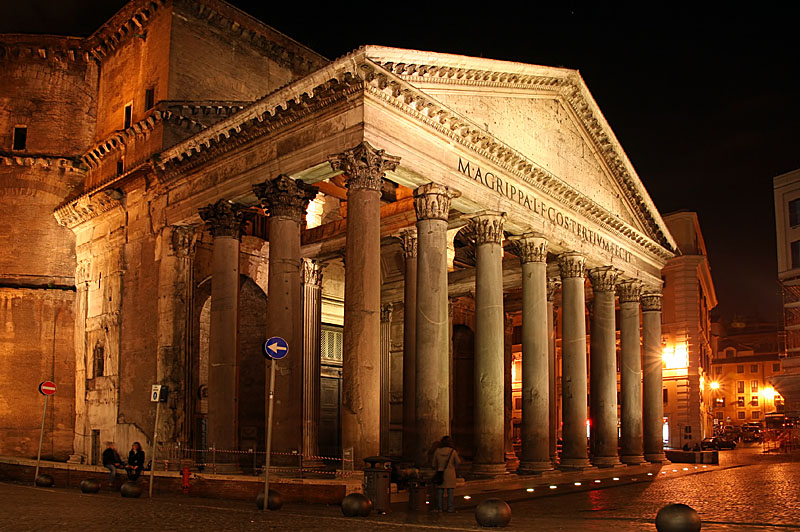 Pantheon - Night view of the Pantheon 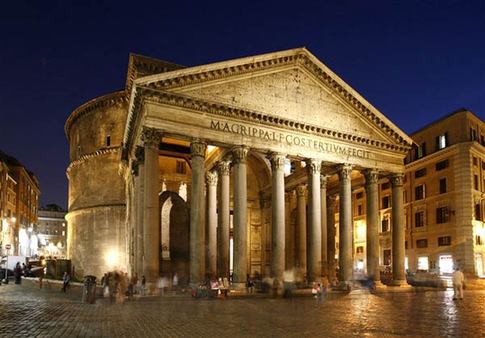