This is the heart of St. Petersburg, the construction since the city began its origin. Peter and Paul Cathedral is situated inside the Peter and Paul Fortress along the Neva river. It is the tallest building after the television tower.

Six bastions of the fortress were named after the companions of Peter I, who supervised their construction. Placed symmetrically, they look best from the sky. This can be verified on the spot:  helicopters with  tourists are rising over the fortress several times per day. The fortress was never involved in wars or fightings, but served as a political prison. One could get here without a court decision, but only on the king's orders. In the Trubetskoy Bastion is a museum-prison now. Other interesting places in the fortress - Peter and Paul Cathedral, Boathouse and the Mint, where until the end of the XX century were minted absolutely all Russian coins. Yet here is the famous cannon, which since time immemorial scorches at noon, marking the time.

Peter and Paul Cathedral is the first and oldest landmark in St. Petersburg and a wonderful place to visit.

Write your Review on Peter and Paul Cathedral and become the best user of Bestourism.com

Maps of Peter and Paul Cathedral 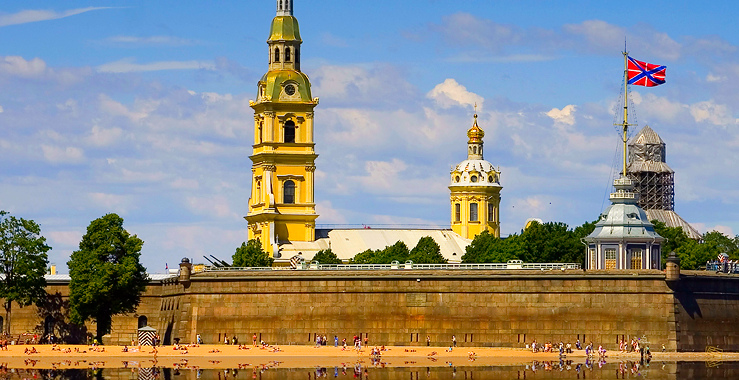