The star  wore a dress that could be categorized as a wedding dress to the awards at the Grammy ceremony.Beyonce came to the event in a white dress from the new collection of the designer Inbal Dror. According to stylists, thee dress could be worn by a bride, only that the cuts go far enough.

Beyoncé has eclipsed the entire world with her appearance at the Grammy 2016.  An interesting fact is that the interpret avoided to  parade on the red carpet at the event, so the photos have not really had a chance to surprise in all  glory. After a brief statement, made at the microphone about art, Beyoncé had to offer a prize to the author of the song "Uptown Funk ', Mark Ronson and Bruno Mars, winners for the category of"  the best recording of the year ".

Why critics say that the star wore a wedding dress at the event? Probably because the white outfit chosen for Grammy meets all the qualities of elegant dresses for special occasions.  The dress is part of a collection of wedding dresses, launched in 2016 by the  designer Inbal Dror. The star has matched the dress with a pair of diamond earrings belonging to the  brand Lorraine Schwartz.

Write your Review on Beyonce and become the best user of Bestourism.com 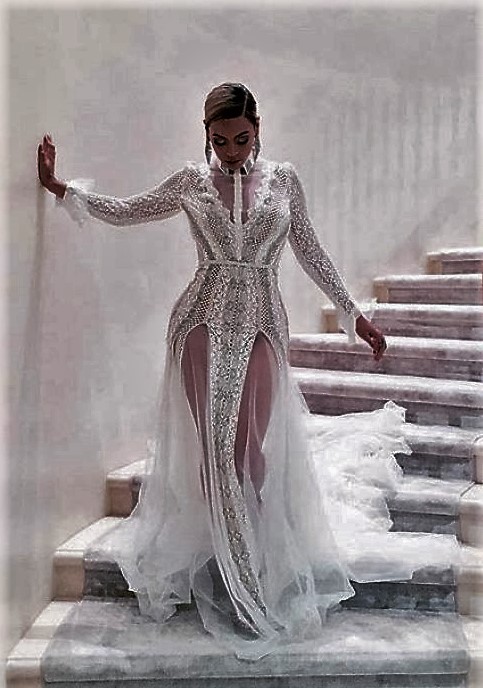 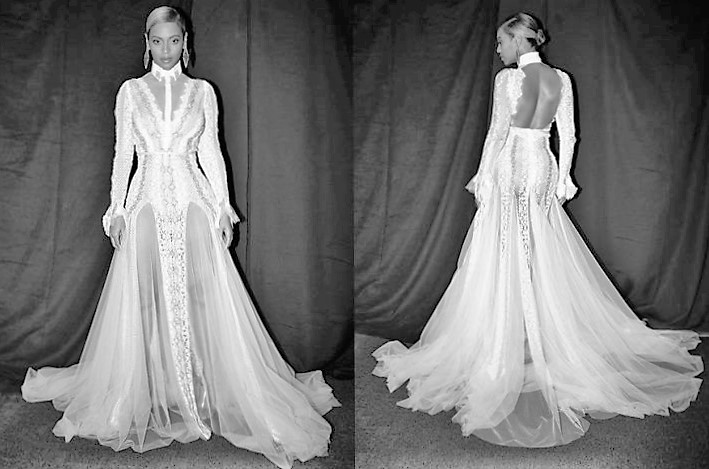 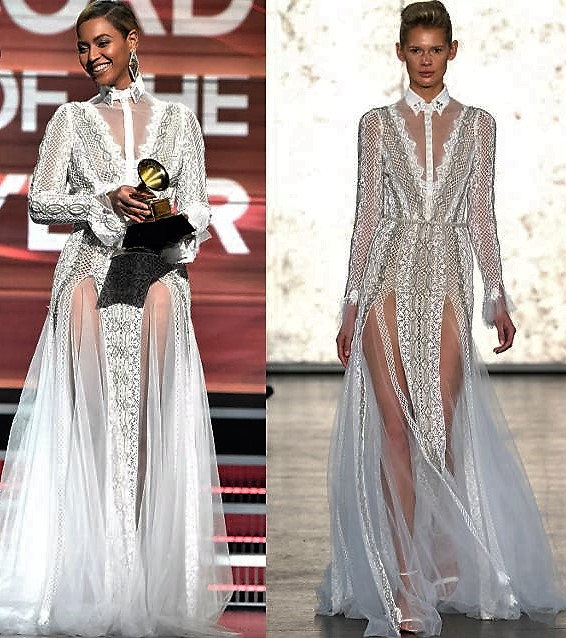