Fontana di Trevi is probably the best known and most beautiful fountain in Rome the whole city. This impressive monument dominates the small Trevi market located in the Quirinale district. Trevi Fountain is at the end of an aqueduct built in i Ch 19 is called the Aqua Virgo. This aqueduct bringing water from the Salone springs (about 20km away from Rome) and supplies the fountains in the historic center of Rome with water.

In 1732, the order of Pope Clement XII, Nicola Salvi was hired to erect a large fountain Trevi Square. There is a plan for building such a project after a Bernini fountain which had been postponed after a century after the death of Pope Urban VIII. Salvi and built on ancient masterpiece of Bernini's project. Construction of the monumental baroque fountain was completed in 1762.
Figure in the Trevi fountain is Neptune, god of the sea, which is in a chariot of struggle, is a shell, pulled by two large stall. One horse is balky and the other is calm and submissive. They symbolize the fluctuating mood of the sea. On the left there is a statue of Neptune that is abundant, while the right represents perfect health. Above the bas-relief carvings are found, one of them featuring her on Agrippa, the girl was named after the aqueduct.
Water fountain represents the sea bottom. Legend has it that he who throws a coin into the water will return to Rome. This money should be thrown back over his shoulder at the well.
Sponsored Links

Write your Review on Fontana di Trevi and become the best user of Bestourism.com 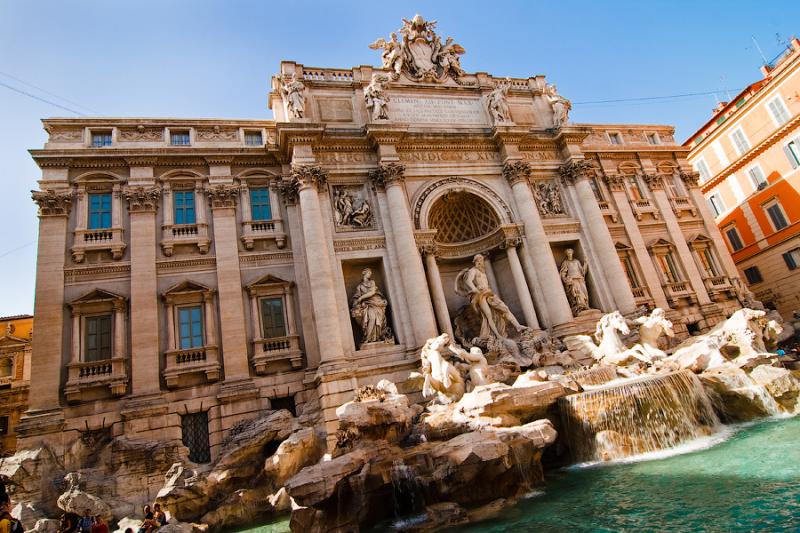 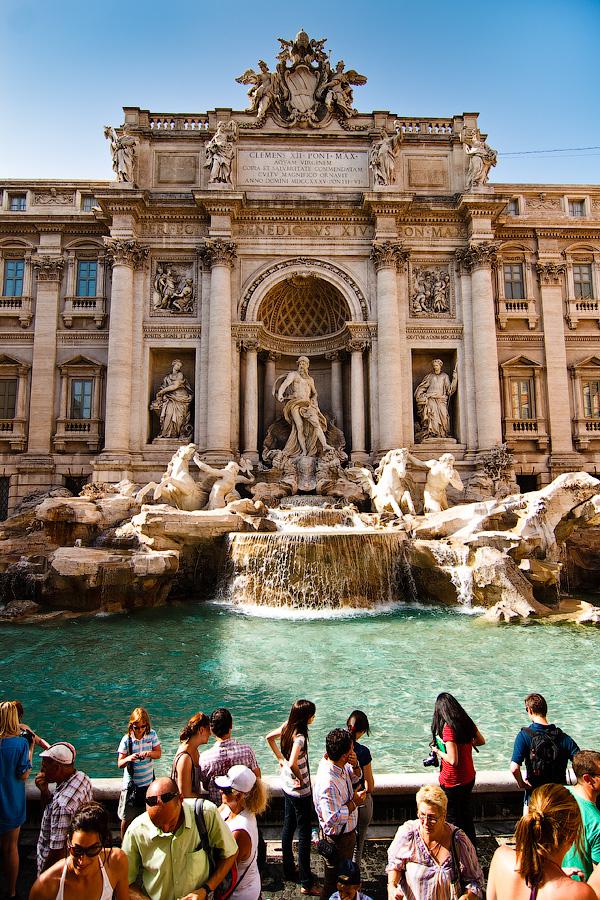 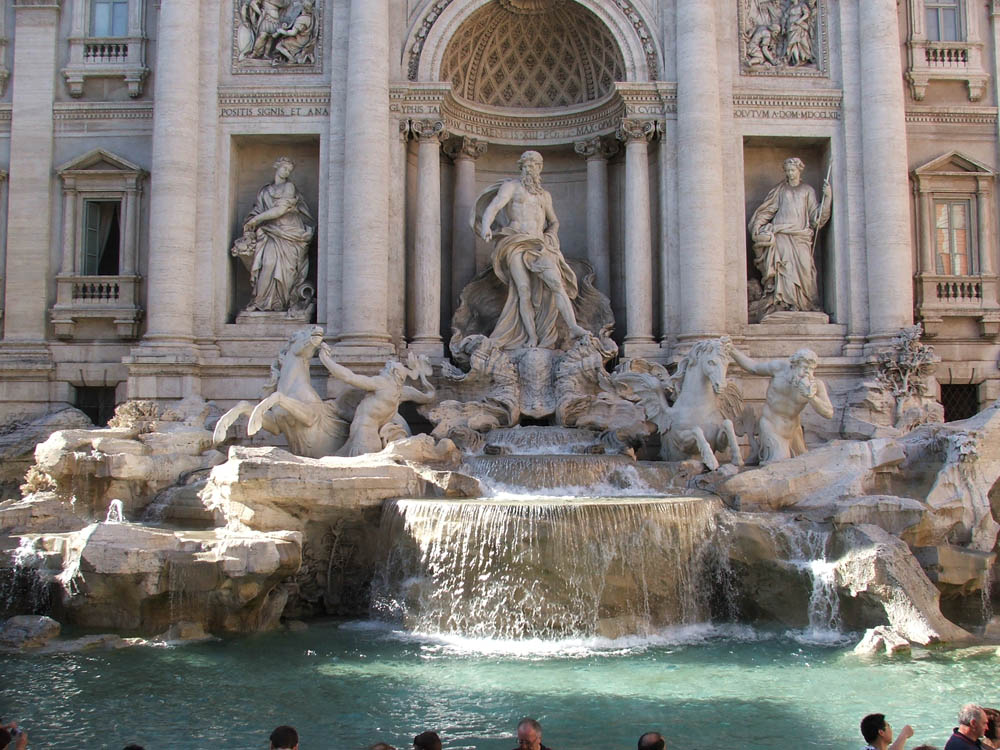 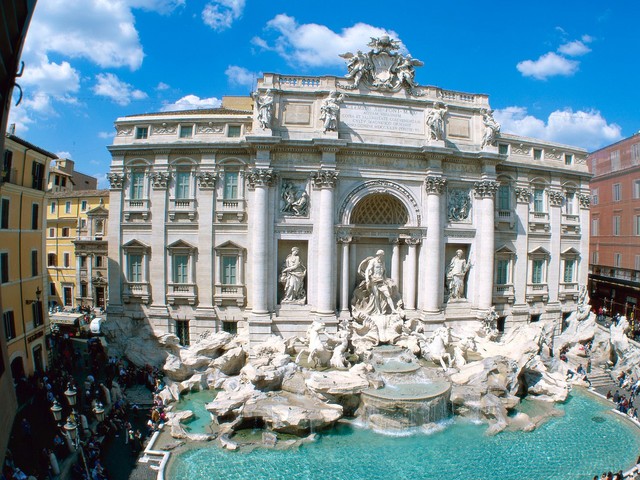 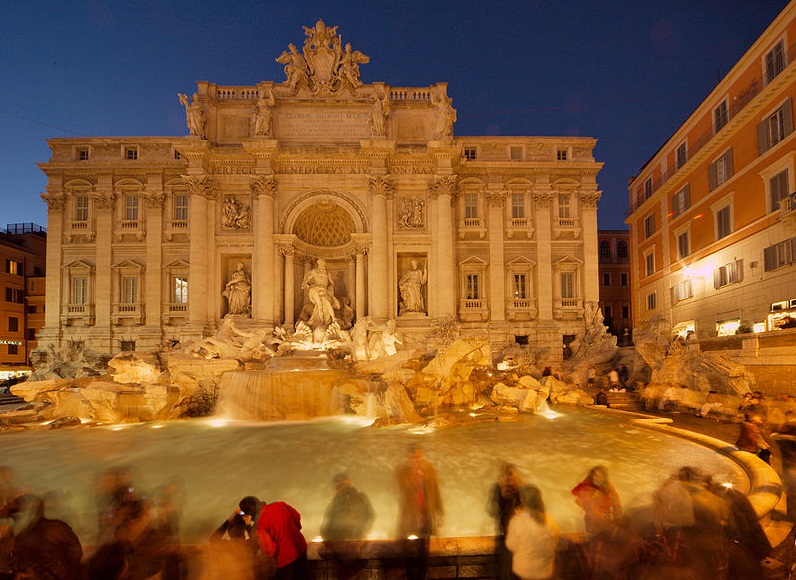