Destinations / The Most Admired Cities in the World / Berlin


Berlin, the capital of Germany, seduces with extraordinary diversity of attractions, its cultural richness and through a dynamic lifestyle and also destinations.These contrasts between the historic buildings and contemporary architecture, between tradition and modernity  characterize the city.

The history of an entire nation is told by the sights of Berlin, from the Brandenburg Gate to the Federal Chancellery. The German capital is the city of all major government buildings, such as  the historic Reichstag seat of the German Parliament.

Berlin is the city of the arts, artists and museums. More than 170 museums - including the famous island world-famous museums - expose the  treasures of humanity. Orchestras including the Berlin Philharmonic, so famous worldwide, and three great opera scenes with lyrical and choreographic performances of feeling make Berlin an eldorado for lovers of classical music worldwide. And numerous theaters, countless theaters and cabarets offer magazine shows for all tastes. Countless possibilities of shopping offers famous Kurfürstendamm,  the elegant Friedrichstraße  and original boutiques around  as the famous Hackeschen Höfe.

Berlin sets the tone in lifestyle, music and art. Inspired by the exuberant creativity, increasingly more artists from around the world came to Berlin, turning the metropolis into one of the most exciting places in Europe. The permanent change characterize this lively and vibrating  city with energy.

Yet Berlin is both a relaxed city with many open spaces that relax outdoors. Berlin is the greenest large city of Germany, with large parks, forests and lakes. This relaxed atmosphere is found everywhere in the city. In summer,  the city life takes place outdoors: swimming pools at bars, cafes and open cinemas and theaters,where people can enjoy the sun and  the warmth of summer nights.


Images of Berlin, icons, photos, figures, visions, appearances, illustrations, snapshots, captures, canvas and pictures of Berlin - The Most Admired Cities in the World 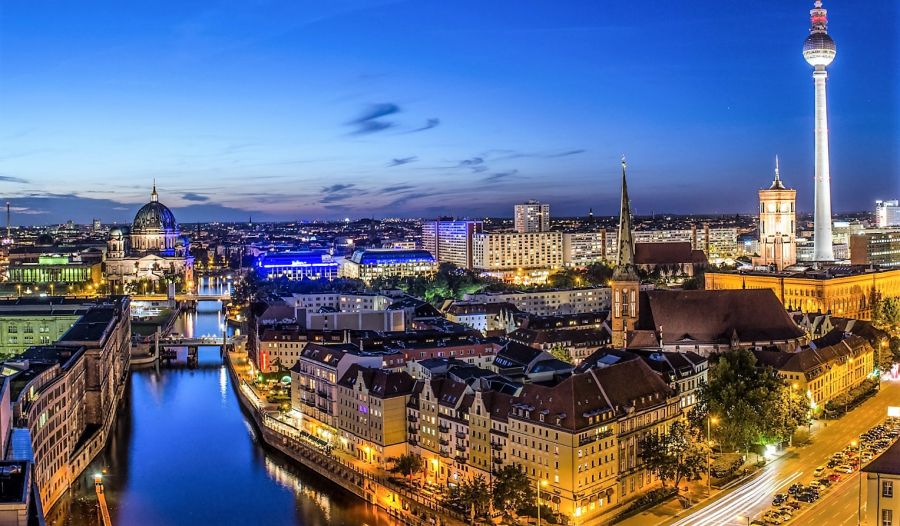