Destinations / The Most Admired Cities in the World / Rome


Italy's capital and one of the European cities full of history, is positioned in the province of Lazio in Italy. It is known for its seven hills: Capitoline, Palatine, Viminal, Quirinal, Esquilline, Caelian and Aventine and it is said  that they stood on the basis to build the city symbol for the Roman Empire.

The historic center of the city is recognized as a UNESCO World Heritage Site, and the Vatican is the symbol of faith, rebirth in modern history. Museums and cultural centers of the city are among the most precious treasures of the world and are part of European history and the  world. Swinging  to modern civilization, with Greece, Italy is recognized through Rome as part of world culture. This  is not only  due to the cultural aspect that it carries, but also to the  modern and glamorous part  dominated by fashion's rules. Fashion is at home in Rome. Shops and creative spaces make the city center a symbol for fashion trends  alongside Paris.

The   Eternal City as it is called Rome, hides important sights such as the Colosseum and Piazza Venezia, Phanteon - a sacred place that still remembers ancient Greece, the Colosseum - a famous meeting place for gladiators, the fountain of Trevi - where all wishes come true by throwing a single currency, the Forum . Because the list is so long, those who arrive in Rome need to buy a travel guide to help them discover the most important treasures of this city. In addition, music lovers have at their disposal impressive concert halls and art lovers can participate in exhibitions and galleries,  you can enter the 20 theaters in the city and can thus be part of a cultural and artistic city.

From Romans we still find the  roads in old stone  impressively high and those supported decorative columns that seem connecting  the sky with  the earth. These columns can still be seen near the Colosseum, in areas remained. Colosseum in Rome, the famous meeting place for the gladiators to die in battle, is yet another example of the legacy of the Roman Empire. Do not forget Trajan's Forum, that ensemble built by Apollodorus of Damascus comprising a rectangular covered with white marble market. Tourists walk through the entrance gate arch form and discover the Column with sculptures depicting famous battles between Romans and Gauls.

For those who love shopping, Rome has to offer plenty of shopping areas, starting with those that surround the old town, to the shopping centers recognized for the variety of products. Among them Euroma 2 Porta di Roma and Castel Romano Outlet Cinecittà Due. It remains the most important area, known as the Via del Corso, which includes dozens of streets that are intertwined like a maze and all the old center, plus Via Nazionale.

Write your Review on Rome and become the best user of Bestourism.com


Images of Rome, icons, photos, figures, visions, appearances, illustrations, snapshots, captures, canvas and pictures of Rome - The Most Admired Cities in the World 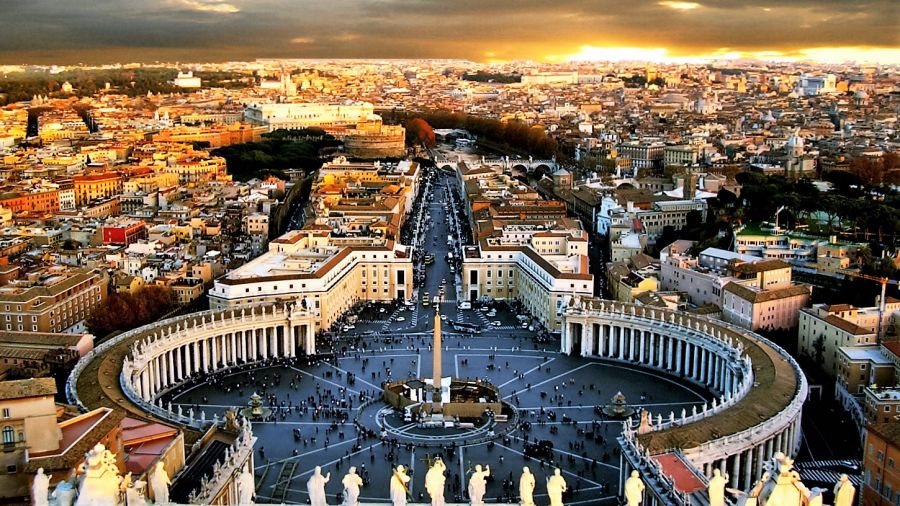