Destinations / The Most Admired Cities in the World / Sydney


Sydney is the capital of New South Wales, the most populous city in the country with 4,250,100 residents and one of the most admired cities in the world. Sydney is the oldest city and the most important economic center of Australia. Captain Cook, aboard the Endeavour, landed in Botany Bay on April 28th 1770 and took possession on the territories of the continent, on behalf of the British crown. The first settlers landed on the continent only 18 years later in 1788.

Natural attractions filled with interesting architectural works, the  cosmopolitan and friendly atmosphere make Sydney one of the most beautiful marine cities. The city really started to be famous after the Olympic games in 2000.  The buildings for gaming and the hotels built on this occasion are considered tourist attractions and accommodation of the first class. Prices in hotels and restaurants are considerably lower compared with those European and American. Besides the huge stadiums and very modern buildings there are small neighborhoods (Glebe and Newtown) with charming bohemian life. The  pleasant climate with warm summers and mild winters make possible the  beach season for 9 months per year.

Sydney Harbour is the heart and the  soul of the city. Moreover, it is the famous Harbour Bridge and the Opera. Any city street provides insight into the harbor and its buildings. The best choice for visiting the port is the arbor cruise Darling.

The Rocks is the site of the first settlements built by the first settlers arrived on the continent. Here are some of the oldest pubs, restaurants with low prices, art galleries and souvenir shops.

The Art Gallery of New South Wales is the most popular choice. Gallery houses  are the largest collection of aboriginal art.

The Museum of Contemporary Art is always something new and challenging in its halls. The best news is that  the entry is free at both museums.

Bondi is the white sandy beach, 20 minutes from downtown, where the Australians find all the possibilities of spending time. Mardi Gras is, starting with the 70 largest  sexual minorities manifestation, which culminates with a giant street parade.


Images of Sydney, icons, photos, figures, visions, appearances, illustrations, snapshots, captures, canvas and pictures of Sydney - The Most Admired Cities in the World 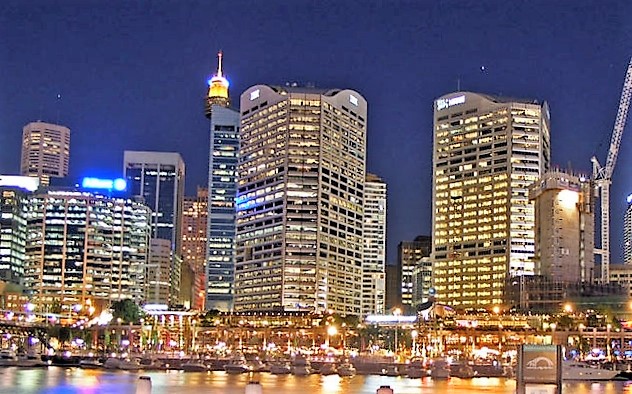