Destinations / The Best Places to Visit in Sibiu, Romania / The Ursuline Church


The Ursuline Church history begins around 1479, when the building was built by the monks. After a period of time the Gothic church was converted into a Baroque building.  The most impressive element is however the Gothic portal on the western façade. The interior is similar with a typical baroque church hall, but the elegance wrought iron balcony on the south wall of the choir and the huge arcade allows the access to the sacristy, which is reached in a chapel perpendicular to the ship; in this chapel could reach the nunnery.In the church there are three altars of recent origin.

On the main altar is an oil painting representing the Virgin crown, and on the left side altar is an oil painting depicting saint Ursula and the Holy Martyrs appearance of Angela Merici , founder of the Ursuline Order. Above is a picture of St. Emeric, and the right side symmetrically at left, is the second lateral altar, which isin oil painting depicting St. Angela instructing children.  The statues of saints who were particularly appreciated by the nuns are placed on both sides of the ship.

Special importance is given to the inscription above the triumphal arch, recalling the Empress Maria Theresa, benefactress of the church. In 1769 the Empress donated nearly 40,000 guilders nuns to expand the monastic buildings. With the passage of religious reform which has led a large part of the population of Sibiu Saxon Lutheran religion, the building came into possession of Lutherans. A complete restoration of the church Ursuline was made in 1969, and again between 1996-1998.

The Ursuline Church is now one of the most important churches in Sibiu.

Write your Review on The Ursuline Church and become the best user of Bestourism.com

Maps of The Ursuline Church 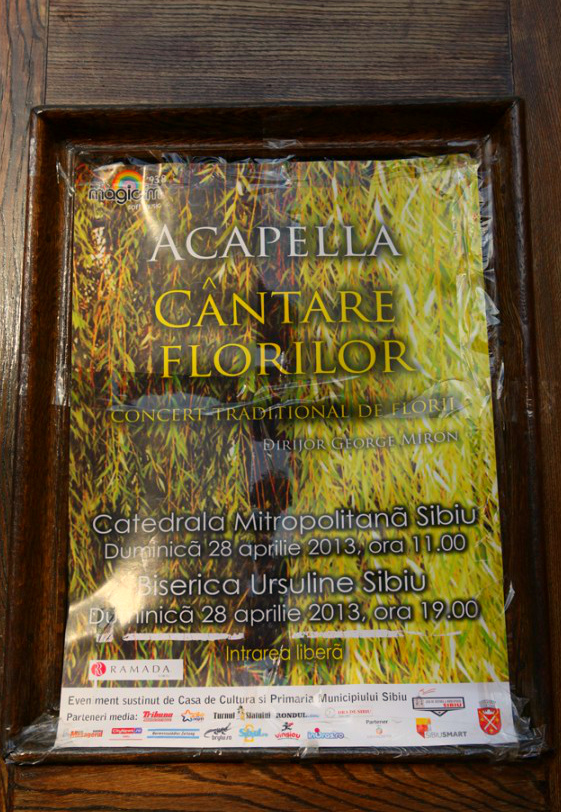 The Ursuline Church - Inscription of the Choir 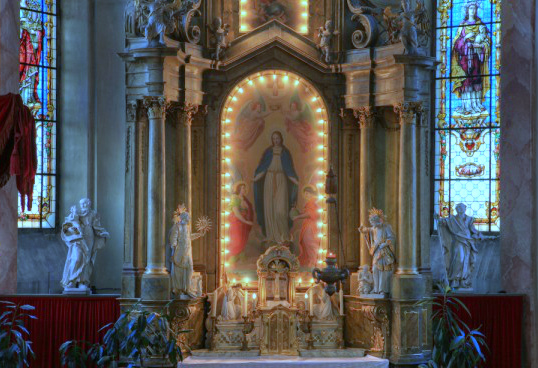 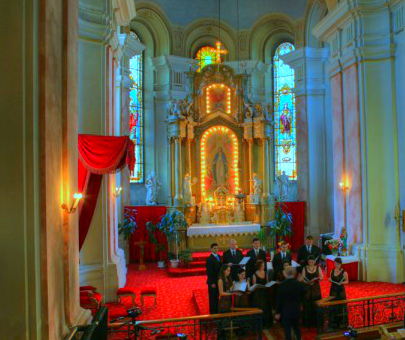 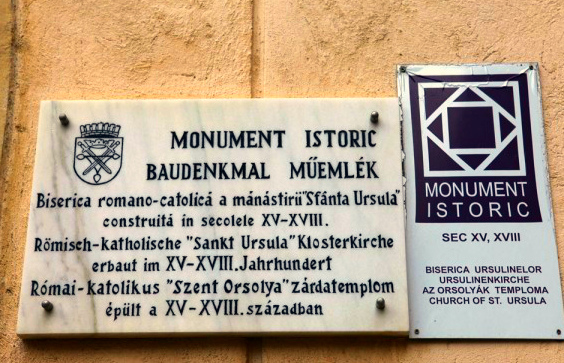