Destinations / The Best Places to Visit in Sibiu, Romania / The Council Tower


The Council Tower in Sibiu is undoubtedly one of the best known symbols of Sibiu. The Council Tower is located rightly in the center of the city ever since the first bricks were laid for the construction of the burg Hermann. Sibiu was mentioned for the first time in 1191. At that time, only a four storey tower had served as a gateway fortification of the second series of fortifications of the city of Sibiu. Because it is located right next to the building where the gathering of the "city council" took place was named Tower Hall.

Over time, the building had many chnages till the Tower reached the form it has today. Only two centuries after it was built, it collapsed after an earthquake. Two years later, in 1588 it was rebuilt. Its base and ground floor, which today serves as pedestrian crossing from the Big Market for Small Square and the medieval Upper Town passage of the Lower Town, remained unchanged from that era. The top of the building underwent significant changes, however. At one point in history, have a pyramidal roof, because after receiving four towers on the sides.Today's form with a single tower in the middle, dated from 1824.

The last repair, the Council Tower has suffered was in 2006 when it was included in the rehabilitation of the entire city hall historic center of Sibiu due to the Sibiu European Cultural Capital event in 2007. Also, in the past it was used as a lookout in case of fire, fortress, granary, custody or national science museum. In the twentieth century, Tower Hall also housed an exhibition of medieval weapons. Nowadays, Tower Hall is just as worthwhile, a museum. The entry to the tower is through a small door and you can climb to the top with a series of concentrically arranged stairs. A ticket costs ten thousand visitors RON equivalent of about 35 cents, payment being made on the first level. The wooden ladders are thick, each floor offering views out through one or two very small windows.Here one can see the thickness of the walls who support, the thickness varies from bottom to top, decreasing from about one meter to nearly half a meter. The last floor houses the operating mechanism of the clock which gives the exact time several centuries in the Market Square and then is guided hundreds of locals every day. From the top of its height equivalent to a building with seven levels, you can see the most beautiful panorama of the city, opening the view to all four corners.

To the south, one sees a part of the Great Square, center, Vasile Aron neighborhood, but also a great view of Fagaras mountains, on clear days. To the east and north the view opens to Sibiu Station Hill neighborhood Guşteriţa and Terezian. The last part, the western show most of the city, Great Square, Balcescu Boulevard, Subarini Park and part of the Apuseni Mountains. A historic monument and symbol of the city, Tower Hall is a column for both locals and supportive central axis around which all life revolves historic center.

Write your Review on The Council Tower and become the best user of Bestourism.com

Maps of The Council Tower

The Council Tower - Tower in winter 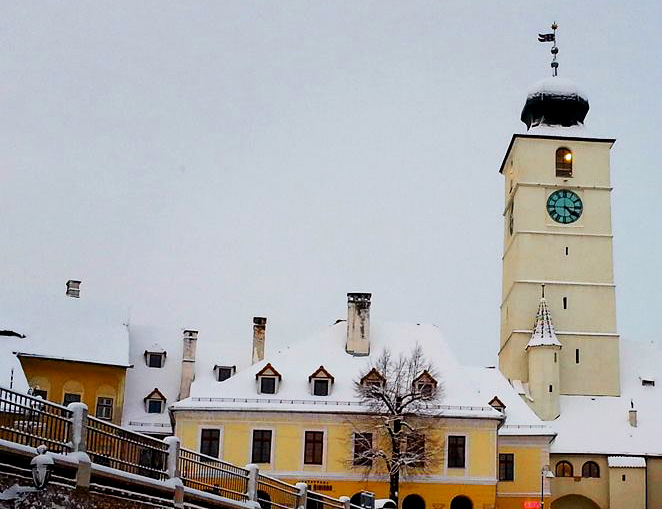 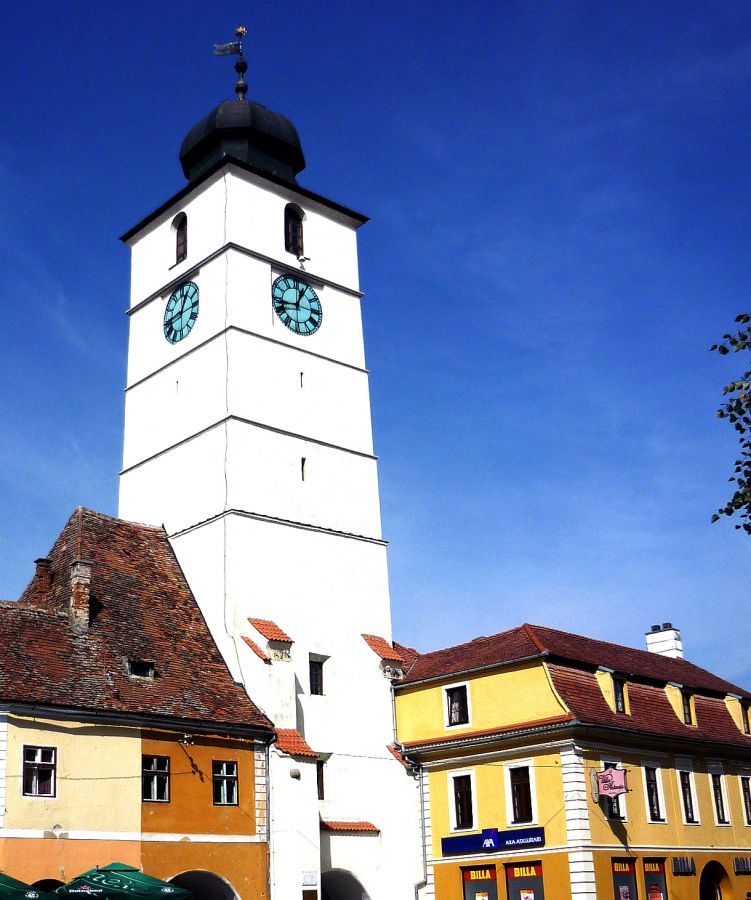 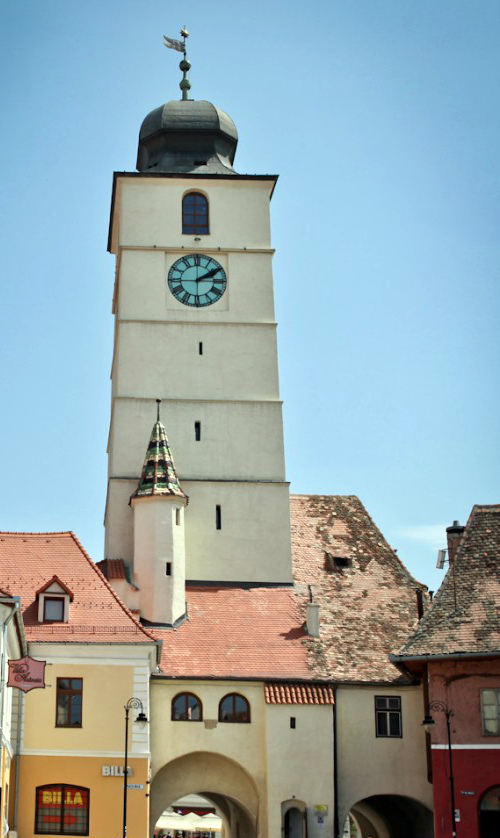