Destinations / The Best Places to Visit in the Peloponnese, Greece / Nafplio


Nafplio is an old and at the same time a lively and modern Greek harbor, clean, quiet and secure, similar with an Italian and a little Turkish town. Well its narrow streets, suddenly leaving abruptly upwards, with balconies, overgrown with thickets of bougainvillea, and numerous cafes and restaurants, were treated in the summer outdoors.

Nafplio is a cozy and romantic city where is always something to see. Not in vain Christos Hatzigiannis said “ You say there is no paradise, yet I live in Nafplio''.

So, if you ever visit Argolis in Greece, you cannot neglect the most wonderful town of it – Nafplio. If you want to know, Nafplio was the first capital of Greece and now is considered a great spot for tourists, a real magnet in summers due to its pure, sunny beaches, colourful bays, culture, history and not only.

As a major eastern port of the Peloponnese, Napflio had to have proper defense. The first of the bastions of the fortress became Akronafplia, built on the site of the ancient acropolis. Before the arrival of the Venetian city is actually located within the fortress.

The most photographed spot of Náfplio and its point of reference as well is Bourtzi, the Venetian small fortress standing on the rocky islet of Agioi Theodoroi. Bourtzi was erected on the top of a cliff at the entrance to the port city. Today you can take a boat trip to the castle from the port and evaluate the views of the city from the sea.

Palamidi is the most monumental and impressive town castle standing on top of a 216-meter hill. Built by the Venetians in the early 18th century and which is a system of individual bastions connected by walls, the fortress is considered to be a masterpiece of military architecture. You can get in on the road to the east gate or stairs on the west side, east of the Grimani bastion. Locals say that it consists of 999 steps, and, in fact smaller steps ("only" 850), climbing stairs requires some physical fitness. At night the city is living an active life, everyone can choose at will a cozy bar with soft music or a disco.

Located in one of the most beautiful buildings in the city in Syntagma Square the Archaeological Museum has an extensive collection of artifacts from the Neolithic period. In the exhibition halls of the video broadcast with English subtitles., telling the story finds. Permanent exhibition of the branch of the National Gallery (Museum Alexander Sutsosa) is devoted to the War of Independence, are also temporary exhibitions.

The Museum of Folklore Peloponnese (Vasileios Alexandros 1) presents a wonderful collection of Greek national costumes and other household items. Recently, part of the museum reflects not only rural but also urban life in Greece, including Nafplio in the 19th century.

You can also visit here the prestigious Peloponnesian Folk Art Museum, The Children’s Museum , the one of its kind “Komboloi Museum”, The Town Hall in the Trion Navarhon square, The statue of Ioannis Kapodistrias, The War Museum, housed in the buildings of the former Military Academy, the houses of regent Armansberg and Mauer, the “Lion of the Bavarians” standing in the suburb of “Pronia”, Theodoros Kolokotronis Park with his statue standing there, the recently renovated “Pili tis Ksirás” (Shore Gate).

And do not forget of the beaches, Arvanitia, Karathonas, Nea Kios, Miloi and Kiveri where you can lie in the sun and at sunset take a romantic stroll.

Follow your dream and discover the most romantic towns of Greece, in eastern Peloponnese, find this paradise with Ottoman fountains and Venetian Castles, ancient walls and beautiful architecture and culture.

Write your Review on Nafplio and become the best user of Bestourism.com 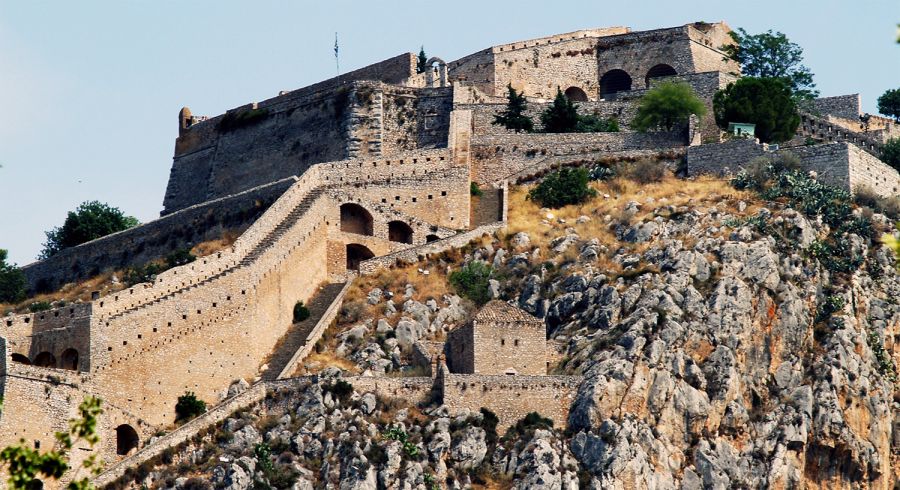 Nafplio - The castle of Palamidi 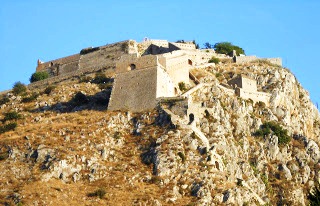 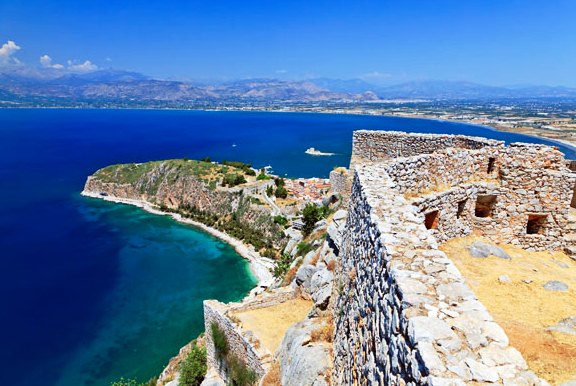 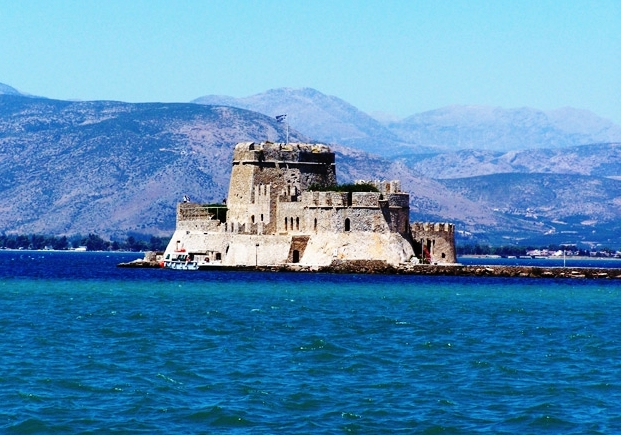